This week you should have been meeting up with your G7 colleagues at Camp David. Covid-19 has stopped that happening but there is so much going on that I thought I should send you my briefing note anyway.

We asked Sir Peter Westmacott, the UK’s ambassador to the United States while President Obama was in the White House, to look at the vacuum in global leadership, how it will be filled – and the many challenges ahead. He wrote the sort of candid personal letter that he would have sent home as a diplomat to the prime minister of the day.

The G7 leaders of the world’s most economically powerful nations should have been meeting this week – at a time of uncommon peril as Covid-19 presents one of the greatest collective challenges ever faced to human health and wealth.

Of course, the summit, planned for the US president’s retreat at Camp David, has been postponed. And so, it seems, has any semblance of joint global strategy.

Nations should be united in common cause: to revive the world’s economy; in pursuit of a vaccine; and to fix the obvious weaknesses exposed by the pandemic in global supply chains and international health efforts.

But the key international relationships are marked by self-interest and blame, not co-operation. China is not part of the G7, but casts its shadow. And when seven billion people need direction, has Covid-19 underlined that the long era of American leadership is over? David Taylor, editor

President Trump was delighted to be host. He always likes to be centre stage but the summit would have been a welcome distraction from his slow and confused response to the pandemic and from how, in marked contrast to his predecessor, he made things worse not better when Americans took the streets following the killing of George Floyd in Minneapolis. Every judgement he makes from now until 3 November will be viewed through the prism of whether it helps him win a second term.

That is currently looking less likely than before the pandemic. Trump’s base is holding up – he has delivered hundreds of conservative judges, sided with white supremacists, stood up for the gun lobby and given tax cuts to the wealthy. His attempts to smear his opponent Joe Biden don’t currently seem to be working but much will depend on whether there are signs of an economic bounce-back before election day; and on turn-out, especially in the six critical swing states of Pennsylvania, Michigan and Wisconsin where Trump sealed it last time, plus Florida, North Carolina and Arizona. Democrats I talk to currently point to the betting spreads – not just the polls – slightly favouring Biden and dare to hope for a clean sweep of White House and Senate (not even Republicans expect the Democrats to lose the House).

The summit would have taken place against a background of failure of the global institutions, including the G7 – to organise a meaningful collective response to the C19 crisis. Everyone knows that the WHO chose to praise rather than lambast China for its performance in the early stages of the outbreak, in the hope of eliciting a more honest and transparent response. But your counterparts are clear that Trump’s decision to walk away from the WHO had more to do with pointing the finger of blame before the US elections than with improving our ability to act collectively.

This is symptomatic of a wider problem – the disappearance of US moral and strategic leadership under Trump. The causes are legion: take for example his protectionist focus on “America First”, the trade wars with China and the EU, the undermining of NATO, the renunciation of international arms control agreements, of the Iran nuclear deal, his trashing of the Middle East Peace Process, his vainglorious but failed attempt to denuclearise North Korea, his abandonment of the Paris climate accords, and his unique contribution to the creation of a post-truth world in which the West has largely forfeited the right to call out others for bad behaviour.

Crises accelerate trends more than they create new ones. When Covid-19 hit us, the free world was already rethinking its attitude towards the rise of a China more interested in consolidating the power of the communist party and its leader, Xi Jinping, than in the welfare of its people or engagement with the rest of the world on any other than its own terms.

You will recall coming under heavy US pressure in January to exclude Huawei from Britain’s 5G telecoms infrastructure. Allies and friends in South East Asia were already very exercised about China’s militarisation programme and disregard of the findings of the UN Law of the Sea Convention rejecting its territorial claims. Taiwan was feeling threatened while China’s attempt last year to impose an extradition treaty on Hong Kong was a foretaste of its attempt now, under cover of the pandemic crisis, further to undermine “one country, two systems” with new national security laws jeopardising the territory’s fundamental freedoms.

Covid-19 has also accelerated the concern of China’s trading partners about the resilience of their supply chains. Early in the crisis, Jaguar Land Rover had to halt production because of a lack of components made in Wuhan. Companies the world over are now looking again at whether “just-in-time” deliveries from far away Chinese suppliers need supplementing with “just-in-case” arrangements nearer home.

Your own launch of Project Defend designed to improve the resilience of strategically important firms is being matched by similar rethinking elsewhere in Europe, where Macron and Merkel have joined forces to press for greater EU sovereignty. That in turn followed the EU’s decision last year to designate China as “a systemic rival promoting alternative systems of governance”, as concern has grown around China’s increasingly apparent agenda of seeing the Western model of individual liberty, freedom of expression and democracy replaced by acceptance of authoritarianism and the party-state.

China likes to pick off individual countries, as we in the UK have seen in the past. After Australia called for an independent investigation of the Covid-19 outbreak, China imposed an 80 per cent tariff on its imports of Australian barley. So it will be important to forge a common approach. It was unfortunate that in March US Secretary of State Pompeo blocked a G7 statement on the pandemic because other governments would not agree to describing it as “the Wuhan virus”. But Dominic Raab’s call with the foreign ministers of our Five Eyes intelligence partners on 2 June to discuss Hong Kong was a good start.

As far as possible, however, we should aim to work with rather than against China. It is heavily invested in the global economy and has vast trade surpluses with the rest of the world. It has also begun to move in the right direction on imports and inward investment – if not yet on protection of intellectual property. But as you have made clear with your offer of a path to citizenship for Hong Kong’s British passport holders, that cannot be at the cost of surrendering fundamental principles or reneging on our international commitments.

Trump has said he thinks Putin should be invited to the next G7 summit, whenever it takes place. You have said firmly that you don’t agree, for the very good reason that there has not been the improvement in Russian behaviour in Ukraine required by the Minsk agreements. Trump is close to Putin, and his business dealings with Russia go back many years. So he may try again, perhaps with the support of Macron who wants to “re-engage” with Russia.

In Putin’s playbook, compromise is weakness so you may need to remind your colleagues of his mission to recover the ground he thinks Russia lost in what he has called the “greatest geo-political disaster of the 20th Century” when the Soviet Union imploded; of Russia’s role in systematically undermining elections in free countries; and of the Kremlin’s nasty habit of trying to murder its critics and opponents on the streets of British cities.

Your European counterparts are likely to raise their concerns at the current state of Brexit negotiations. They have understood that you won’t be asking to extend the transition period beyond the end of the year. They would like a deal to be reached in the remaining six months since they too will be losers if there isn’t one. But just as your team argue that the Commission are being unreasonable, and have moved the goalposts, so Barnier & Co think we have changed our position since you concluded the Withdrawal Agreement and political declaration last year and that the bespoke arrangement we are asking for is much more than the simple Canada-style agreement we say we want. Waiting for, or provoking, a breakdown, in the hope that political leaders will come to the rescue is unlikely to work: we should be preparing for either stop-the-clock at the end of December while a last-minute fudge is worked out, or no deal at all.

Beyond those detailed negotiations lie some big issues related to Britain’s place in the world and our global influence. The E3 arrangement between France, Germany and the UK still functions, and is helping to manage the fall-out from Trump’s abandonment of the 2015 nuclear deal with Iran. More generally, on many of the big international issues the UK is more naturally aligned these days with its European partners than with the US. But there is still a sense that we currently have little bandwidth or inclination to play the kind of substantive foreign policy role we have played in the past, and disappointment in EU capitals that we don’t want to include foreign and security policy in the structure of our new post-Brexit relationship. I would say this, wouldn’t I, but we need to guard against the risk that, despite the talk of Global Britain, we find ourselves unable to exercise as much influence outside the EU as we did inside it – a concern shared by foreign policy experts in Washington.

So at some point you might want to consider boosting our soft and hard power alike by bringing together the substantial resources of our defence, international development, international trade and foreign ministries in more joined-up fashion to restore the UK’s global credibility, trust and diplomatic clout. Our friends feel we have left the stage and want us back. We have in the past come up with original ideas, built bridges and helped solve problems. We should aspire to do so again. 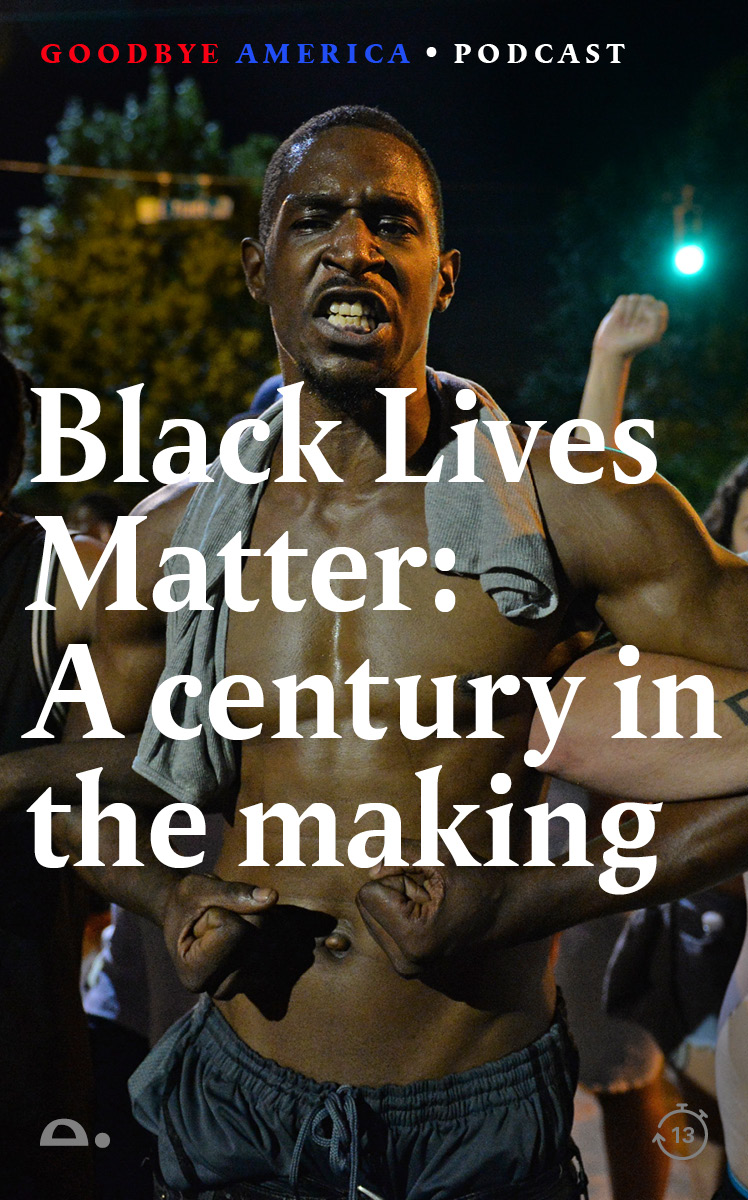