Universities in crisis | Years after the graduation ceremony, what really endures about the university experience is the memory of a communal life, away from home for the first time. But life on campus, like so much else, cannot return as it was.

Crack the books in the study room, lift some weights in the purpose-built gym, or get a drink in the skybar. Just some of the options for students living at Zenith, a new 25-storey, 675-bedroom tower in central Cardiff.

Students, a steady and reliable flow of them, are big business for universities.

But the hundreds of thousands of undergraduates arriving each year are also a source of income for the companies and investors behind a new crop of purpose-built aspirational accommodation blocks offering a student lifestyle a world away from the traditional shared houses with a communal fridge from hell and ice on the inside of the windows.

Will Covid-19 bring an end to the good times for the new breed of student landlords? David Taylor, editor

Zenith is merely one of the tallest, brashest examples of a striking phenomenon, which has seen private student accommodation sprouting up across the skylines of the UKŌĆÖs cities and university towns.

Rising student numbers, particularly from abroad, and an injection of private capital has transformed a small off-shoot of the university experience into a financial asset class of its own. But the coronavirus pandemic threatens to bring down the breakneck expansion of recent years.

The total estimated value of the UK student accommodation sector is around ┬Ż57bn. And prior to the pandemic, business was booming. In February, the American private equity firm Blackstone secured a deal to purchase iQ, a British student housing company, for ┬Ż4.7bn.

Indeed last year over 27,000 new student accommodation beds were added in the UK, with over 90% of these coming from the private sector, according to real estate firm Knight Frank.

ŌĆ£It has been maturing ŌĆō it is no longer a niche investment,ŌĆØ he said. The growth in the market is testament to this. In 2012, just over ┬Ż1bn of transactions took place in the UK. Last year, it hit ┬Ż5.2bn.

The tipping point for the sector was in 2012, according to Merelina Sykes, joint head of student property at Knight Frank. ŌĆ£ThatŌĆÖs when UK institutional pension funds and international investors started investing in purpose-built developments following the demise of the Opal Property Group. One reason institutional investors like the sector is because it has a history ŌĆō they can look at rental growth and see how it has evolved.ŌĆØ

This boom has been driven by two key pillars ŌĆō the overall rise in student numbers, and the UKŌĆÖs position as a world leader in higher education, attracting students from around the world. And it is the parents of those international students who tend to be wealthy, and keen for their children to enjoy a safe and comfortable environment┬Ā thousands of miles from home.

Pre-pandemic, their numbers were rising. The academic year 2017-18 saw a 10 per cent increase in international students, compared with an overall 2 per cent rise in the student population, according to the Higher Education Statistics Agency.

However, the coronavirus outbreak has led to fears that those international students may dry up, put off by logistical constraints ŌĆō can they even get on a plane? Or by the idea of paying tens of thousands of pounds for what might in effect be online courses.

The University of Manchester laid out its worst-case scenario for the year: 80 per cent of students from outside the EU, and 20 per cent of UK and EU students could defer or drop out. The university estimates it could lose ┬Ż270m in a single year. This would have a significant knock-on effect on the private accommodation sector.

Neil Armstrong, joint head of student property at Knight Frank, is confident that domestic students will still take up their places at university. But the issue for the property industry is that the UK students are less likely, or able, to pay those high private accommodation fees. ŌĆ£International students are perceived to be able to pay more than the domestic students,ŌĆØ he said.

Duncan believes that if international students stay away, providers, especially those at the premium end, will have to cut their rents in order to attract domestic students. One provider in London has discussed cutting its rents by one-third. This will inevitably hit bottom lines.

ŌĆ£At the premium end of the market, you have to charge a high rent to drive an economic return. ItŌĆÖs not that there wonŌĆÖt be demand, but prices will be lower in order to attract domestic students. Will they be viable? It depends on how long this goes on for. One year ŌĆō fine. Five years ŌĆōprobably not.ŌĆØ

One partner in a law firm who specialises in construction said he worries┬Āabout the future of some of these developments. ŌĆ£If fewer students go to university, then immediately you wonder about the viability of these schemes.ŌĆØ

Earlier this month, Empiric Student Property, a high-end provider, announced it expected to report a fall of up to 12 per cent in revenue in this academic year. However, it went on to note that it has 47 per cent of rooms reserved for the next academic year, compared with 54 per cent at the same point last year, with bookings still coming in.

The demise of the private student accommodation sector would be welcomed by some. Developers of student blocks do not face the same demands as other property developers; no need to provide minimum levels of affordable housing,┬Ā or other community amenities. Furthermore, unlike hoteliers, owners do not pay business rates, while students, often away for large parts of the year, do not pay council tax.

If students stay away in significant numbers, developers may try to fill their beds with non-students, though this requires additional planning consent.

ŌĆ£There is a perception that developers are getting around giving a contribution to affordable housing or better amenity space. Local people fear they are exploiting a loophole in the planning system. It is essential to demonstrate to the public that these schemes do meet the requirements that non-student accommodation would be expected to meet,ŌĆØ said Roisin Willmott, a director at the Royal Town Planning Institute.

Developers deny this, arguing that the financial and reputational damage of taking on non-students outweighs the benefits.

Duncan remains broadly optimistic for the sector. ŌĆ£Rents may have to come down but I believe in the structural outlook for UK higher education. Ultimately, we have two million students and roughly 625,000 beds.ŌĆØ Indeed, demand for student accommodation is rising around 30 per cent faster than beds are being developed, according to a recent report from real estate firm Cushman & Wakefield.

There are other reasons for optimism. This year is likely to be the demographic low point for the number of 18-year-olds in the population, which will begin to rise in 2021.

Armstrong too is confident in the resilience of the sector. ŌĆ£From an investment point of view, interest is still high because of its counter-cyclical nature. As we enter a potential recession, it is more important for young people to have the best opportunity to get a job in the future. One of the best ways of doing that is to go to university fuelling demand for purpose-built student accommodation.ŌĆØ 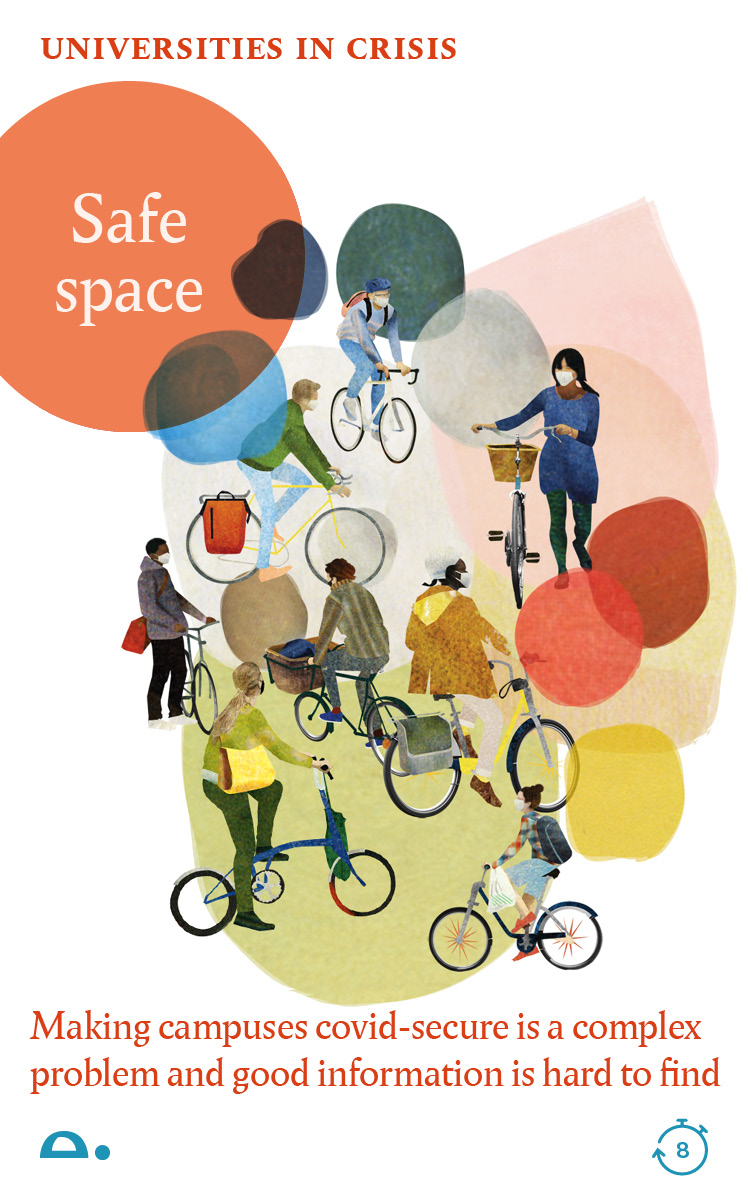