Owned by rapacious hedge funds and financed by declining ad revenues, American newspapers are in a whole lot of trouble

American journalism’s house was already on fire. The pandemic merely threw gunpowder on the flames. What emerges after this crisis will need to be built from the ashes.

Advertising has, of course, cratered for news media. Some newspapers have printed entire editions without display ads. More retail advertisers are heading into bankruptcy. Online, some advertisers are blocking their ads from appearing on Covid-related news content. Could this spell the collapse of the attention-seeking, click-based, mass-media marketplace?

The evaporation of ad revenue will, I fear, drive more publishers behind their latest false messiah: paywalls. News organisations are indeed seeing a corona-bump in subscriptions, but I believe that will be transitory. An excellent analysis of the L.A. Times’ travails before Covid-19 makes clear that most subscription revenue will go to the big, national brands – Washington Post, New York Times – and not to the rest. The news industry has an entitled attitude about subscription revenue, believing they deserve to be paid, but the market dares disagree.

I have urged news organisations to learn from The Guardian’s success with contributions – it now has almost 1 million supporters donating what they can. Stat, the gold standard for Covid-19 reporting from the owner of the Boston Globe, has made its pandemic coverage free and is giving readers the opportunity to contribute in appreciation (I have). After publications owned by McClatchy – one of America’s largest local newspaper chains – pulled their Covid content behind the wall, they too created a place to contribute. My former employer, Advance Publications, is asking readers to pay for “voluntary subscriptions” to their still-free sites. Here, for-profit companies compete for finite charitable dollars with America’s growing number of not-for-profit news outlets, which are also experiencing a Covid bump in donations.

We had also seen much early success with newspaper and other media events. Skift, an excellent business-to-business service, made most of its revenue from events serving the travel industry – now it, too, is seeking contributions.

Desperation is the mother of grant proposals and news organisations are seeking rescue from philanthropy. More money is flowing to news from Google, Facebook, and foundations, but that will amount to bandages on gushing wounds.

Government? A former student of mine, Simon Galperin, has an innovative idea for “community information districts”, by which local tax-style payments could be collected to fund local journalism. I have long warned against government support of news with a two-word argument: Donald Trump. For just as long, my UK friends have pointed to the BBC to counter my view and now I have two words for them: Boris Johnson. Sure, as Matthew d’Ancona explained in Tortoise yesterday, the BBC may have survived Johnson’s most recent predations – but relying on the generosity of politicians is, in general, a risky business.

The death of newspapers has been long foretold. What will likely kill them in the end is their debt and who owns it: hedge funds. A few months ago, McClatchy was forced to declare bankruptcy under the weight of pension obligations; two hedge funds have started the bidding for the company. With colossally bad timing, newspaper giants Gannett and Gatehouse combined at the end of last year to form America’s largest newspaper company. In the crisis, its stock is worth under $150 million yet it owes the hedge fund Alden Global $1.8 billion. Alden also controls MediaNews Group (née Digital First) and a third of Tribune Publishing (née Tronc).

“Hedgies will be hedgies,” a newspaper executive friend once warned me. That is to say, hedge funds will buy distressed debt, cut costs, sell hard assets, and siphon off capital and cash. They are not known to invest in innovation and risk, which is what journalism needs to utterly reinvent itself in the new reality of the internet age, let alone the Covid age. Newspapers that aren’t run by hedge funds are owned by families, who have seen the value of their assets implode; they, too, have no appetite for investment and daring.

Thus I see no resurrection coming for the legacy newspaper business. I don’t blame just the owners. I also find fault with journalists and executives who for too long practised cognitive dissonance about the inevitable future and the imperative to change. In this, American newspaper companies are somewhat better than some European newspaper companies, which still have digital revenue in single digits; that is suicidal.

Neither do I hold out hope that television will take this opportunity to reimagine the field. At the beginning of New York’s lockdown, it was wonderful to see TV news forced to break with its beloved conventions. Suddenly, we could see into commentators’, reporters’, and even anchors’ dens at home. But TV reverts to the mean. Producers quickly added background screens to hide TV personalities’ humanity; they can’t help but be plastic.

More important, video conferencing means TV news could hear from a multitude of voices never seen in mass media. They can call on any scientist with relevant credentials in this crisis and every under-served community affected by it. But have they done this? No. Television news in the US remains a closed society of the already powerful, the usual suspects.

As a habitual heretic in the news business, I believe the internet is not a medium. Instead, media are becoming a subset of the internet, along with most every other industry and institution. In this newly connected world, society is relearning how to hold a conversation with itself after half a millennium in the Gutenberg age. I believe it is our job to recast journalism in service to the public conversation: first listening to understand the needs of citizens and communities, then helping them improve their lives.

My definition of journalism: to convene communities into respectful, informed, and productive conversation.

In this crisis, I see old, American media bringing the tool they already knew – storytelling – to the extraordinary needs Covid reveals. I hope renegades, including my students, will recognise the opportunity to use the new tools the internet provides to listen to communities and connect them with information and expertise in new ways, building a revolutionary journalism atop the scorched earth that will remain when we reach our new abnormal.

Jeff Jarvis is a media commentator, author and professor at the Craig Newmark Graduate School of Journalism. He runs the influential media blog, BuzzMachine.com 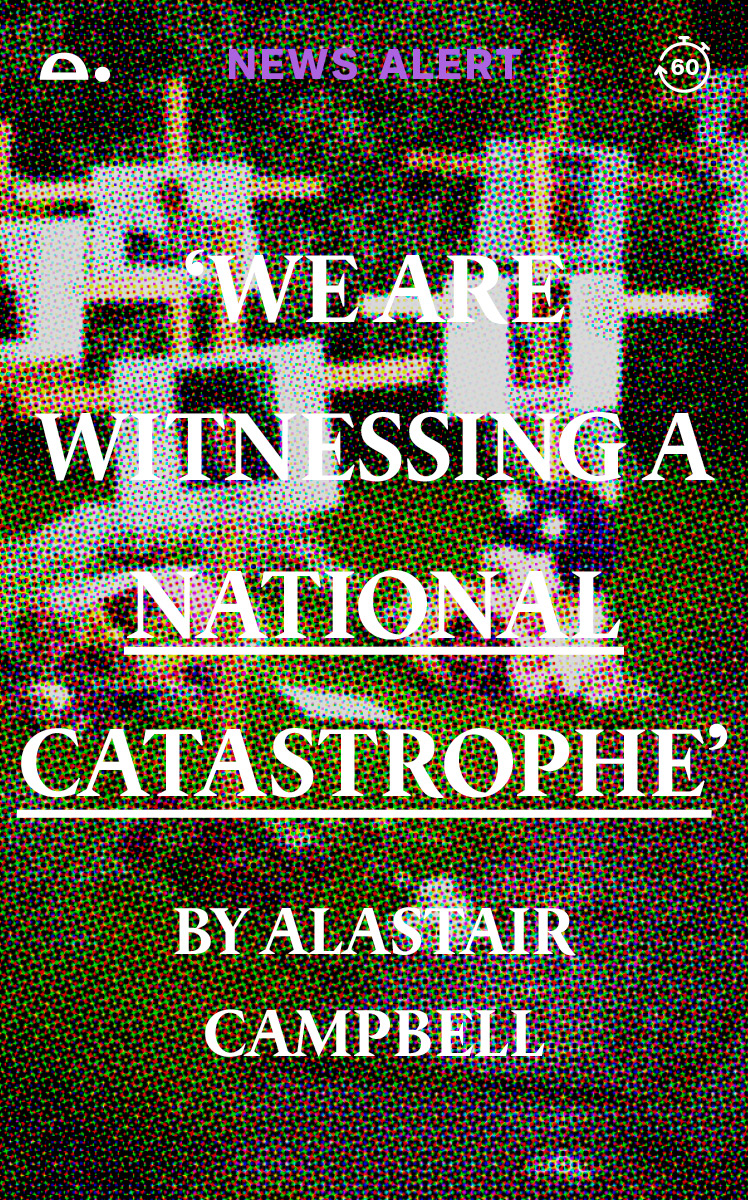 Yet neither politicians nor the media seem willing to see it