The whole industry urgently needs a bailout. There isn’t one coming

Within two weeks of lockdown, almost 1,000 employees of Reach, the UK’s largest regional newspaper publisher, were put on furlough, told to go home and draw government pay while the biggest story of their careers unfolded. Although the majority of these employees were not journalists, this doesn’t diminish what Alison Gow, editor-in-chief of the group’s regional digital titles, describes as “a heart-breaking, horrible situation to be in”.

Reach, which also publishes the Mirror and Express national titles, is far from alone in a newspaper industry that’s covering the impact of Covid-19 while also facing an increasingly grim post-pandemic future. Research by the UK Press Gazette found that more than 500 publications have made or face cuts due to coronavirus. Titles including the Financial Times, Telegraph, Guardian, Times and Mail have resisted cutting editorial jobs, focusing instead on a range of other measures, from unpaid leave to management pay cuts to the furloughing of non-editorial staff. But the three big publishers of local news, Newsquest, Reach and JPI Media, have all either closed titles or furloughed journalists.

The coronavirus has delivered a double whammy to a newspaper industry already suffering its own existential crisis over the switch to digital. Not only have many advertisers decided not to market their wares alongside stories of death and disaster, but many sectors that previously favoured newspaper ads – such as travel, entertainment and even food – were undone when the lockdown was announced on 23 March.

At the same time, the trend for consumers to take their news online-only was exacerbated when their whole lives went the same way, dealing a double blow to an industry that still relies on print advertising revenues and cover price sales. The impact has been swift.

It is not hard to see how Covid-19 could be the final death knell for an industry already suffering from severe underlying health issues. Revenues have been draining away for more than decade now, largely to tech platforms that host all news content, while those for whom newspaper reading is a habit are ageing.

Claire Enders, whose eponymous analysis firm has done much to chart the crisis in the news industry in recent weeks, told Tortoise: “The way things are currently looking, only two or three paper-based groups will survive this conflagration.”

At the last count, Enders estimated that the news media could lose more than £1 billion of revenue in 2020, with more than £750 million from a decline in print media advertising alone and the rest from declines in online advertising and circulation revenue. At these levels, it estimates that 5,000 journalists and dozens of publishers are “at risk”. Yet because the crisis is dragging on for even longer than expected, Enders Analysis will this week downgrade its forecasts even further.

For smaller independent titles, the outlook is even more challenging. A survey for the Public Interest News Foundation found that 75 per cent are at risk of closure because of the crisis.

Rasmus Kleis Nielsen, director of the Reuters Institute for the Study of Journalism, one of more than 100 people to take part in a Tortoise ThinkIn on this issue, described the current situation as “brutal”. “Top line revenues will decline and that will have direct consequences on employment and titles will close down. It’s a grim picture.”

The most in danger are local news providers, drained of resources since the turn of the century as owners focused on short-term profits and largely failed to invest in future growth online. This has come as demand for local news continues to stay strong and stay-at-home edicts bring us, if anything, closer to our local communities.

The speed of the crisis has given impetus to questions which have been asked for years. Can democracies afford to let the existing market for news fail? And, if not, what can be done to save it?

A bitterly competitive industry has made joint overtures to the government, with media minister John Whittingdale holding a series of meetings with industry bodies, including the News Media Association and Newsworks, in recent weeks. These talks brought about two concessions – first, a public information campaign in which the government will pay some £35 million over three months to more than 500 print publications. If successful, this scheme could be extended. On the last day of April, the Treasury also announced it would bring forward a tax break on digital subscriptions by seven months.

Tracy De Groose, chief executive of Newsworks, a marketing body for national newspapers, welcomed these moves but said: “There’s still a lot more government could and should do. There are lots of people talking about problems and not enough people talking about solutions.”

In the US, there is talk of a “Marshall Plan for News”, after the American aid programme that supported Europe’s recovery after World War Two. In the UK, there are also lots of ideas, few of which are entirely unproblematic or uncomplicated.

Unlike many continental European countries, where governments have either stepped forward with funds to match missing advertising revenue (Denmark) or provide free utilities to news organisations (Italy), there is no history of government subsidy for newspapers in the UK’s unique media ecosystem. Apart from the odd tax break, such as possible charitable status, a fiercely independent news business is hostile to any government involvement anyway.

Instead, the newspaper industry lobby wants the government to do more to regulate technology platforms such as Google and Facebook, which have upended the market for news. The National Union of Journalists has called for a windfall tax, while other suggestions include insisting on licensing deals for news providers, or changing the rules around ad blocking which currently allow advertisers to avoid association with “bad” news.

Other countries have started to listen to such pleas. Australia is planning to force Google and Facebook to share ad revenues with media companies, while France has already introduced measures to redress the dominant position of the platforms in ad sales. In the UK, such moves are complicated by several factors, including the power of technology, history and the need for post-Brexit trade talks with the US. The Trump administration is understood to have let it be known that it will not look kindly on measures against Silicon Valley when they negotiate the bipartisan talks with the UK.

Changing that situation will take time, which many of the most beleaguered news organisations do not have. So others are instead returning to the recommendations made by the Cairncross Review, commissioned by the last government to review the future of news, which suggested a sort of Arts Council for news, with funds to award to worthy causes. The last government effectively rejected the idea and Whitehall insiders suggest there is still little support for such a direct subsidy, despite the current crisis. The Public Interest News Foundation, which was set up after the review’s publication, has focussed on smaller, independent news providers.

Politics is about priorities, of course. And the Treasury, faced with a national crisis, is understood not to feel as though newspapers are one of them.

There are also philosophical questions over what support should be provided for profit-making entities, even ones providing a public good such as news. Essentially, to what extent should taxpayers support news organisations that, for years, increased dividends and executive pay, rather than investing in newsrooms?

During the difficult coming months, many newspaper insiders are clinging to the fact that, if nothing else, the Covid-19 crisis has proved that demand is still strong. Digital audience figures are at all-time highs for many news organisations. If revenues continue to sprint in the opposite direction, however, there will be far fewer journalists and news organisations to meet that demand in future.

Jane Martinson is a columnist for The Guardian, and was formerly the paper’s head of media. She is also the Marjorie Deane professor of financial journalism at City University, London. 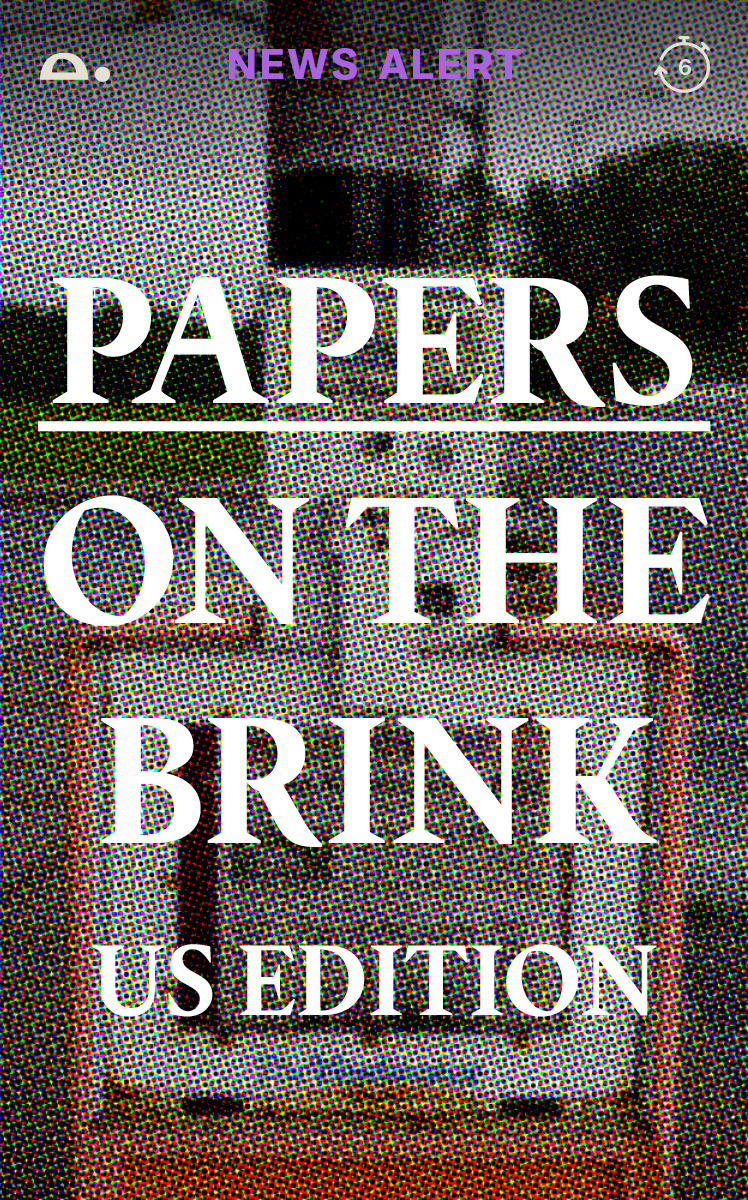 Owned by rapacious hedge funds and financed by declining ad revenues, American newspapers are in a whole lot of trouble