How many homeless women are living on the streets in the UK? It’s a simple enough question, but one that is disturbingly difficult to answer. There are plenty of reasons for this.

Here’s the first: Wales and Northern Ireland simply don’t report the number of women sleeping rough in their official street counts, meaning we can’t get a total for the UK.

The second is that even if all the UK countries reported the number of women sleeping on the street, their different methodologies for counting would still prevent us from summing them up to get a single “UK” figure.

But the third problem is the most fundamental. The way in which we count homelessness, and in particular rough sleeping, is inherently biased against counting women.

…then here are all the rough sleepers seen in England on a single Autumn night in 2018 – 4,677 people in total.

But this is just a snapshot of a single night. The Greater London Authority’s “Combined Homelessness and Information Network” (CHAIN) database – widely regarded as the UK’s most detailed and comprehensive source of information about rough sleeping – puts the total number of rough sleepers in London alone at 8,855.

CHAIN reaches this much larger, and more useful, number by combining street counts with administrative data in order to track the trajectory of individual rough sleepers over the course of the year – not just those who happen to be spotted on a single night.

The number of women is systematically underestimated in both counts. That’s because when agencies walk the streets at night, part of their criteria is to count only those who are “bedded down”. This ensures they don’t include people who are begging or drinking on the streets, as opposed to sleeping rough. But it also results in a count that excludes unknown numbers of homeless women who actively avoid sleeping on the street at night for their own self-protection.

A recent study at York University found that many of the homeless women they spoke to “had been robbed, threatened, experienced physical violence and been continually harassed for sex by male members of the public”. They confirmed it was much safer to hide, conceal their gender or keep moving around. Anything but be a woman visibly bedded down. So we really don’t know how many homeless women there are, not even in our capital city.

Whatever the true figure is for the UK, a decade of increasing numbers of homeless women (and men) sleeping rough in London suggests that the national figure might be rising, too.

It’s a trend not helped by the corresponding decline in women-only homelessness services.

We should be concerned, not least because the experience of homelessness tends to be more severe and complex for women than men. Surveys from charities such as St Mungo’s and Crisis consistently demonstrate that homeless women are more likely to experience a particular set of disadvantages than homeless men.

Between 2010 and 2018, the proportion of London’s rough sleepers reporting a mental health support need rose from 39 per cent to 50 per cent for both sexes, according to the CHAIN database.

Homeless women are not only more likely to have experienced violence and mental illness in their past, they are also particularly vulnerable to them while homeless.

It’s not just a UK problem: the number of women sleeping rough in the US is underestimated and rising, too.

The US calculates its national figures based on gathering a “sample” of the homeless population and uses a broader definition than rough sleeping: its term “unsheltered” includes not just those sleeping on the streets but also in parks, tents and cars. The problems are that no one can know for sure if that sample is representative of the whole, while homeless women are still less likely to be visible and therefore missed.

Nonetheless, like the UK, the US seems to be experiencing a rise in female homelessness.

Between 2017 and 2018 the number of people experiencing “unsheltered” homelessness in the US changed as follows:

For solutions, we should look to Finland, the only EU country in which homelessness continues to decrease and in which the number of rough sleepers is approaching “functional zero”.

Rather than use concepts of unsheltered or rough sleeping, the Finnish government instead distinguishes between short and long-term homelessness. Their integration of the “Housing First” principle, which has been running in Finland since 2007, has been applied to tackle the latter and in ways that are likely to particularly benefit homeless women with complex needs.

The central idea is to tackle homelessness by providing a homeless person with secure housing at the outset and to then follow this up with intensive support for their physical and mental health.

Small-scale Housing First pilots have been running in England since 2012, including a recent programme specifically for homeless women with histories of offending.

A nationwide roll-out of this strategy may be exactly what we need if we are to end rough sleeping, as Boris Johnson has promised, by 2024. The alternative is bleak: prior to Johnson’s announcement, Crisis projected that the number of rough sleepers in England would more than double within the next 20 years. 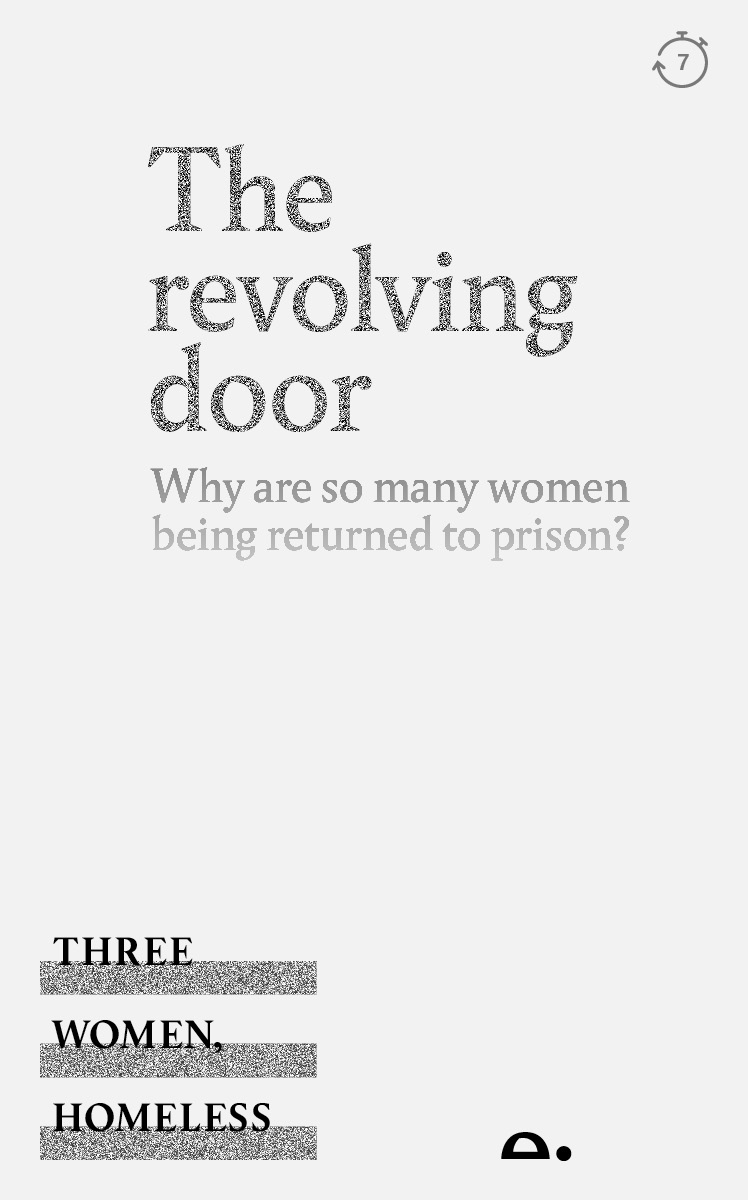 Why are so many women being returned to prison?