Trees: Saviours of the planet | Can the worldâ€™s wide open spaces deliver a solution to climate armageddon?

A few years ago Nasa produced an updated version of a classic short video on trees and climate change. Itâ€™s a view as if from space of carbon concentrations in the atmosphere. High CO2 levels are red; low are blue.

Press play. In December the Earth above the equator is wreathed in red. As the months tick by, swirls of orange, yellow and then blue mix in until, by July, blue dominates. Trees are in leaf across the northern hemisphere. Photosynthesis is at full swing and forests from the Yukon to Hainan are drawing in billions of tonnes of CO2 from the air around them.

The blue shows trees playing their starring role in the carbon cycle. For about 10,000 years until the Industrial Revolution they â€“ along with soil, sea-grass and the oceans â€“ helped keep CO2 levels in equilibrium. What the biosphere breathed out in winter it breathed in again in summer.

All was well, and now it isnâ€™t. Our planet has become a place of boiler flues and jet engines and tailpipes, and the remaining trees we havenâ€™t cut down canâ€™t keep up. So it sounds like an obvious strategy to stop cutting and start planting, except that until recently that notion didnâ€™t seem to match the scale of the problem.

Now, perhaps, it does. The work of Thomas Crowther on which weâ€™ve reported this week suggests that there is scope for serious improvement in the capture of carbon through a massive process of forest restoration on more of the planet than we used to think possible.

Crowther has identified nearly a billion hectares on which, he argues, more than a trillion extra trees could grow. Some of his methods may be flawed and most of his guesses are optimistic, but the basics are clear. The scope is huge, the need is acute and thereâ€™s no good reason for inaction.

Trees arenâ€™t a silver bullet in the climate emergency. Cutting emissions will always be the main priority in getting to net zero. But even then there will still be about 300 billion tonnes of CO2 in the atmosphere that wasnâ€™t there before James Wattâ€™s first steam engine. It will go on warming the planet for at least 100 years if not removed.

Both these require equipment with its own big carbon footprint just to manufacture, never mind to run. Both will need a high carbon price â€“ a globally enforced tax, for instance â€“ to be cost-effective. In the end, humanity may be forced to take all three approaches simultaneously â€“ reforestation, CCS and DAC â€“ to keep the planet habitable in the second half of this century. In the meantime, more trees should be a no-brainer.

This doesnâ€™t mean tearing down ancient forests to replace them with plantations of fast-growing eucalyptus. It does mean encouraging farmers to grow trees at low density on crop and pastureland. (What cow or cocoa plant doesnâ€™t like a bit of shade?) Above all, it means allowing huge swathes of degraded forest, from Sao Paolo to Sumatra, to recover.

If the rich North of the planet needs to ramp up subsidies to the developing South to make this happen, it will be a small price to pay compared with the alternative.

Earthâ€™s default activity is to wrap itself in trees. So let them grow. 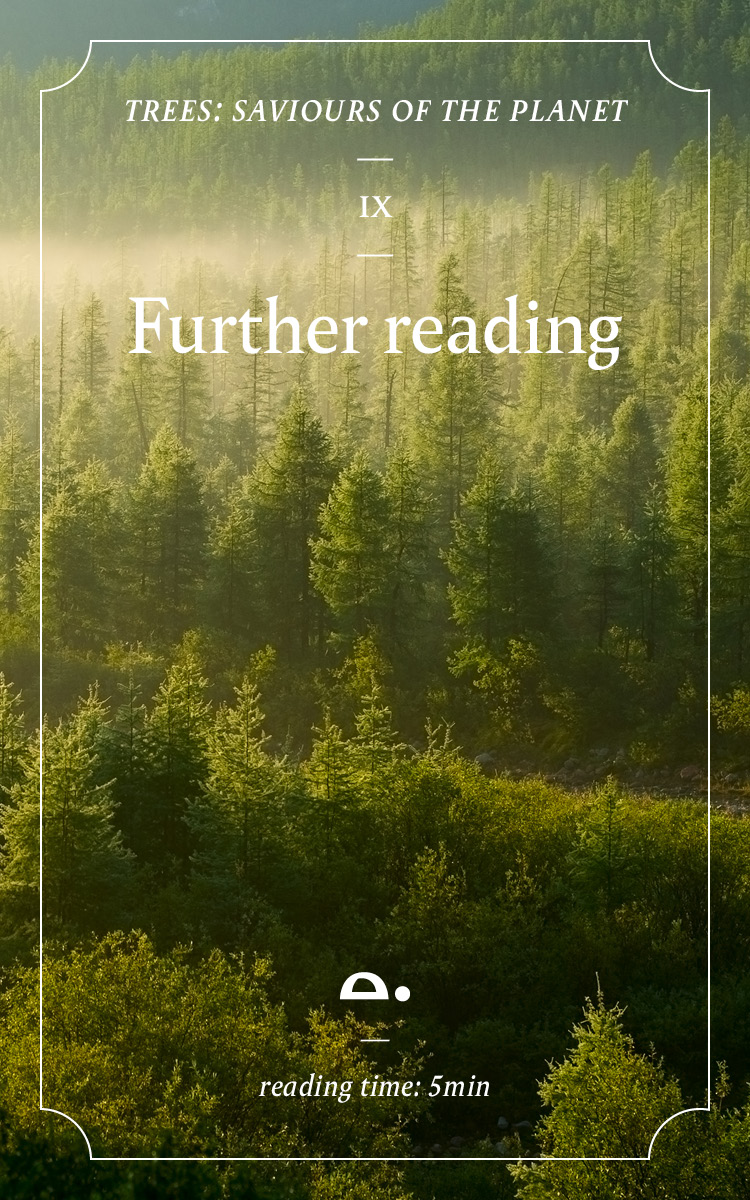