Inspirational heroes who have written, campaigned, climbed – and died – in defence of trees

MrBeast is a YouTuber known for outlandish video challenges (he once spent 40 hours counting to 100,000). Last year, he celebrated passing 20 million subscribers by launching an initiative to plant 20 million trees. The campaign hit its $20 million target in less than two months after half a million donors contributed, among them Tesla CEO Elon Musk, YouTube CEO Susan Wojcicki and Twitter CEO Jack Dorsey. The trees will be planted by the Arbor Day Foundation across US national parks and internationally. MrBeast’s real name is Jimmy Donaldson.

The Pulitzer Prize-winning author of Brokeback Mountain and The Shipping News, Proulx turned to environmental fiction with her 2016 novel Barkskins. A 700-page saga of astonishing breadth, spanning several centuries and eight generations of forest destroyers, the book has set a benchmark of ambition for writers wanting to convey the scale of our ecological destruction in fiction.

Wohlleben’s 2016 bestseller, The Hidden Life of Trees, has entranced hundreds of thousands of readers and broken the illusion of the still, silent tree. The author is a German forester who conceives trees as social creatures that talk to each other, form alliances and friendships, use underground networks to share nutrients and water, and send electrical signals to communicate disease and distress.

The 8th Earl of Longford’s travels have brought him into contact with some of the most astonishing trees in the world, described in three books: Meetings With Remarkable Trees, Remarkable Trees of the World and In Search Of Remarkable Trees. His trees are not catalogued as deciduous, coniferous, or evergreen. They’re Natives, Travellers, Survivors…

Better known as the singer of Take Me Home Country Roads and Annie’s Song, Denver was also a tree guy. He sang about ecology and the wonders of nature and campaigned for the Alaska National Interest Lands Conservation Act, which set up dozens of national parks and wildlife preserves. In 1974 he founded Plant-It 2020, a non-profit dedicated to worldwide tree planting and forestry education.

Kirkham rose from being a young student at London’s Kew Gardens to head of its Arboretum, home to more than 14,000 trees and host to two million visitors a year. He has worked at Kew for more than four decades, introducing new trees to its collection, authoring several books and presenting TV series with Dame Judi Dench among others. He was made an MBE in the most recent New Year’s Honours List.

Sessions, known as the “Mother of Balboa Park”, turned the city of San Diego green in the course of a life dedicated to horticulture. Born in the mid-19th century, she started with nurseries and fields before leasing 30 acres of Balboa Park, agreeing to plant 100 trees a year there in return, as well as 300 a year across the city. She introduced countless new species to the city by importing seeds from around the world, and in 1907 co-founded the San Diego Floral Association. She is memorialised with a bronze statue outside the park that is her greatest legacy.

Described by one of his mentors as “the Uber of the field”, Crowther’s post-doc research used wide-scale data collection and machine learning to estimate that there are more than three trillion trees on earth, seven times what was previously believed. His latest paper, panned by some scientists, promotes forest restoration as the single best solution to the climate crisis. It estimates the earth could hold 1.2 trillion new trees and that this would remove two-thirds of all emissions from human activity currently in the atmosphere.

Mitchell was a tireless dendrologist who spent his whole working life measuring every notable tree in Britain and Ireland. He founded the Tree Register of the British Isles, which at the time of his death in 1995 held data on more than 100,000 trees.

Putra, a biologist, has led efforts to dismantle illegal palm oil plantations in Indonesia’s Leuser Ecosystem, a 2.6 million hectare forest that is one of the last remaining homes of the endangered Sumatran rhino. In removing the palms he has created a wildlife corridor for elephants, orang-utans and tigers. Indonesia has the highest rate of deforestation in the world.

In 2009 Brownell fought back against palm oil companies who threatened to uproot indigenous communities and clear more than 200,000 hectares of Liberia’s Upper Guinea Forest, the largest intact swath of tropical rainforest in West Africa. Brownell, a lawyer, helped freeze the clearance before fleeing Liberia after a private security firm threatened, as he put it, “to cut off my head, to eat my heart and drink out of my skull”.

Nicknamed the “green pimpernel” because of his array of disguises, Ouch has spent more than two decades on undercover investigations into illegal logging. He has forced the Cambodian government to cancel huge land concessions, and has had to live in safe houses to evade assassination. His colleague Chut Wutty was murdered in 2012 and his friend, Phon Sopheak, macheted in a hammock in 2016.

Franklin – middle name Forest – was a key figure in the US timber wars of the 1980s and 1990s. Along with three other scientists he helped draft what became the Northwest Forest Plan adopted by then President Bill Clinton. The plan protected millions of hectares of old-growth forest from logging in the Pacific Northwest. He has since lost friends for advocating targeted logging.

As a small-business owner pregnant with her second child, Chirikova built one of the first grassroots environmental movements in Russia, starting with a campaign to prevent an $8 billion highway being built through Moscow’s Khimki Forest. The contract for the highway had been awarded to a childhood friend of President Putin. Chirikova has been arrested several times while fellow activists and reporters on the project have been beaten and, in some cases, killed. She has since fled to Estonia with her family.

Wheelchair-bound after surviving polio as a child, Ona helped save the Ivindo National Park in the Congo Basin from a $3.5 billion mining project. The basin holds the world’s second largest rainforest after the Amazon. In 2008 Ona was detained for “destabilising the state” after exposing a secret agreement between the Gabonese government and a Chinese mining company. In 2013 he was sentenced to six months in prison for defaming a senior advisor to the Gabonese president by accusing him of possible corruption relating to palm oil and rubber production.

The “Queen of the Forest Canopy” has pioneered canopy access techniques for ecologists to study life in the treetops. Originally from Maryland, Nadkarni founded the International Canopy Network after conducting her own research in the jungles of Costa Rica. Her Research Ambassador Program trains scientists to take their ideas and conservation projects to non-traditional groups including faith-based communities, prisoners and inner-city youth.

Greta Thunberg may be the first name on most people’s lips when they think of young climate leaders, but Finkbeiner’s contribution has been astonishing. In 2007, as a nine year-old inspired by Wangari Maathai, he launched Plant-for-the-Planet. The scheme has since registered 14 billion new trees in more than 130 countries, enlisting 55,000 child climate activists in the process. Its goal to plant a trillion trees has been adopted by the UN. Finkbeiner now works in Thomas Crowther’s lab.

On 10 December 1997, in the forests of Northern California, Hill climbed an ancient redwood tree named Luna. Then 23, she only intended to stay a week but ended up living for two years on a wooden platform 55m up in Luna’s canopy, fielding international media requests and demonstrating the power of civil disobedience. She survived El Niño storms, severe frostbite and constant threats from the Pacific Lumber Company, which eventually relented and agreed to save the tree and a buffer zone around it. Hill’s time in the redwood inspired an episode of The Simpsons in which Lisa lives in Springfield’s oldest tree in an attempt to impress a boy.

Silva led demonstrations in the 1980s to protect the Amazon rainforest from government control. After the assassination of her fellow campaigner Chico Mendes, Silva moved into politics. As Brazil’s environment minister under President Lula da Silva, she spearheaded a campaign against deforestation, which fell by 59 per cent in the Amazon basin between 2004 and 2007.

Eduards and Jabini, from Suriname, led their respective Maroon communities in a long fight against illegal logging on their land, consisting of 900,000 hectares of Amazonian rainforest. They won a landmark ruling in 2008 at the Inter-American Court on Human Rights that allows indigenous people in the Americas to control resource exploitation in their territories. The Maroon people are descended from freed African slaves.

Baldenegro is one of several winners of the prestigious Goldman environmental prize to have been killed for his activism. The indigenous leader dedicated his life to protecting ancient pine oak forests from deforestation after witnessing as a child the assassination of his father, killed in his own fight against logging. In 2017 Baldenegro was shot dead in his uncle’s home by a lone gunman.

The late Maathai founded the Green Belt Movement, which has empowered Kenyan women and girls to plant more than 51 million trees over the past four decades. Her work inspired the UN Billion Tree Campaign (now the Trillion Tree Campaign), as well as countless governments desperate to outdo each other in tree-planting. In 2004 Maathai became the first African woman to win the Nobel Peace Prize. The citation praised her work for “sustainable development, democracy and peace” in the face of decades of persecution and physical attacks, including being clubbed by police.

“At first I thought I was fighting to save rubber trees, then I thought I was fighting to save the Amazon rainforest. Now I realise I am fighting for humanity.” Mendes was a unionist and rubber tapper who faced down ranchers and their chainsaws and eventually paid with his life. An advocate for protected areas managed by local communities, he was shot dead by a rancher in 1988 while the two policemen meant to protect him were playing dominoes. After his murder, tax subsidies for ranching in the Amazon rainforest were suspended and the Chico Mendes Extractive Reserve was created, covering nearly a million hectares of forest in the Amazon biome. Twenty-five years after his death, with several extractive reserves now established across the Amazon rainforest, Mendes was nominated Patron of the Brazilian Environment. 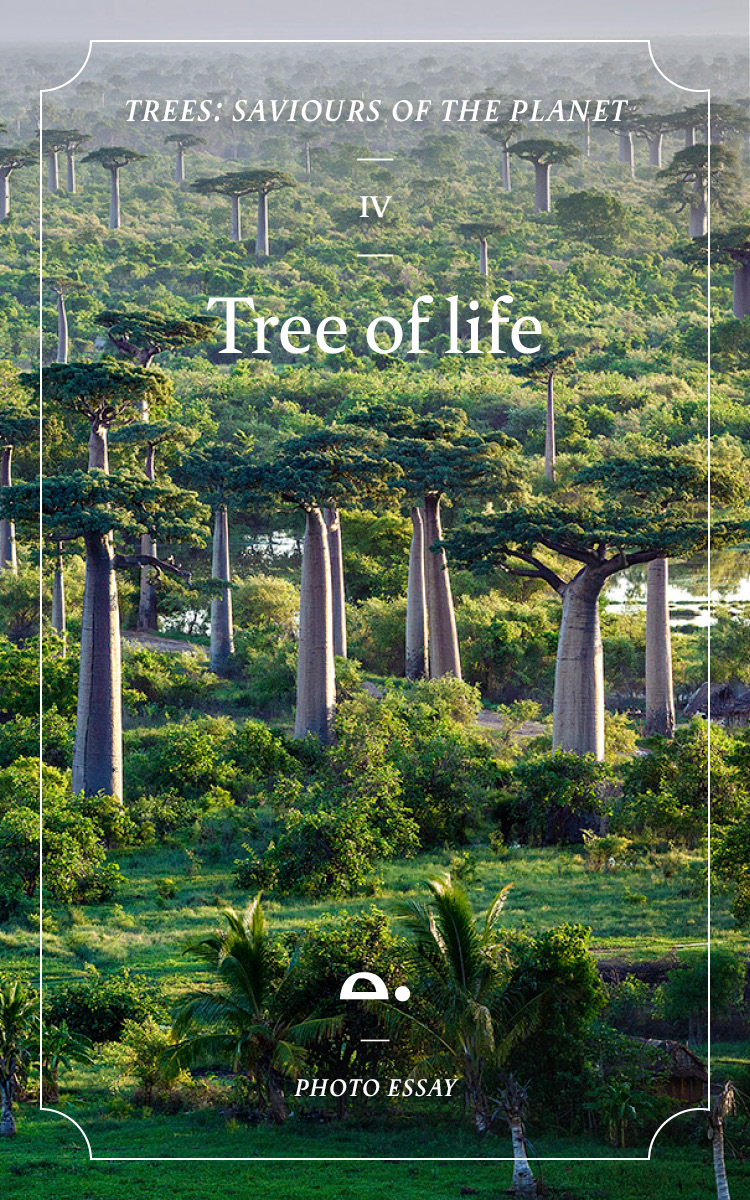