Trees: Saviours of the planet | Can the worldŌĆÖs wide open spaces deliver a solution to climate armageddon?

ŌĆ£I pointed out to the little prince that baobabs were not little bushes but, on the contrary, trees as big as castles; and that even if he took a whole herd of elephants away with him, the herd would not eat up one single baobab.ŌĆØ┬Ā
Antoine de Saint-Exupery, 1943 The Little Prince

The baobab (from Arabic for ŌĆ£father of many seedsŌĆØ) is a tree of rare beauty, extraordinary lifespan and endless utility. In Madagascar, where it originates, its leaves and fruit serve as a popular food. Its seed and pulp are used to press vegetable oil and brew beer respectively. The fibrous bark is used to make shoes, nets, ropes and baskets and the pollen is reduced down to make a type of glue. Some trees are hollowed out and used as living quarters for both humans and livestock. Most important, though, is the baobabŌĆÖs ability to retain and store water during the dry season.

A large baobab can accumulate and store up to 120,000 litres of water during the short Madagascan rainy season. This gets filtered through the bark and serves as a living well for communities that have come to depend on it because of climate change.

The baobab has spread as far as Australia and thrives on adversity: its tough seeds that can travel thousands of miles on ocean currents and in the stomachs of birds that pick at its fruit. The worldŌĆÖs largest example of the species, the Sunland Baobab in South Africa, measures 47 metres in circumference and is thought to be around 6,000 years old.

In Madagascar, people think of the baobabŌĆÖs odd-looking branches as its roots, reaching out toward the heavens and making contact with their ancestors. Yet their earthly lives are threatened. Since the early 2000s, baobabs in southern Africa have started to die off in large numbers. A recent report in the Nature Plants┬Āfound that nine of the oldest 13 trees in Africa, some of them as old as 3,000 years, have died since 2008.

No other tree species grows branches that look so like roots

Salt and wind have stunted a field of baobab in the foreground, dwarfed by fully-grown trees behind

Baobab bark is dried before use near Kirindy, western Madagascar

This example of the Adansonia Za sub-species has been turned into a 9,000 litre water cistern

Most baobabs used for water storage are owned by the families that hollowed them out, but passing shepherds are traditionally allowed to use them too

A baobab growing near the Mangoky river, which drains the central Madagascan highlands

A man performs a ceremony that involves the sacrifice of a cockerel before a cistern is cut into a Za Baobab, one of six species of baobab native to Madagascar┬Ā

Next, the trunk has to be hollowed out by hand, which can be ten daysŌĆÖ work for a team of three

Despite the scale of the intrusion, the tree remains alive

When the rains come, some water flows naturally into the cistern from above, but more can be captured to top it up by digging holes nearby

In parts of Madagascar where it rains only a few times a year, every drop that can be must be stored

At the end of the dry season a last reserve of water can be found in the root of a baobab, dug up and peeled with a machete

Baobab root can be used to make a nutritious, watery porridge

The Avenue of the Baobabs at night

Pascal Maitre was born in the village of Buzan├¦ais in central France and studied psychology before starting his career in photojournalism in 1979 with the Jeune Afrique magazine. Over four decades he has documented life, politics, conflict, tradition and the natural environment in over 40 African countries. He has published several books, including In the Heart of Africa and Madagascar: Travels in a World Apart, which gathers images from 15 years of working across the continent. 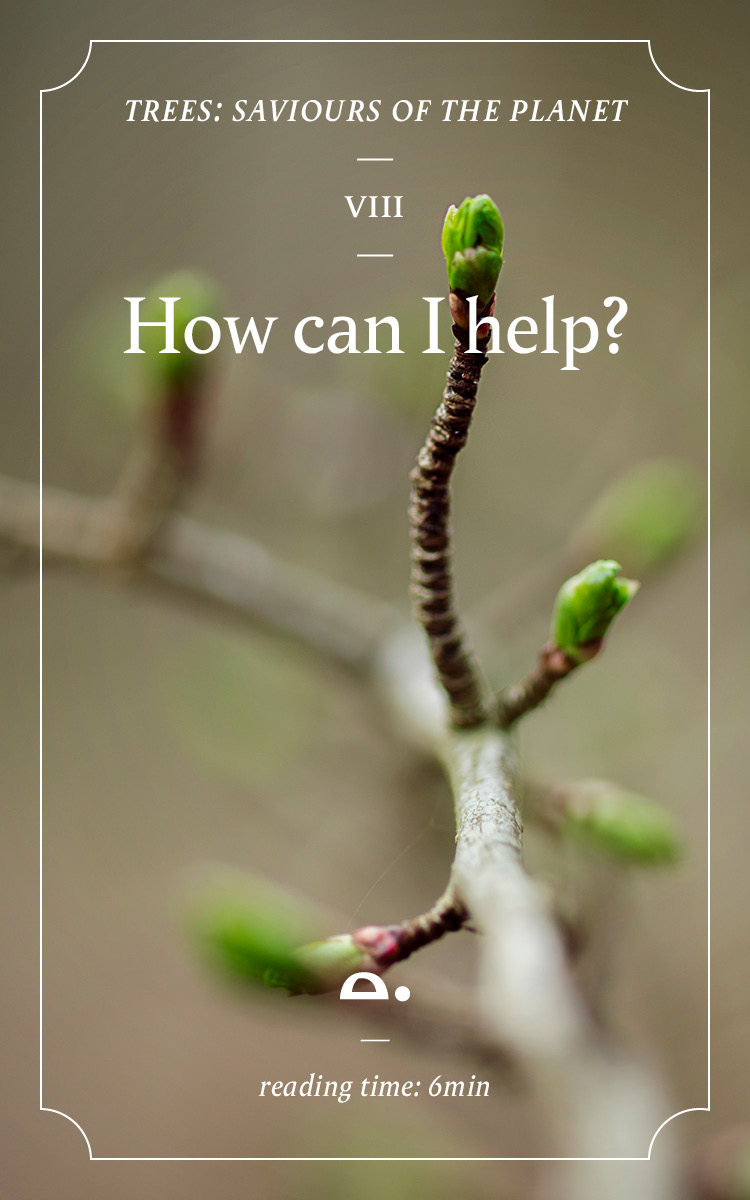 How can I help?

How can I help?

The planet needs more trees, and one of their strengths as a climate change solution is that everyone can plant them, or help others to. Whichever your preference, hereŌĆÖs the Tortoise guide to trees