How does Apple behave in its home market of the US? By walking a tightrope between wokeness and commercial acuity.

On the one hand, it is a vocal supporter of gun control, the environment, equal marriage, gay rights and immigration. This fits with the liberalism of its own staff: nearly 97 per cent of Apple employee donations to candidates in the 2018 midterm elections went to Democrats, according to the Center for Responsive Politics.

When it comes to direct political connections, however, Apple faces both ways. Tim Cook, a Hillary Clinton supporter in 2016, has hosted fundraisers for both sides, including Republican senator Rob Portman and Democratic senator Chuck Schumer.

In November, Cook gifted Donald Trump a great photo opportunity when the pair toured a factory in Austin, Texas. The President routinely seizes on an Apple statement from 2018 – that it would pump $350 billion into the US economy by 2023 and create 20,000 new jobs – as proof that his corporate tax cuts are bearing fruit.

Despite Trump accidentally calling Cook “Tim Apple” in March, the two men have developed a seemingly close relationship. Trump called to wish Cook a happy Thanksgiving this year, the Wall Street Journal reported. Cook serves as an adviser to the administration’s workforce policy board.

“Tim Cook calls Donald Trump directly,” Trump told reporters in August. “That’s why he’s a great executive because he calls me, and others don’t.”

The connection demonstrates the realpolitik with which Cook runs the business. This year, for instance, he was reported to have persuaded Trump not to put tariffs in place on iPhones after connecting with the President through Trump’s son-in-law, Jared Kushner.

The relationship hasn’t stopped Cook from drawing lines in the sand. In 2017, he sent a memo to Apple staff after Donald Trump blamed “many sides” for the violent scenes which led to the death of protestor Heather Heyer during a white nationalist rally in Charlottesville, Virginia.

“I disagree with the president and others who believe that there is a moral equivalence between white supremacists and Nazis, and those who oppose them by standing up for human rights,” he wrote. “Equating the two runs counter to our ideals as Americans.”

That Cook is able to buddy up with Trump without provoking an employee revolt says something about Apple’s staff – and the company’s relationship to them. Apple workers tend to be older than those at the other “FAANGS” (the term given to America’s five most popular tech stocks – Facebook, Apple, Amazon, Netflix and Google). Thirty-one is the median age there compared to just 28 at Facebook, according to a recent survey from Statista, a market research firm. They are also fiercely loyal, partly because they are often rewarded with stock. In 2018, for instance, all junior and mid-level Apple employees received a $2,500 stock bonus.

“It’s an older demographic working there, not the 24-year old MBAs, most seem to be late 30s to 40s, super smart but with real life experience, too,” Andrew Guan, a former employee, recalled in 2014. “There aren’t any Nerf guns or any of that crap, just people past all that and at the top of their game. It’s not the place for children.” Apple employees also stay longer than other tech company, averaging five years, according to a Linkedin analysis last year. Uber employees, by contrast, hang on for under two years.

In 2015, UX designer Luis Abreu described Apple’s gruelling interview process on his blog. “Three screening calls, 5 FaceTime interviews, a trip to Cupertino for 5 two-person interviews lasting a whole day and a lunch at the newest Café Macs,” he said. “In the end, I got a shallow no.

“‘We don’t waste time with the dumb’ wasn’t something I wanted to hear during an interview.”

It is notable that no-one at liberal Cupertino has publicly criticised Apple’s double-side strategy of promoting progressive causes while forging personal relationships with the very politicians undermining them. A survey conducted by Fortune Magazine this year found that 81.6 per cent of Apple employees supported Cook’s effort to engage the president on matters that “shape policy in Apple’s favour”.

“I don’t believe in lobbyists,” Cook said in an interview with ABC News in November 2019. “I believe in direct conversation.”

Yet the numbers beg to differ. Apple may not spend as much on lobbying the US government as other American tech giants do – last year, their total was $6.7 million, compared to $21.7 million for Alphabet, $14.4 million for Amazon, $12.6 million for Facebook, and $9.6 million for Microsoft – but it has certainly become an important instrument of the company’s domestic policy agenda under Cook.

Even when adjusted for inflation, the average annual lobbying spend during the Steve Jobs era was $1.1 million. During Cook’s time, it has been five times greater. The year he took over, the number of federal lobbyists on Apple’s books took a remarkable leap, and has since risen by another 60 per cent to an all-time high. Towards the end of 2019, according to a filing with the Senate Office of Public Records, they recruited Miller Strategies – headed by Jeff Miller, a Republican long-timer who has raised over $1 million for Donald Trump’s re-election campaign.

What is all the lobbying in aid of? The quarterly disclosure reports sent to the Senate do contain some answers. The latest one for Apple’s team of in-house lobbyists lists issues such as “corporate tax reform implementation” and “government requests for data”.

Our analysis of these reports, for the years from 2006 to 2019, reveals which general issues came up most. At the top, for the whole period and in each individual year, is tax. Although Apple is the biggest taxpayer in the US – and makes a show of how it “pays every dollar it owes” – it still agitates for a simpler and less costly system. The corporate tax cuts that Trump introduced in 2018 may not have simplified anything, but they did lower Apple’s costs: helping to bring its effective corporate tax rate from 24.6 per cent in 2017 to 15.9 per cent now.

But some of the less frequently mentioned issues stand out just as much. Across the period, health data was mentioned in 10 per cent of reports, as were autonomous vehicles. Apple is working out its own future across those Washington restaurant tables. 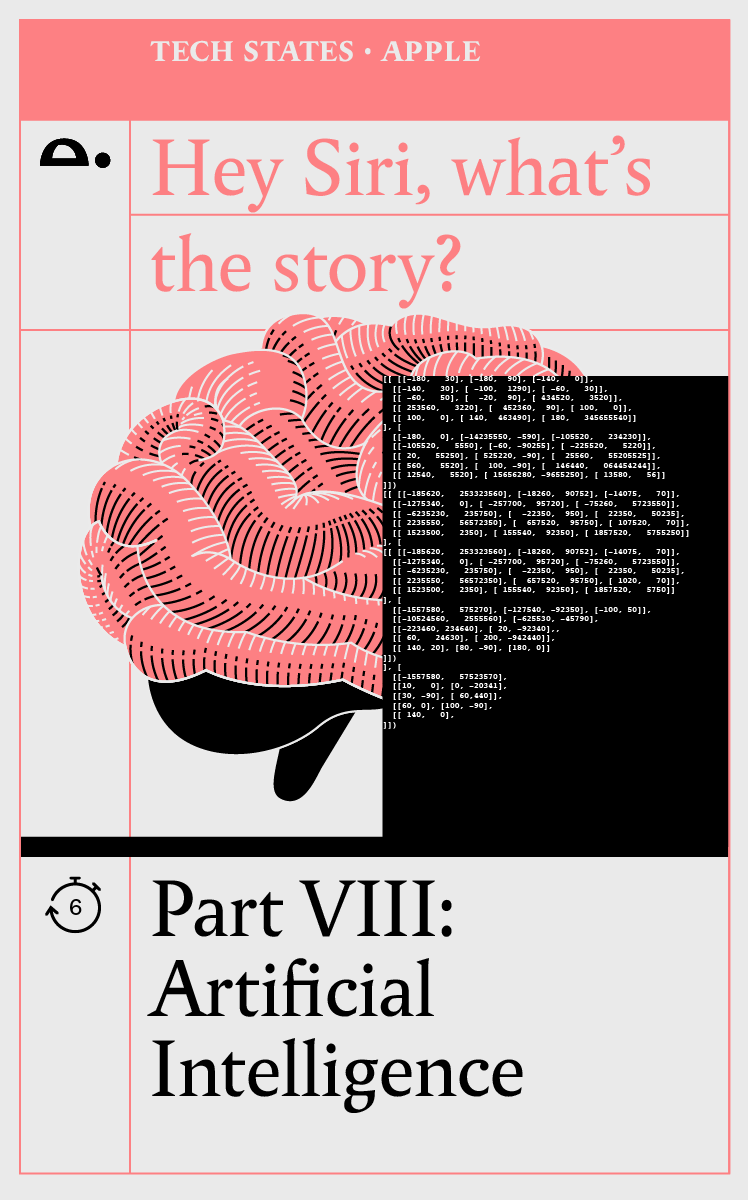