“Crazy numbers and crazy deals. But they haven’t had a hit.” That’s how one studio executive summed up Apple’s high-risk move into Hollywood.

In November, the tech giant launched its Apple TV+ streaming service in more than 100 countries. For $4.99 a month (or £4.99 in the UK) consumers gain access to a roster of star-studded programmes, including The Morning Show, with Jennifer Aniston and Reese Witherspoon, and For All Mankind, directed by Ronald D Moore.

The effort is the culmination of three years planning from Apple, which is desperate to develop new revenue streams to replace flagging income from iPhone sales.

But the technology giant is finding that breaking into a video-streaming market increasingly crowded by major players like Disney, Netflix and Amazon is harder than expected.

An initial $1 billion commissioning budget for original content is understood to have ballooned to around $5 billion. Each episode of See, a science fiction drama starring Jason Momoa, cost around $15 million. As one studio executive put it, that’s spending Game of Thrones money without the Game of Thrones kudos.

In another example of largesse, to secure the #MeToo-era newsroom drama The Morning Show, Apple agreed to hand the rights to the show back to its stars’ production company after approximately 10 years, two sources told us. Netflix, which also bid on the show, baulked at matching that offer, we understand.

There is a general sense of puzzlement in Hollywood about what Apple is ultimately trying to achieve. Is TV+ just another vertical to draw customers into Apple’s ecosystem, or does the company see itself as a genuine rival to Netflix or Disney?

For now, the Hollywood insiders we spoke to are cautiously cynical.

“I don’t know what the appetite will be for Apple TV+,” one high-powered executive said. “They haven’t had a hit yet. As we all know, this business pays on hits. Netflix had a hit right out of the gate [House of Cards, released in 2013].”

Another said: “I honestly don’t know how they will distinguish themselves from Netflix. The launch was surprisingly light in content. It had five or six series on it. No archive, and no back catalogue.”

There’s another question circulating among agents and producers: how will Apple’s top-down, detail-orientated business culture, which worked so well to create world-changing products, fit in to the more creative, chaotic, talent-driven world of TV?

“It’s not like Apple doesn’t have experienced people,” an executive at a competitor streaming service told us. “But it has a very particular culture and the question is whether these people are able to function with the same latitude and resources that made them successful before.”

If you look through Apple TV+’s slate, none of the shows on offer are particularly violent, profane or sexual. There’s swearing in The Morning Show but it’s no Sopranos.

The picture is consistent with reports two years ago in the Wall Street Journal that Apple had cancelled a show based on the life of the rapper Dr Dre after Tim Cook appraised it as “too violent”. The report signalled that Apple’s content play was being managed, carefully and closely, at the very top of the business.

Apple denied the Dr Dre story at the time, but a more recent report in the Hollywood Reporter claimed that in September 2019 it scrapped another show – called Bastards, for lacking “an aspirational tone”, and made corporate-led changes to another called Amazing Stories.

“Apple is very reminiscent of Disney under Michael Eisner,” one studio executive said. “They’re making very sure that every programme is brought under scrutiny. They have a clean American brand and they don’t want to besmirch it.”

He added: “The company is extremely uncomfortable with content that is edgy – bad language or excessive nudity. That’s precisely the fare that’s worked in the US on cable television. You hear that these decisions all go through [Tim] Cook.”

Another Hollywood source questioned whether Apple would be able to compete against Disney in the market for non-edgy, mainstream TV content.

“Disney do it better than anyone in the world,” the executive said. “They’re the market leader. They’ve got 80 years of heritage. [Bob] Iger and his team are utterly exceptional at what they do.”

One of the most important appointments is Richard Plepler, the former chief executive officer of HBO, who is understood to have signed an exclusive deal to produce content for Apple this year. Plepler green-lit Game of Thrones, the big-budget fantasy that won 59 Emmys during its eight seasons.

“They are entering a very competitive market place,” one executive said. “But it’s early days and Plepler understands quality and distinctiveness. You’d be a fool to write Apple off.”

The first shows on Apple TV+, led by The Morning Show and the dystopian science fiction See, were regarded by most critics as insipid and mediocre. Product placement is also jarring: we counted four appearances of the latest iPhone in The Morning Show’s first four minutes.

Perhaps embarrassingly for a technology company, the service doesn’t offer the same technological bells and whistles as the competition. Subscribers can’t press a button to skip the credits, for example, as they can on Netflix and Amazon Prime Video.

The lukewarm critical reception may be showing up in subscriber numbers. Even though Apple has undercut Disney’s new Disney+ subscription video service ($4.99 a month compared to $6.99 a month), Disney felt able to announce that more than 10 million subscribers had joined in its first 24 hours. Apple, by contrast, has kept quiet on subscriber figures.

“When companies have impressive numbers they tend to share them.” one former Apple executive noted drily.

Apple may control every aspect of its TV content but, oddly, the company has taken a hands-off approach to songs on Apple Music, its music subscription service. One executive called the approach “schizophrenic” – saying that the music service contained hideously misogynistic and violent lyrics that would never be sanctioned on the TV platform.

Spend five minutes on Apple Music and it’s easy to prove his point. The service publishes songs which condone violence and sexual assaults against women including The Pre-Kill, Vol 2, which has rap lyrics such as: “I punched her in the ribcage and kicked her in the stomach,” and another called ‘Bitch Killa’, which graphically describes a rape and sexually-aggravated murder.

An Apple spokesman denied that either the company or Cook specifically censored content on Apple TV+. He said the same was true with music “unless the content breaks local laws”.

In addition to Apple Music and TV+, Apple also launched a “Netflix of News” in March: a paid-for news subscription model in the US which later expanded to the UK and Australia. For $9.99 (or £9.99 in the UK) users get access to hundreds of bundled magazines and newspapers.

A CNBC report in November noted that the company signed on 200,000 subscribers in the first 48 hours but had been “stuck in neutral” since that time. The subscriber growth disappointed several publishers who thought the product would bring in more revenue, the people said.

One of the reasons the service appears to be stuttering is because Apple’s restrictive data policy makes it difficult for marketers to target specific advertisers, a Bloomberg report noted last year.

A more immediate success for Apple appears to be Apple Arcade, a subscription gaming platform launched alongside TV+. For $4.99 a month, Apple Arcade allows its users access to a growing selection of games on iOS devices. So far most reviews have been very positive.

Ultimately, how each of these services perform individually might be a distraction. Apple’s services – in contrast to its premium-priced products – seem to have been priced to undercut the competition and to drive up subscriber growth instead.

The end game might be to bundle together these new paid-for services to create a single “all media” offering. Combining TV, music, games and news would offer a package not matched by current competitors (with the possible exception of Amazon Prime).

According to Bloomberg, Apple’s ultimate bundle could be released as soon as this year. Whether it’s enough to keep the company at the top of the corporate tree is an open question. 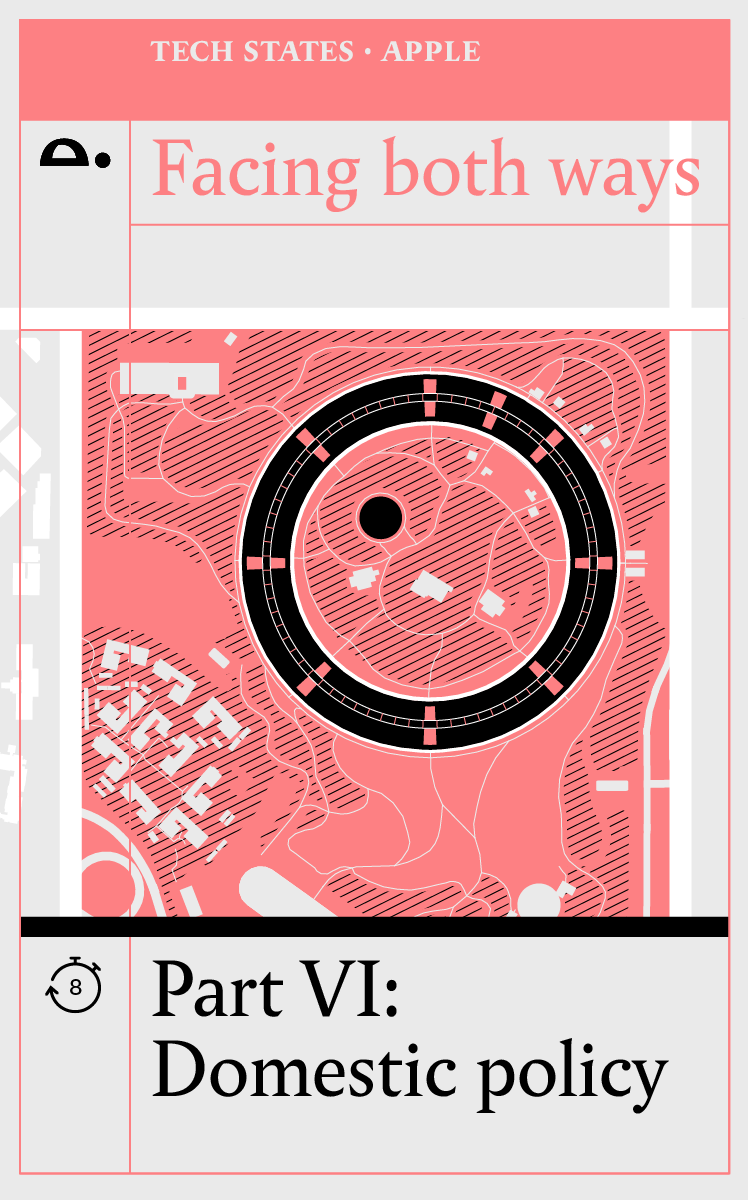