Despite the buttery leather of the theatre’s $14,000 Italian Poltrona Frau chairs, executives might be in for an uncomfortable ride.

Shareholders will be asked to press the company for a public commitment to respect freedom of expression, after criticism that it succumbed to Chinese pressure to remove a mapping app used during the Hong Kong protests, that had gained momentum in the spring of 2019.

The non-binding resolution will also ask Apple to disclose details about how it makes controversial decisions around access to information.

While the proposal, submitted by SumofUs, a consumer advocacy group, is unlikely to receive support among Apple’s institutional investors, it casts an awkward spotlight on the company’s foreign policy, and particularly how liberal-leaning Apple operates in countries with authoritarian governments.

The mapping app in question was called HKMaplive. Created in October during the height of the protests in the quasi-democratic city, the app was used to mark the locations of police and inform users about street closures.

Apple initially rejected the app from the App store, then reversed its decision a few days later. Then it reversed its reversal. After the second rejection, Cook sent an email to employees claiming that HKMaplive was being misused in ways that could threaten public safety, but offered no concrete examples. His decision attracted bipartisan criticism from lawmakers in the US Congress, as well as from those close to the company.

“We urge you in the strongest terms to reverse course,” lawmakers including Alexandria Ocasio-Cortez and Senator Ted Cruz wrote. “To demonstrate that Apple puts values above market access, and to stand with the brave men and women fighting for basic rights and dignity in Hong Kong.”

James Allworth, who worked briefly for Apple on strategy and now hosts a technology podcast called Exponent, told us: “The Hong Kong app. That does not feel good. Apple makes a lot of money and produces a lot of stuff in China. My suspicion is that pressure started to arrive.

“When you’re becoming a mechanism through which the Chinese are exporting their authoritarianism, that’s not OK.”

John MacFarlane, the founder of the smart speaker company Sonos, agreed. “Apple banned it, and then let it go, and then banned it again,” he said. “I’m sure that’s because Chinese government leaned on them.” Apple denies that it succumbed to any pressure from Beijing.

Indeed, Apple is unapologetic. It told the US Securities and Exchange Commission in October 2019 that it “must follow applicable law wherever it does business and believes in engaging with governments even when there may be disagreement”. Overall, hundreds of apps have been banned from Apple’s App Store at the Chinese government’s request.

Last March, Cook told Chinese delegates in Beijing that Apple was “grateful” that China had opened its doors. “Our futures are inextricably linked,” he said. “Working together there’s no limits to what we can achieve.”

Despite being the biggest tech company in the world, Apple hasn’t really taken over the world. In the third quarter of this year, 47 per cent of its revenue was made in its home region, the Americas, with diminishing returns as its wares travelled eastwards to Europe (22 per cent), then to China (17 per cent), then to Japan (8 per cent). The tremendous expanse known as the “rest of Asia Pacific” has the smallest share of all, just 7 per cent.

Here’s a breakdown of how Apple operates in some key countries.

With its population of 1.4 billion people, China has a growing middle class that should be ripe for tech luxuries such as iPhones. And yet the country is increasingly difficult terrain for Apple.

A combination of economic contraction and fierce competition from other tech companies has seen iPhone sales decline there. Only two years ago, Apple occupied 15 per cent of the Chinese smartphone market; now it’s nine. Huawei is well ahead. Apple has blamed a mixture of market pressures and geopolitical tension for the downturn, which has slowed in the last half of 2019.

Apple’s increasing reliance on China is not limited to its customer base. The country is also home to almost half of all Apple’s suppliers. This, again, is Cook’s doing. Before becoming CEO he played a critical role moving production of Apple’s devices away from American factories and towards countries where labour is cheaper and more demands can be made of it. After 2011 he accelerated this process and did something that Jobs never did: visit China. Cook has since gone to the country at least once a year, often to hold discussions with senior Chinese officials.

Cook’s outsourcing policies have both enabled Apple to grow phenomenally and dragged the company into controversy. Its most significant manufacturing facilities in China are run by a Taiwanese company called Foxconn, and they are run in a way that would barely be possible in America.

Foxconn’s factories are measured in square kilometres and they are packed with thousands of workers putting devices together by hand on fast-moving production lines. In a New York Times article from 2012 (one of a series that won the paper a Pulitzer Prize), Jennifer Rigoni, formerly Apple’s worldwide supply demand manager, explained the allure: “They could hire 3,000 people overnight. What US plant can find 3,000 people overnight and convince them to live in dorms?” This way, Apple could keep up with the tremendous demand for its products.

But Foxconn’s methods weren’t just efficient. In 2009, one worker, Sun Danyong, jumped to his death from one of company’s facilities, after apparently losing a prototype iPhone – and being subjected to, in the words of a Foxconn statement, “inappropriate interrogation techniques”. The following year, at least 14 Foxconn employees killed themselves. One of Foxconn’s responses was to have nets installed around many of their buildings.

Cook and Apple responded by tasking the Fair Labor Association, an American workers’ rights organisation, with assessing Foxconn facilities in China, whilst demanding specific improvements and moving to make their supplier and manufacturer networks more transparent. Because Apple is so crucial to these companies’ balance sheets, it can demand changes – and see them happen.

But the questions remain: Foxconn’s practices may now be better than they were in 2010, but the company still chiefly operates in a country that is not known for its labour rights, and, even then, may even operate beyond the edge of what’s permissible. In September 2019, a China Labor Watch report revealed that at least 50 per cent of the workforce in Foxconn’s Zhengzhou facility, the largest iPhone factory in the world, is made up of temporary “dispatch” workers – when Chinese law specifies a limit of 10 per cent.

Apple has allowed other controversial apps to remain up. One, called Absher, is an official app released by the Saudi government that among other functions gives men the ability to track and block the movements of their wives. Apple and Google have both been criticised for promoting the “inhuman” app, including two Saudi sisters, Maha and Wafa al-Subaie, who said in August that it gave men control over women.

Some advocates for Saudi women claimed the app had a net benefit as it allowed men to approve their wives’ travel more easily. But the case demonstrates how thorny moral questions are debated within Apple with little transparency or explanation. Difficult approval decisions on App Store submissions are made by Apple’s Executive Review Board, which reports to Phil Schiller, Apple’s head of marketing.

In April 2018, Saudi Crown Prince Mohammed bin Salman was given a VIP tour of Apple Park by Cook – offering the prince a remarkable PR coup. Three months later, Apple opened its first retail store in the Kingdom. Three months after that, in October 2018, the journalist Jamal Khashoggi was murdered in the Saudi consulate in Istanbul by agents of the Saudi Arabian government. Neither Cook nor Apple have commented on the death.

India is another country where Apple has made compromises to gain a foothold – although these are economic rather than moral. India’s middle class may be growing, but the latest iPhones are still exorbitantly priced for a country where the average salary is about $168 a month. There’s also a 20 per cent customs duty on imported mobile phones to account for.

Apple has responded by reintroducing older models at cut-down prices, as well as by petitioning India’s government to loosen various restrictions that currently prevent them from shipping lots of secondhand phones to the country for refurbishment and selling on. These measures have met with some success; but, more than that, they demonstrate the adaptable nature of Apple’s foreign policy. Generally, the company aims to sell the latest designs at the same prices, wherever you are. But it is making special allowances for the Indian market.

The ongoing US-China trade spat has the potential to benefit India. Apple has turned to Foxconn again. In 2019, the Taiwanese company started making iPhones in Chennai, India.

What’s curious is that, while the new Foxconn operation in Chennai should allow Apple to get around India’s customs duty, there are currently few signs of prices dropping as a result.

The likely explanation is that Cook is doing what he did all those years ago: outsourcing away from one territory and towards another, diversifying Apple’s manufacturing base to protect its interests. And yet dangers remain.

“Given the possibility of an escalation in trade issues between India and the US, and geopolitical issues relating to Iran, India relocation carries significant risks that will weigh on the team making an assessment,” Vivek Durai, founder of business intelligence platform Paper.VC, told Quartz this year. 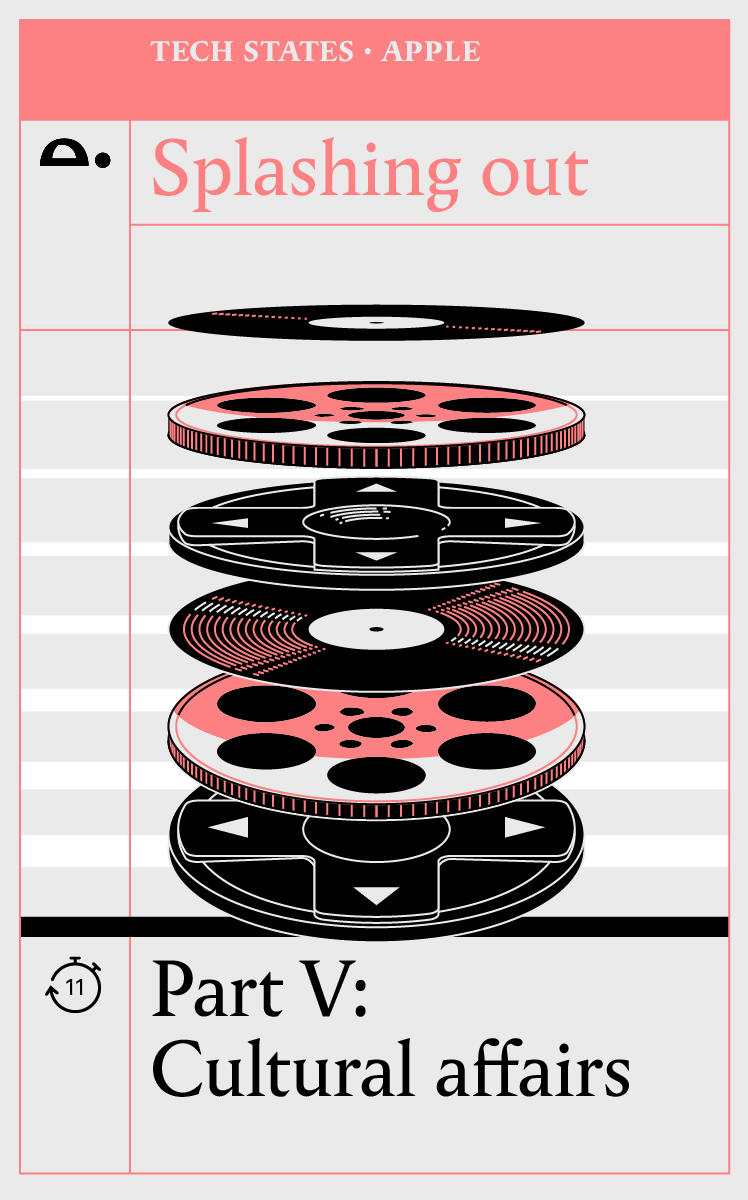