This is Part 3 of Tortoise’s election primer. Part 2 is here.

The UK has a consensus around social mobility (“a nice idea”) and a sort-of consensus around inequality (“it’s bad, but hard”). Certainly, you do not hear people in mainstream parties extolling the gap between the super-rich and the poor as justifiable, even if they decline to act.

But the combination of Jeremy Corbyn’s tenure as Labour leader and the wage squeeze, particularly on young people, has propelled the issue up the charts. Income inequality may not have moved, but the broader conditions have made the same level of inequality harder to bear.

On social mobility, there’s a great piece of research by John Jerrim and Lindsay Macmillan, who sought to measure the extent to which people’s incomes were linked to their parents’ backgrounds. The countries with high overall numbers on this graph are those with very poor social mobility, where your parents’ circumstances affect your wages more.

The US is the worst in this sample – and the chunk of Britain in their research is in second place. But, look! They went further: how much can we explain these differences by looking at differences in education, and how much is about broader cultural issues?

The higher the dark yellow portion, the bigger the contribution of an unequal school and higher/further education system. What is striking about this research is it implies that our education system is not the problem with social mobility. Educational inequality is a smaller problem than in, say, Ireland or Germany.

But we have a bigger overall problem with social mobility, because something in our culture holds children from more modest homes back. This is a table quantifying the effects of the British class system.

Our bloodless economic performance both owes something to austerity and explains why austerity has been such a slow and tortuous process.

The 2010 Budget anticipated that public spending would be cut to below 40 per cent of GDP in five years. Growth happened more slowly, however, so we are now roughly where David Cameron’s government expected we would be in 2015-16.

Even so, we have been through an unprecedented period of restraint. The amount we have spent per capita since 2010 has been frozen in real terms.

The squeeze was also uneven – leading to a change in what the state does.

The prolonged squeeze on public spending has been taxing. And central government lacked the capacity to do it well.

Back in 2010, Whitehall held endless seminars about smart austerity – how to cut best. Don’t salami slice, they all said. Pick things to stop doing. That advice was all ignored. But chickens are on their way home to roost.

When you cut a budget, you can save money in a few ways. First, you can become more productive: so if you replace a back-end employee with a piece of software, maybe that saves some cash.

Second, you can delay spending. So maybe you can wring more use out of that Victorian ward before you pull it down and replace it.

Or, third, you can ration services in some way. If the per-process cost is fixed, do less of it.

The problem for the new government is that a lot of what looked like productivity gains really turned out to be deferred spending. And in a lot of areas – notably healthcare – if you ration, the sick people don’t cure themselves. They wait for you, get sicker and then get more expensive.

There is another problem, which is that a lot of the techniques used by the government to improve public service performance have been extended beyond their useful range.

The so-called “New Public Management” school, for example, which has advocated setting targets, league tables and bringing private providers to offer competition to state monopolies has been tried everywhere that it can be.

In English schools, the academy chains have, for the most part, proved unable to break old patterns of success and failure. In English healthcare, the old “internal market” is quietly being dismantled. In criminal justice and welfare, the private providers have repeatedly failed. But there’s no open discussion of what the new models are that we might try next.

This election will take place with the hospitals in worse shape than ever before to face the winter.

The underlying cause of this is that as the number of people coming in to hospital has risen – we are an ageing, growing country – hospitals have struggled to keep up. There are around 400,000 more people arriving at an English A&E every month than there were in 2010.

Since 2010, emergency departments have seen a 22 per cent increase in traffic, but the budget for the Department of Health and Social Care has risen by just 13 per cent in that time.

Sometimes the reality that we only deferred spending is blindingly obvious. In 2010, English hospitals listed £4.2 billion of repair backlogs, of which £321 million was “high-risk”. That total has now reached £6.5 billion of backlogs, with £1.1 billion of high-risk repair work to do.

Staffing is a problem, too. Again because what looked like a productivity gain – squeezing pay – turned out to be partly a deferred cost. Yes, the government saved some money, but staff only have so much goodwill, and it has been exhausted. There are now growing holes in work rotas, and we spend over the odds to fix them.

Things could get worse: the Kings Fund, Nuffield Trust and Health Foundation wrote a joint report this year suggesting we were heading to being short by around 100,000 nurses and thousands of GPs in ten years time. There is no way to fix that without cash: for recruitment, for training, for retention.

The big takeaway – the dirty secret – is that, for all the talk of public service reform, lots of which is worthwhile, these problems are almost impossible to fix without continuing massive injections of cash. Indeed, real reform usually requires money up front.

There is a particular problem with English social care, too – it’s part of what did for May at the last election. Again, the fundamental question is about what we are willing to pay.

In 1997, the new New Labour government launched the Sutherland Commission to examine options for reform. That called for free personal care in England. “Doing nothing is not an option”, it was declared. Au contraire.

Twenty years on, England remains in a mess. Even reforms that have been passed through Parliament are not being implemented. As funding cuts were passed through to local government, social care had lumps knocked out of it. Between 2009/10 and 2013/14, adults receiving long-term, publicly funded social-care packages fell by 27 per cent. We mostly just rationed social care.

According to the Health Foundation, the cost of restoring the system to the quality of 2010 would now be about £6bn: we have saved money by caring less. And it would take another £4.4bn to keep the system on an even keel until 2023. In short, repairing this system requires finding £10bn a year. And if you want to cut back means-testing – as happens in Scotland – that would cost another £7bn or so.

If you drive through English towns, you will probably see the single most effective union campaign of recent years: huge banners attacking “school cuts”, which bedecked schools in clear messages, courtesy of the National Union of Teachers (now part of the National Education Union).

The cash-starved school system is now running into trouble. I met a headteacher recently, who lamented that the logic of the current school funding settlement meant that he would need to take a huge share of new teachers, in order to balance the books. Getting the school system back to 2010 funding would cost £4.7bn. Just going back to 2015 is a mighty £3.3bn. And schools, let us remember, have started cutting hours and support.

Beyond naked funding, this election campaign is going to have something unusual within it: facts. Well, maybe. Because, in early December, the results of the OECD’s PISA study will come out. These league tables rank the world’s schools on the basis of tests sat by 15-year-olds around the world – and, more importantly, they let us compare school systems within the UK.

If it does, expect a lot of claims that Michael Gove’s reforms worked well south of the border. (Nope.) And expect a lot of unionist baiting north of the border: schooling has become an attack line that’s been opened up in Holyrood. Unionists have made the relative decline of Scotland’s schools a headache for the SNP. They’re quite complicated to read (you cannot just compare them to last year’s, alas). But there’s a simple thing to watch: does England pull away from Scotland?

On universities, there will be a bit of clear blue water. At the moment, students in England pay up to £9,250 per year for tuition, or £9,000 in Wales, £4,275 in Northern Ireland (if you stay put), or nothing in Scotland. There is a lot of chatter about how the English system is more expensive than expected for the taxpayer.

But the 2012 reforms that brought in these higher fees broadly did what they were supposed to – unusually for something involving David Cameron. Per-student funding is 22 per cent higher than it was in 2011, and nearly 60 per cent more than in 1997.

There is no discernible effect on student recruitment from higher fees in England either, notably among poorer students. In fact, England does better than Scotland on that front.

That is why abolishing fees in England – estimated to cost £9 billion per cohort of students – is something that gives pause. Labour has proposed it before. But it is a lot of money. A cohort of university students would cost £15bn to get through the system.

There are serious problems in higher education: for example, the failure to build a wide range of training routes for returning students, would-be apprentices or part-timers. The collapse in the flow of students through part-time higher education is a catastrophe.

It is worth noting other areas that could do with more spending. In 2017-18, around £3 billion was spent on all other adult education. Tony Blair once joked he could hide a declaration of war in a speech on skills and no-one would ever notice.

In truth, FE will always be the poor relative because we keep it poor. But you need to pay for courses, to invest in campuses, to enable the sector to stand up without chiselling for every penny. FE has, in effect, been financially waterboarded for decades (a delightful Treasury term of art) – never quite allowed to drown, never able to breathe. It is lean and mean.

Imagine what it could do if it only had a budget.

Britain remains home to some of the most expensive childcare on earth. While there are are subsidies to help out, the problem is that the underlying cost of the service is still eye-watering.

There are a few reasons for this. Our early school starting age means we have a lot of littler children to take care of as a share of the workload, and they cost more. But some of the reasons are less forgivable.

We have regulated elements of the childcare market – but not regulated how providers can use their income. So, when we pour money into childcare, providers can divert a lot of the money to themselves. 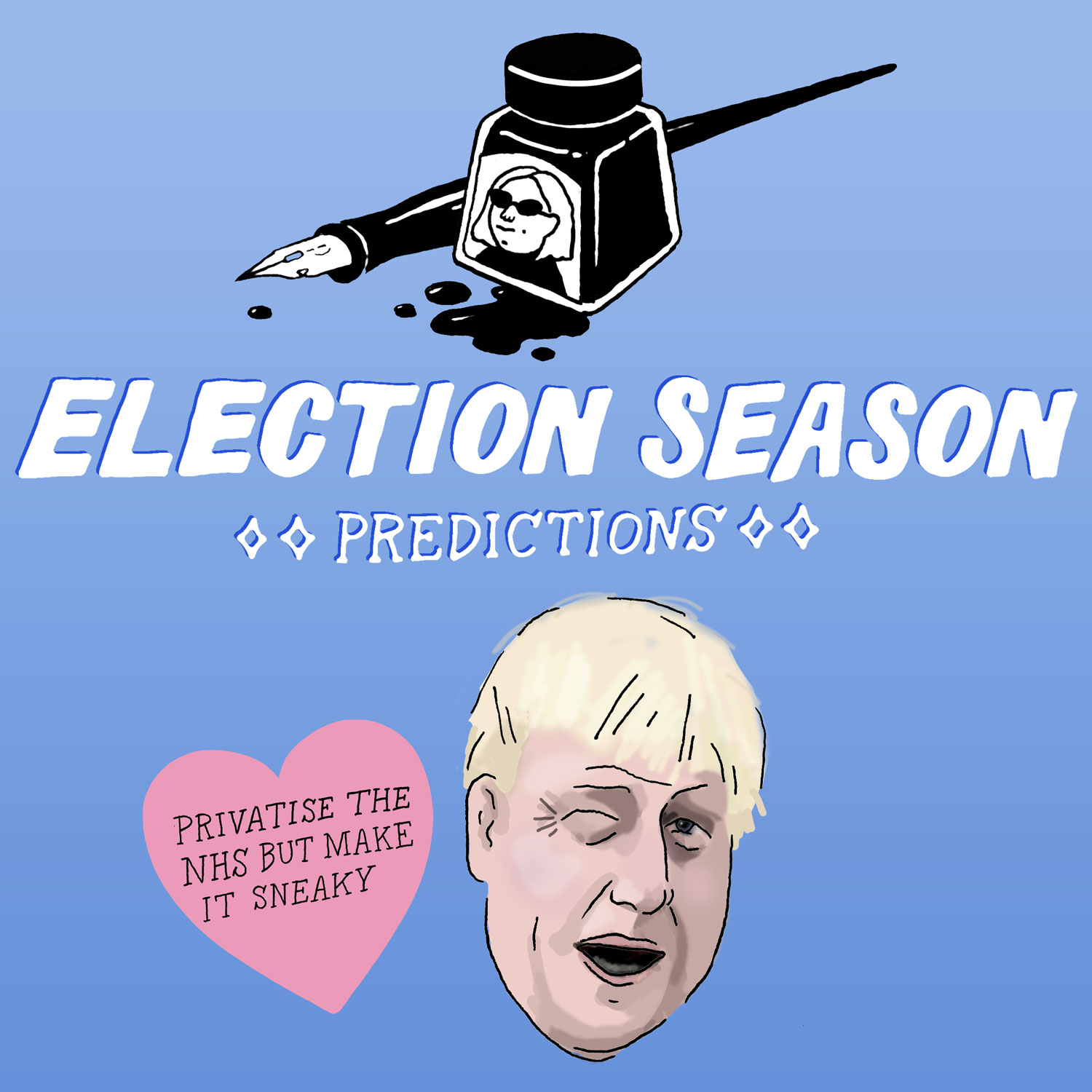 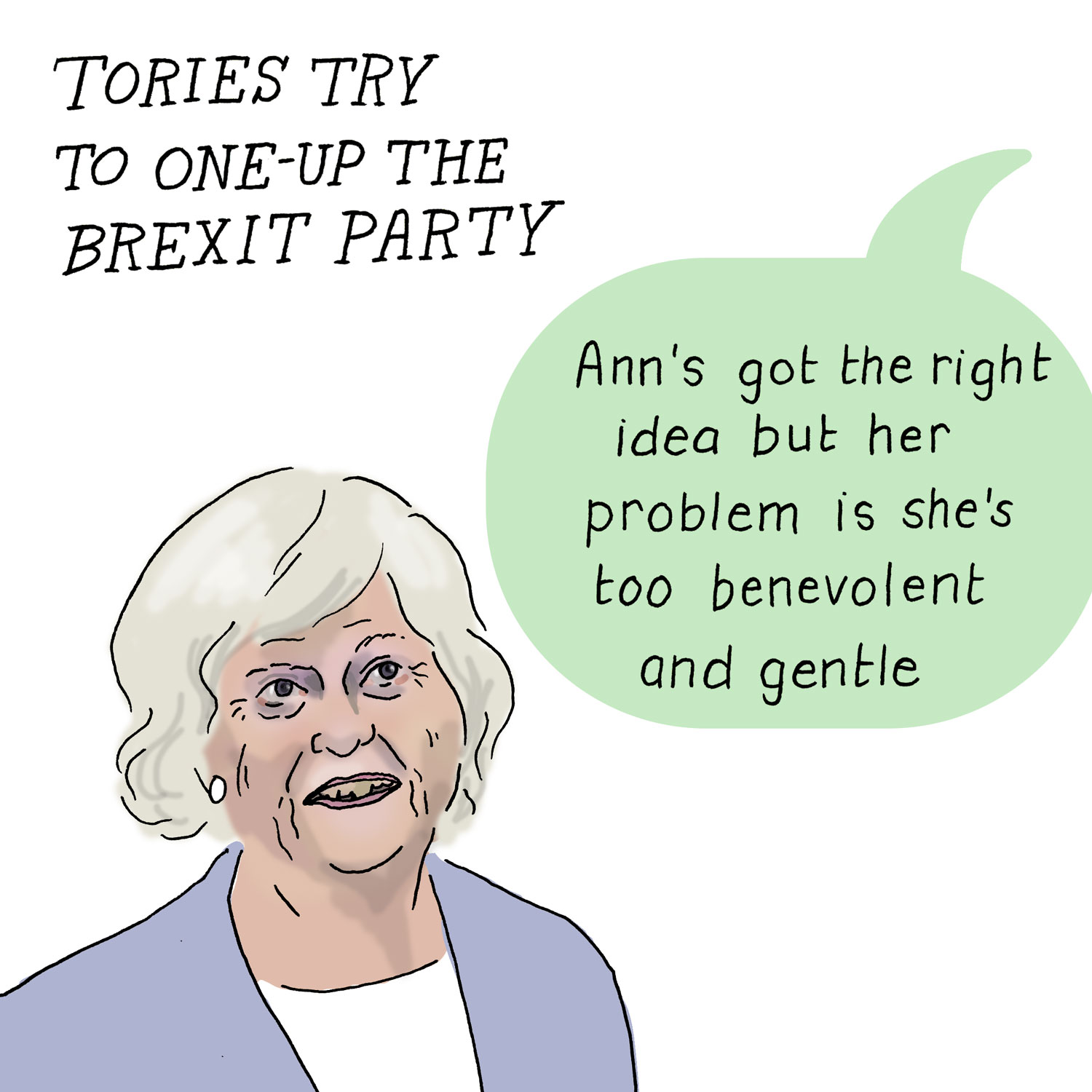 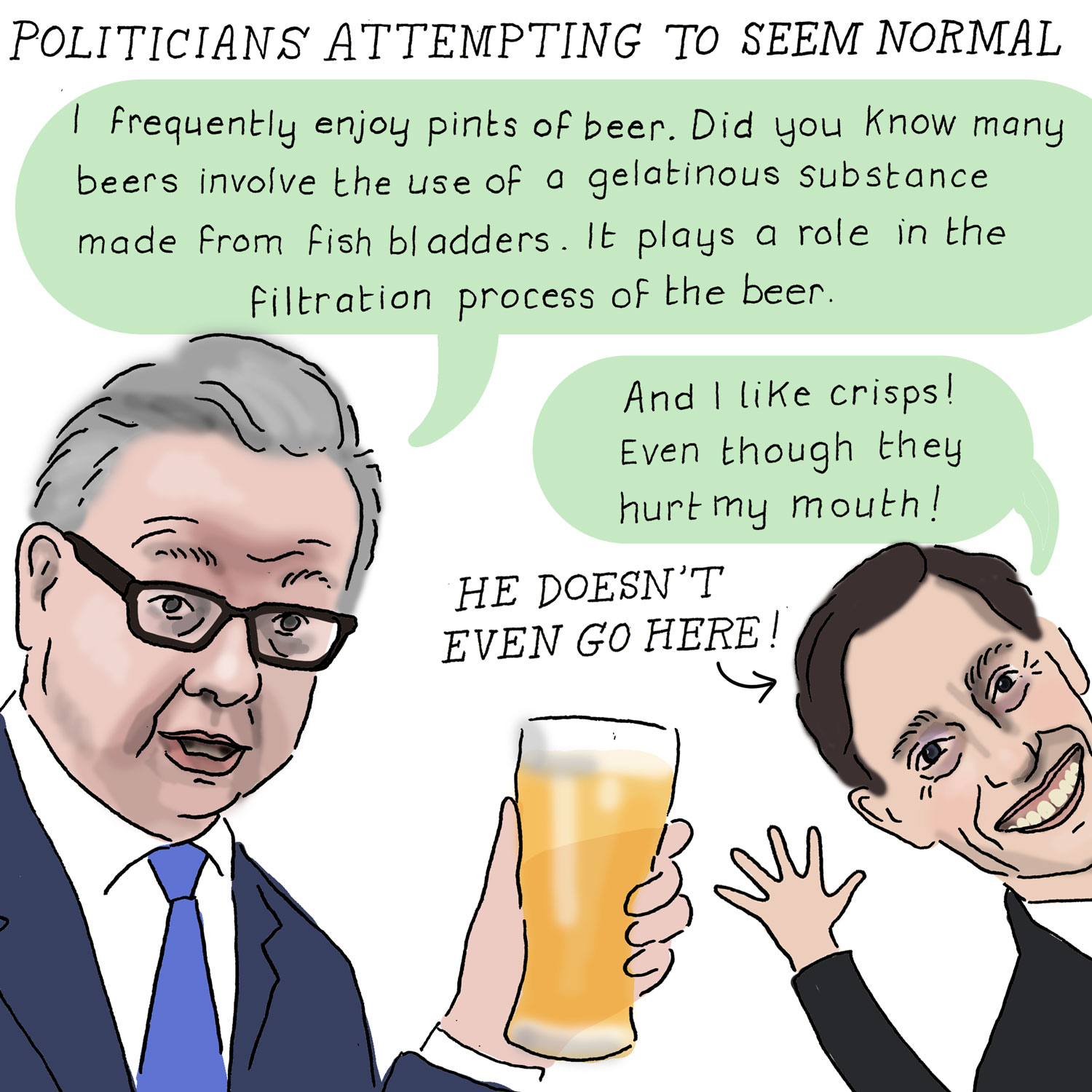 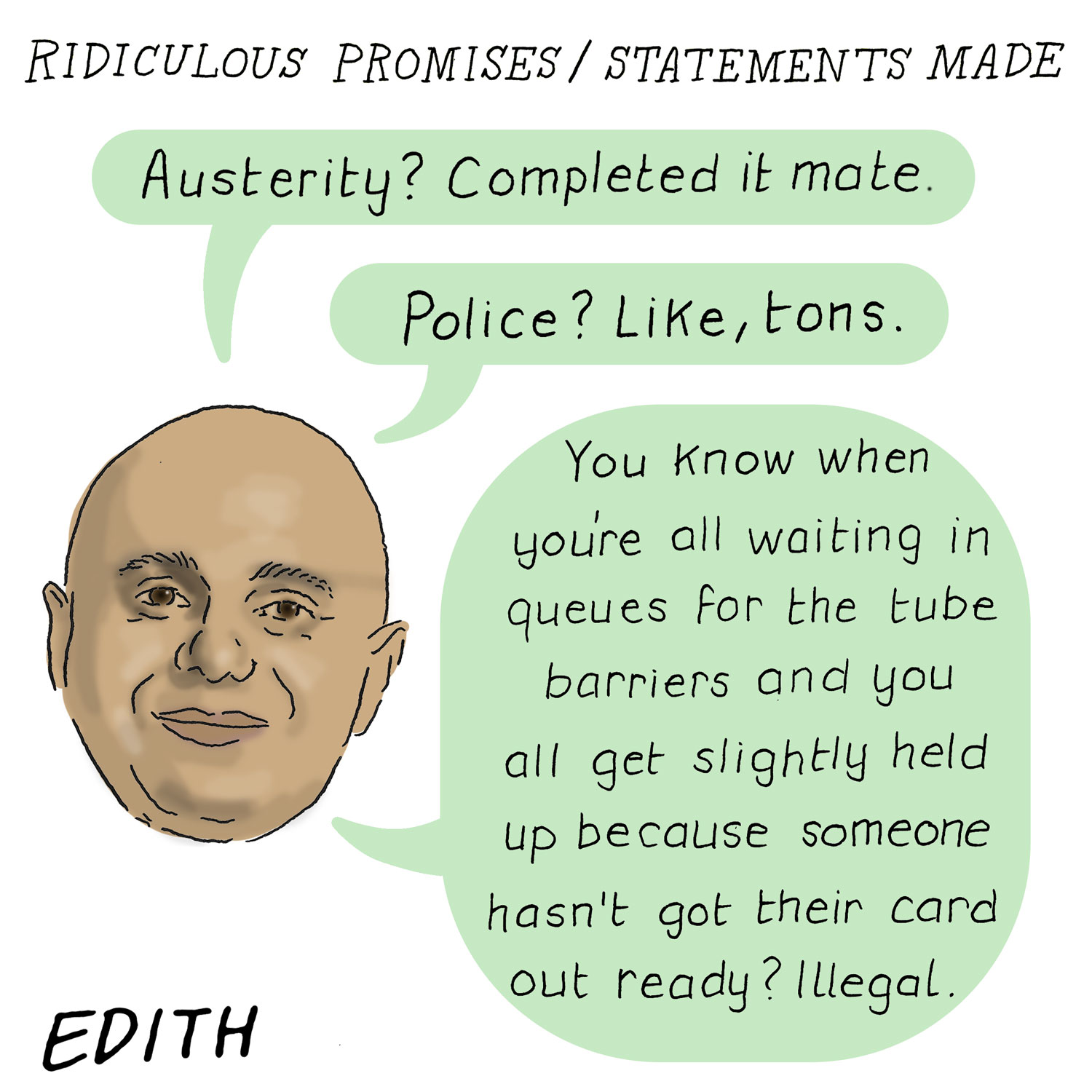 To read Part 4 of this primer – New Things – click here.