Discipline. Endurance. Sacrifice. Loyalty. Sincerity. Courage. Strength. The Japanese word konjo – and its myriad of meanings – has long evoked the way of the legendary samurai warrior, from the purity of their fighting spirit to their deeply honourable code of conduct.

Rugby is a notoriously difficult game to understand for the uninitiated. But the arrival of this sometimes savage sport in Japan – a country know for its martial tradition – seemed too good an opportunity to miss.

We took a typically Tortoise approach – trying to look beyond the scrums and line-outs to the impact on modern Japan of a sport first conceived on the 19th century playing fields of Rugby School. Keith Blackmore, editor

Fast-forward to 21st century Japan and konjo is once again in circulation – in newspapers, in salarymen bars, on the street. But this time, the word is being filtered through a more modern prism, used to describe a new generation of samurai-style warriors: namely, the nation’s rugby players.

This month, the eyes of the global sporting world are fixed on Japan, as the ninth Rugby World Cup unfolds on Japanese soil, marking the first time the event has ever been hosted in Asia. Plus an added bonus? It’s a suitably high-profile warm up for Japan head of next summer’s Tokyo 2020 Olympics.

Some might assume that the words “Japan” and “rugby” sit together as comfortably as “sushi” and “hamburger”. Yet the coup of Japan hosting the Rugby World Cup goes hand in hand with the nation’s respectably rising reputation in the rugby world. Japan’s catchily-named Brave Blossoms – the men’s national team – are currently ranked 10th in the world, with the nation also consistently ranked the top rugby-playing nation in Asia.

Their opening Rugby World Cup match was a win against Russia, but local fervour went up several notches with the weekend’s wholly unexpected glorious comeback victory over Ireland in Shizuoka, where the frenzy in the stadium spread across the country.

Japan’s hosting of the event marks the apex of a 150–year love affair with rugby. The sport arrived in Japan in the second half of the 19th Century, along with other Western imports, following the end of its 220-year isolation period and the opening of its borders to the outside world in 1853.

According to Japanese rugby lore, two Cambridge graduates introduced the sport to students at Tokyo’s prestigious Keio University by setting up a rugby club in 1899, reportedly motivated by the desire to “keep them from idling and wasting the lovely autumn weather”. Yet some experts believe that the sport was already being played decades earlier in Japan, with one rugby historian highlighting an 1866 Japan Times article referencing rugby players.

It was not until the 1950s, however, that in tandem with Japan’s booming postwar economy and its emergence as a global powerhouse, rugby began to grow in popularity – peaking as the bubble economy reached its apogee. Today, there are an estimated 95,000 rugby players in Japan, compared to 125,000 in 2005 when records first began at the Japan Rugby Football Union, according to the Nikkei Asian Review, a decline some link to the implosion of the bubble economy.

Hosting the Rugby World Cup – and on-the-field heroics – however, will undoubtedly give the sport a major push in Japan.

Half of Japan’s players are not Japanese-born, and they have a definite height and size disadvantage – Fumiaki Tanaka, one of the nation’s most famous rugby players, is just 5ft 5ins tall. Other Japanese national traits shine through; they’re widely regarded as being good strategists, organised, focused and meticulous planners.

Not to forget konjo, with its timeless connotations of fighting spirit, honour and strength – traditional samurai values which are woven through the entire fabric of modern Japanese society.

Referring to the fighting spirit of konjo, Dr Helen Macnaughtan, chair of the Japan Research Centre at SOAS University of London, explains: “Martial arts contain this core of a controlled fighting spirit, so yes culturally speaking, rugby can be said to also lend itself to fitting naturally into this samurai or warrior heritage.

“Rugby is a very physical, high-contact sport that not only requires teamwork but also a ‘fighting spirit’ that has given corporate rugby teams a powerful brand in manufacturing sectors traditionally seen as requiring physical and masculine strength.”

Professor Simon Chadwick, professor of sports enterprise at Salford Business School, University of Salford, says: “Japan is one of the safest countries in the world, crime is largely imperceptible and one can freely move around the country without fear of being robbed or attacked. This respect for rules, the law and other people is evident too in rugby.

“There is little deviance in rugby, where players show respect for the rules and for officials’ decisions. Clearly though, Japanese rugby players are as physically committed to the sport as players from any other country. Hence, one view is that rugby is redolent of Japan’s samurai heritage, where respect and honour are of paramount importance.”

The growth of rugby in Japan is also tied with the nation’s distinct corporate culture – a roll call of Japan’s biggest corporate giants are behind its 16 semi-professional top league rugby clubs: Panasonic, Yamaha, Toyota, Kobe Steel, among them. “This development of corporate rugby teams was spearheaded by companies in Japan’s manufacturing sector, particularly iron and steel, automobiles and electronics, a reflection of the power of these manufacturing sectors in the postwar economy, as well as the dominance of male employment,” says Dr Macnaughtan.

“Corporate sports teams were initially established for factory employees to encourage exercise, wellbeing, team spirit and teamwork. But with the growth of national rugby competition from the 1960s, Japanese corporate rugby teams began to recruit top players upon graduation from Japanese university teams and invest in the sport itself as well as utilise their teams for CSR and company branding.”

It’s impossible to ignore parallels between Japan’s rugby culture and its corporate world – with its famously diligent workforce, long working hours and collective spirit, plus shared core values of inexhaustible discipline, respect, solidarity among others.

“Rugby is a team sport and this lends itself well to the Japanese, where traditionally speaking teamwork and collective values have been prioritised, not only in sport but more broadly in Japanese style workplace management and in society,” adds Dr Macnaughtan.

Significantly, the sporting festivals is being flagged as a driving force for recovery in Japan’s northeast areas which were devastated in the March 2011 earthquake, tsunami and nuclear disaster. Just as next year’s Tokyo 2020 Olympics event is being subtitled the Reconstruction Games, Japan’s Rugby World Cup organisers have been keen to capitalise on the incoming tourism boom to give a lift to disaster-hit regions still struggling eight years on.

Among the strongest symbols of this is Kamaishi, a small city around five hours by train from Tokyo which is famed not only for its postcard-perfect coastline and delicious uni sea urchins but also for the toll that the disaster took on the local community.

As in many small rural communities across the region, the statistics are as harrowing as they are hard to absorb: over 1,000 lives were lost here, out of a total death toll of more than 18,000; nearly one in three homes – 4,704 in total – were damaged; 1,692 out of 1,734 fishing boats were destroyed; and nearly 10,000 people were evacuated.

The city, however, is now emerging a symbol of recovery – thanks to its shiny new 16,187-seat stadium (Kamaishi Recovery Memorial Stadium), which hosted a thrilling underdog victory for Uruguay against Fiji last week – enabling the international spotlight to be cast on the community and its tenacity in the face of disaster.

Among those keen to warmly welcome the rugby crowds is Akiko Iwasaki, who runs a traditional Japanese inn in one of the worst hit areas of the city (three staff members lost their lives here), with the property transformed into an emergency shelter in the aftermath of the tsunami.

“For the people in this town, the decision to host the Rugby World Cup has been a great motivation for reconstruction,” says Iwasaki-san, who is in her early 60s and travelled to Japan House London to talk about her experiences this summer. “Thanks to this tournament, I can feel the momentum of people wanting to do their best.

“Every week, I hear a lot of people wanting to help or be involved in this tournament, volunteering to do things like mowing grass. The whole town is buzzing, and the tournament and the stadium are ready thanks to the effort of each and every person. In that sense, I am very grateful to the British people, who gave birth to the sport of rugby.”

The biggest gratitude, however, should perhaps be reserved for the Japanese themselves, who are known to rise to any challenge – be it a natural disaster or a rugby match – with an honourable sense of konjo, time and time again. 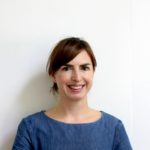 A Japan-based British journalist who swapped London for Tokyo in 2007. She is a correspondent for The Telegraph and writes about all things Japan for design, lifestyle and travel magazines.