Close your eyes and drift away, and you could be forgiven for thinking you are living in a different time. A country in crisis, on the brink of divisive change; a government with a tiny majority struggling to survive. And, on stage, for your edification and delight, three musicals in London by the dynamic combination of lyricist Tim Rice and the composer Andrew Lloyd Webber.

Andrew Lloyd Webber and Tim Rice first conceived Evita as a rock-opera concept album in 1976. Two years later, it was staged on the West End for the first time, starring Elaine Paige.

Few could have predicted that a musical about the life of a dictator’s wife would have such enduring charisma – and relevance. Yet it has managed to retain its power and popularity ever since 1978, and a new revival has been hailed as a potent representation of our current world of rising populism and political division.

What is it about the musical that has lent to its success across the ages? And what led Lloyd Webber and Rice to create it in the first place? Sarah Crompton, who has been watching and writing about musicals for decades, reflects on its evolution. Arifa Akbar, arts editor

Their first cast-iron success – Joseph and the Amazing Technicolour Dreamcoat from 1968 – is delighting audiences at the London Palladium (which Lloyd Webber now owns) while Jesus Christ Superstar packs them in at the Barbican. Evita, the best of their collaborations, has just opened at the Open Air Theatre in Regent’s Park in a radical new production by Jamie Lloyd that strips the show back to its essentials and so reveals, with the shock of the new, just how sensational it must have seemed when it premiered in London in 1978.

According to Lloyd Webber’s autobiography, one of Evita’s devoted early fans was Margaret Thatcher, then leader of the Opposition, on the brink of toppling James Callaghan’s administration and taking power to alter the structure of British society for ever. “[She] proved particularly partial to Eva’s big set pieces with adoring crowds at the end of Act 1 and the top of Act 2… A few years later at a dinner in her Downing Street flat she joked that I should compose her some entrance music for the next Tory party conference like Eva’s on the balcony of the Casa Rosada. Well, I think she was joking.”

The anecdote illustrates how Evita caught the zeitgeist. It was initially Rice’s idea to adapt the biography of Eva Perón, who dragged herself up from obscurity and poverty to marry a dictator and become the so-called “spiritual leader” of Argentina before her death at the age of 33. He heard the end of a radio play on the subject and was struck by the power of her story. Lloyd Webber recognised its potential, and was also intrigued by the way it echoed the uncertainty of the 1970s, when the IRA were mounting their campaign of bombings across mainland Britain and the unions were engaged in a battle for the soul of the country that sometimes spilled into violence on the streets.

But from the first, he felt there was a problem. He writes: “Eva’s death at such a young age of course gives the story a tragic twist. But because, at least for me, Eva had such ghastly values I couldn’t see how to make an audience care for her; more importantly, should I make an audience care? The more I thought, the more certain I was that I needed a device which allowed an audience to remain emotionally detached from Eva, whilst understanding why she captivated so many.”

His solution to that problem – the towering melody of ‘Don’t Cry for Me Argentina’, Evita’s love song to the people she both helps and betrays – set the tone for the whole musical. With the combination of Rice’s sardonic, dangerous lyrics and Lloyd Webber’s soaring score, the show walks a tightrope between engagement with its subject and disapproval of her. This lends it a rare resonance.

Jamie Lloyd is better known as a forensic examiner of the plays of Harold Pinter than as a stager of musical extravaganzas, yet Evita intrigued him. His Eva, Samantha Pauly, is not a waxwork in a white ballgown but a dark-haired social climber who performs in Lloyd’s new London revival in a white slip and sneakers. She turns ‘Don’t Cry for Me…’ into a calculated political speech – and ends it with a wink at the on-stage narrator, Che, who wears a Che Guevara T-shirt and is a resolute opponent of her actions. “She’s winning by giving her audience what they want,” says Lloyd. “She knows exactly what she’s doing.”

This is what fascinates him. “The musical captures the showbiz manipulation and the cult of celebrity found in the murky recesses of political populism,” he tells me. “I enjoyed re-discovering Tim Rice’s suspiciously cynical lyrics in the age of Trump’s populism and when I read that Evita was (frighteningly) Trump’s favourite musical, I realised with horror that he may have been inspired by the depiction of the Peróns’ manipulation of the descamisados when he said that ‘the forgotten men and women of our country will be forgotten no longer’.

“It’s a piece that speaks directly to the concerns of our time. I am endlessly fascinated by social hierarchies, the battle for supremacy and the utilisation of the media and entertainment as a weapon of power and the concealment of truth.”

Rice himself is not convinced. When I suggest to him that there is something in the current revival of interest in his collaborations with Lloyd Webber that reflects a similarity between the age in which they were created and the uncertainties we are living through now, his laugh is as laconic as his lyrics: “I think that’s just a coincidence. You can make any piece, if it’s any good, relevant to what’s happening at the moment and that’s because a piece that’s good has got believable characters. If you portray human nature accurately, human nature never changes whereas politicians and events do. It is no more relevant than it was when it came out. It’s just a great story, and a great story, if it’s well told, works for any era.”

He goes on to make a slightly different point about relevance. “What I like about Evita is that it’s of its time, in the sense that it still sounds modern… Some musicals, however good they might be, don’t really take anything that’s happened in music in the past 60 years on board. Superstar and Evita both incorporated rock music and they don’t seem to have dated. You listen to them and it sounds like contemporary music.”

Lloyd’s production underlines this sense of sleek contemporaneity with its staging (all white lights and simple bleacher steps) and choreography (modern, stylised, body-swerving). Not by chance, the look is that of a 21st-century pop arena. “In many ways the show feels like a concert, perhaps because of its roots as a concept album,” he says. “There seemed to be an interesting overlap between the energy, colour and life of a high-concept pop concert (think Gaga, Beyoncé, and Ariana Grande) and a manufactured populist political rally.”

It was a similar way of thinking that led Alan Parker to cast Madonna – at the absolute height of her pop diva status – as Eva in his sweeping 1996 film version of the musical. In other respects, her casting was a mistake: she was pregnant for much of the filming and struggled to sing a score that had to be re-pitched for her voice. Yet there is something truthful in the sense of isolation she conveys; her admiration for Eva might have led her to want to soften Rice and Lloyd Webber’s portrayal, yet it also captures a woman who was ahead of her time in her reluctance to accept the strictures of class and gender.

Lloyd is interested by that too. “I enjoy our ambivalent attitudes towards the characters – that feels truthfully human. Despite much of her behaviour, you can’t help but admire the strength and resilience of Eva in a brutally masculine world. She refuses to be defined in stereotypical, patronising terms. Our shifting relationship with her is fascinating and feels brilliantly nuanced in our times of absolutes and extremes.”

Hal Prince, the show’s original director in the West End and on Broadway, saw Evita as a show about “a villain corrupted by all that power. But there’s also a sympathetic part that draws me to her… It’s grim and grimy stuff… the rage of ambition at work.” This is the classic stuff of drama. Yet the power of Evita, the reason it was loved by audiences who used to queue round the block for returns for two years after it opened, the reason it has been staged around the world ever since, is rooted in the way in which it expresses all this through its music.

It represents the high-water mark of the Rice-Lloyd Webber collaboration and is perhaps Lloyd Webber’s best score – though The Phantom of the Opera runs it close. John Snelson, the author of a study of Lloyd Webber’s musicals, calls it “a very interesting transitional work in that it goes from the early pop and rock-based shows to the lyricism of his later works”. He praises its range, skill and exuberance.

Our attitude to that music has also shifted over the years. When it was first heard, Rice and Lloyd Webber were tyros and Lloyd Webber’s later domination of Broadway was but a glint in his eye. The history of the musical was the history of the American musical and these British upstarts were dismissed as a blip. Yet they have outlasted many of their detractors, their dominance driven home by the frequent revivals of their works and the fact that by the the end of this year Rice’s songs (with Elton John) for The Lion King and Lloyd Webber’s blockbuster Cats will both have had new cinema incarnations. The men who were once seen as challengers for the American musical crown are now establishment figures themselves, knighted, successful and secure of their place in the history of lyric theatre.

It’s an astonishing achievement. “Lloyd Webber has become a British institution,” Snelson says. “He’s 71, his tunes have been passed down through families. He has just managed to last. When Rice and he came along, they were seen as novelty outsiders. But time has moved on and the perspective has become clearer. These are works that have now become part of the global repertory.” 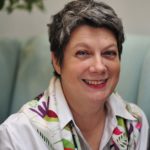 A writer and broadcaster on all aspects of culture and the arts, but specialising in art, dance, and theatre. Her work has appeared in The Guardian, the Observer, the Times, the Sunday Times, British and American Vogue, among others.