It appears to be received wisdom that the modern music festival is, with a few notable exceptions, a vast money spinning exercise. Music fans pay enormous amounts of money to stand around in fields, surrounded by corporate branding, Instagrammers living their best lives, and inadequate toilets, while bands and organisers walk away with suitcases full of cash.

What has festival culture gained, or lost, since the legendary events at Woodstock in 1969? Those three days at a dairy farm in Bethel, New York, blended music with peaceful protest and politics to create the perfect blueprint for the counter-cultural festival.

How has it mutated in subsequent decades? Is it, as the cynics suggest, just an exercise in marketing counter-culture to millennials ? Is it more about the money than the music?

No, says Michael Hann, who takes us on a tour of the festivals that surprised him with their community spirit and camaraderie, reassuringly distilled on a country field at a time when we need so much more of it. Arifa Akbar, editor

It doesn’t help when disasters like the Fyre Festival happen, and the world can follow in real time what occurs when people who are both dishonest and incompetent – what a combination! – decide to put on a boutique event. Oh, it’s not like the old days, moan the people who remember free festivals, dropping acid at Stonehenge while Hawkwind played, dancing naked with druids at Glastonbury. When festivals were about a sense of community and belonging.

In reality, though, if you look further afield than the biggest festivals – the ones the music industry refers to as “frontline” events – then the UK festival circuit is increasingly about community and belonging, albeit in a rather different way to the supposed halcyon days of the 1960s and 1970s.

It’s true that the modern music festival is a product of the counterculture. The first rock festival was the National Jazz and Blues Festival – the one we now know as Reading and Leeds – which evolved through the mid-1960s into an event in which jazz and blues took a distant second place. By the sixth festival, in 1966, the rock contingent – including The Who, the Yardbirds and Cream – was indisputably weightier than the jazz side. But it was in America, with the rise of the hippies, that the idea of the festival as tribal gathering solidified, with the 1967 Monterey Pop Festival, then with Woodstock two years later.

Britain had its own equivalents – the Hyde Park free concerts; the nascent Glastonbury; and, memorably, the 1972 Bickershaw festival, when future TV practical joker Jeremy Beadle put on The Grateful Dead in a mudbath near Wigan.

The temptation to romanticise those early events should be resisted. David Coverdale recalls playing Sunbury festival in Australia with Deep Purple in January 1975, before sound systems had evolved to cope with erratic weather: “The wind was so strong that there were complaints about the noise 15 to 20 miles away. But people in front of the stage couldn’t hear.”

The transformation of festivals in the UK began in 1989, when Reading firmly and completely renounced its rock identity and embraced indie.

That opened up a new market, and spurred the festival boom of the next two decades. The sites cleaned up (notionally, at least); the sponsors came in (sometimes with peculiar results: the 1997 Essential Festival in Brighton had every spare inch plastered with Rizla branding. That  must have caused a certain cognitive dissonance among those being searched head to toe on entry and receiving a police caution for possessing so much as a single joint); the campsites started sprouting boutique areas, with teepees and yurts; vegan sushi replaced salmonella burgers at the food stalls; and canny promoters started to put on festivals for every age and musical taste.

By 2016, according to the music industry umbrella body UK Music, festivals generated a total direct and indirect spend of more than £1.7 billion from “music tourists” – those who travelled specifically to visit a festival. But even in the face of this rampant commercialism, festivals have become a new centre of community, because communities have started putting them on. The festival boom was noticed, as was the fact that festivals were no longer the preserve of young men throwing bottles filled with urine at each other.

Each summer now, scores of small British towns give over a park for a weekend to bands. These events are often supported by the local council, the traders selling food are usually local, and the crowds are drawn not from the music obsessives looking for the only UK appearance by that reclusive American guitarist, but from the people living nearby, families who wouldn’t dream of going to Glastonbury, but who are happy to pay much less to go a couple of miles to hear some familiar songs, and then get home to their own beds.

A couple of weeks ago, I was in Nottinghamshire, and as we drove through Newark, there were the signs for one of these events. The Newark festival took place in a park across the road from Waitrose, just across the Trent from the town centre. The headliners were Razorlight and the Lightning Seeds, typical stars for events like this: groups with a handful of songs lots of people know, but a few years past their commercial peak.

Glastonbury isn’t going to be asking them to headline, but they’re perfect for a Saturday evening crowd in a market town. The Victorious festival in Portsmouth started in just this way. Now it has a capacity of 90,000 and is one of the biggest festivals in the UK, but its organisers still stress it is an event rooted in the local community, with local artists, local traders, and local staff.

This is the side of festivals that doesn’t get written up in the music magazines, or broadcast on television. But the couple of thousand people who gathered together in Newark to see the Lightning Seeds, oddly, represent the original spirit of rock festivals as a place for a community to gather much more truly than do the giant events with their fairgrounds and campsites the size of industrial estates.

It’s not the counterculture, admittedly, and the MC at one of these festivals will not need to warn people not to take the brown acid, but not everyone wants to relive Woodstock. Unless, perhaps, it’s Woodstock, in Oxfordshire (August 23-25, if you fancy. Line-up yet to be announced).

Americans like to think they invented the music festival, but the first one wasn’t Monterey, as many assume. A week before, the unlikely combination of Dionne Warwick and Captain Beefheart were among the artists appearing at Fantasy Fair & Magic Mountain outside San Francisco. This oral history tells the whole story.

Much has been written about the disastrous festival the Rolling Stones put on at Altamont Speedway in 1969 – Stanley Booth’s The True Adventures of the Rolling Stones is recommended, as is Joel Selvin’s Altamont – but if you want the story in short, you could do worse than Sasha Frere-Jones’s New Yorker piece from earlier this year.

No glamping, no craft beer, no children’s area. In fact, very little sign of civilisation. This film of the the 1972 Bickershaw Festival, free to view online in the BFI archive, is a reminder of just how grim the festival experience used to be. 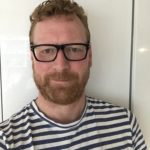 Michael Hann writes about music, among other things, for The Guardian, The Financial Times, The Spectator, Uncut and The Quietus. He was previously a music editor at The Guardian.