Among the half a million at Woodstock in August 1969, there was a cohort of 100 who weren’t there just for peace, love, and rock’n’roll, but to make a movie. The independent filmmaker Michael Wadleigh had managed to persuade Warner Bros to fund the production of a documentary about the music festival and he arrived on site with over a thousand reels of film, and a 100-strong crew culled from the New York movie scene. Warner Bros was worried about getting its money back – most festival movies had been flops – but executives reflected that the footage could always be sold as stock or melted down and used to make plectrums.

The spirit of Woodstock was the starting point for this rumination on the permutations that the modern festival has undergone since that momentous and muddy moment in 1969.

Festival fever has swept up the Baby Boomer generation and millennials in recent years but what do these modern-day gatherings look and feel like now compared to then? Are they still a form of counter-culture or has commercialisation neutered their edges? Pamela Hutchinson looks across some of the biggest festivals today from Glastonbury, taking place this weekend, to Coachella and the ill-fated Fyre. She argues that they have become ‘brands’ that package the live experience and present it, with a bow, on screens, social media and streaming channels to be watched from the comfort of your own sofa. Arifa Akbar, editor

A 26-year-old Martin Scorsese was among that crew, not tuning in and turning on, but working to the point of exhaustion. “For most of that long weekend in August 1969,” he later wrote, “I was confined to a platform about 9ft wide, just to the right of the stage, just below a bank of amplifiers, fiercely concentrating on the musicians and their performances.” The cameramen got sprained knees from squatting in front of the stage for 10-12 hours at a go and Scorsese had to fight with the lighting crew to illuminate the stage so that the faces would show up on film. Four or five cameras were trained on the stage, while twice as many were roaming through the crowds, capturing the atmosphere, the hippies, the mud and the bad acid.

Wadleigh returned to New York City with between 120 and 200 hours of 16mm footage. He rented a room over a pool hall and spent two weeks watching the rushes with his team, several projectors unspooling at once. This multi-dimensional effect reflected the spirit of the event, where the crowds were as important as the musicians: the finished film used split-screens to reflect the idea that Woodstock was more than just a concert, but a gathering, a peaceful protest.

When the film was released the next year it ran a relatively tight 185 minutes and it’s brilliant, an evocative, kaleidoscopic affair marking the precise crossover point between the hippie generation and the young turks of new Hollywood. It was a hit too, making $16.4 million at the US box office in 1970, saving Warner Bros from bankruptcy and wining the Best Documentary Feature Oscar. Exponentially more people saw Woodstock the movie than could ever have been at Max Yasgur’s dairy farm that summer.

“What the movie did, and continues to do,” says Scorsese, “is distil the Woodstock experience, and, more important, keep it vibrant and alive.” It also proved beyond doubt that there is a market for absorbing the festival experience through a screen.

In the intervening half a century, festivals have changed as much as they have multiplied. Now, unlike Woodstock in 1969, they make serious money, and it’s increasingly expensive to attend. Take Glastonbury. The first Pilton festival, thrown by Michael Eavis on his farmland a year after Woodstock, was a one-day event, where 1,500 people paid £1 to get in. Tickets for the 2019 event, which has more than 100 stages, began at £248 plus booking fee. Attendance is capped at 135,000 people and it’s estimated that the five-day festival brings about £26 million to the local economy.

In 2002, the Glastonbury organisers erected a “super-fence” to keep freeloaders out. Even though the event had been broadcast on the BBC since 1995, some people still craved the festival experience enough to risk illegal entry. Now, while thousands still arrive at Worthy Farm with little more than a tent and crate of warm beer, others pay thousands to stay in luxury yurts with hot tubs and 24-hour shuttle buses to the festival gate. That is to say, you can be at Glastonbury without really being at Glastonbury. The rise of these “glamping” services shows that the festival now has to compete with the comfort of watching at home – this year the BBC is giving Glastonbury its most extensive coverage yet, across TV, radio, apps and on-demand streaming.

One more landmark in Glastonbury’s recent history gives an insight into how festivals are changing.

In 2005, Kate Moss was photographed in the Glastonbury mud wearing an outfit practically designed for the whimsical weather of a typical English summer: hotpants and a pair of black wellies. The rubber boots were made by heritage brand Hunter and soon became best-sellers, building on their newfound hipster cachet. Hunter has been known to park trucks outside Glastonbury where festival-goers could swap their old boots for new Hunters. Creative director Alasdhair Willis told the trade press: “We saw it as an opportunity to build on that platform; I wanted to partner with as many festivals as possible.”

While the Woodstock crowds took a certain pride in the long hair, beards and denim that marked them out as part of the counter-culture, “festival fashion” is now huge business, subject to scrutiny on style pages and responsible for millions spent in retail as well as fleetingly massive mention trends from flower crowns to native American headdresses. Nowhere more so than at Coachella in California’s Colorado desert, where influencers parade in eye-catching ensembles designed to be captured on street-style blogs, social media and in fashion magazines.

Especially social media: the festival has been called the “Super Bowl of Instagram advertising”. To poke fun at this development, YouTuber Gabbie Hanna tricked her 3.8m Instagram followers with fake photos of her “Coachella experience” without leaving Los Angeles. “I know people who double up their outfits on the first weekend and take photos so they can pretend to go to both weekends,” Hanna said. “So what I’m doing is not that far from reality.” Between its domination of Instagram (128,428 posts tagged #coachellafashion) and the fact that the live sets are streamed on YouTube, Coachella truly is a social-media event as much as a series of pop concerts.

Even Beyoncé’s much-talked about “Beychella” sets at the 2018 edition, were filmed and edited into a movie, Homecoming, that was released on Netflix this year at the very time Coachella was taking place.

All this brings us to Fyre, the hellish endpoint of festivals becoming more exclusive, more corporate, more digestible via the small screen.

The brainchild of Billy McFarland, Fyre was set to be an ultra-luxury festival on a private island in the Bahamas. It was promoted in enigmatic, paid Instagram posts by influencers including Bella Hadid and Kendall Jenner. Ticket prices ranged from $450 to $12,000 but when the high net-worth audience arrived at the island, there was no sign of the promised luxury accommodation, prestige catering or even music. In short, it had everything a festival needed in the virtual, digital sphere, and nothing to offer its audience on the ground. McFarland pleaded guilty to fraud and was sentenced to six years in prison.

Where did we all revel in this sad and sordid story? Live on social media as it played out (one tweet of a sorry-looking cheese sandwich went viral, but was later revealed to be a fake), and then via documentaries available on Netflix and Hulu.

Has the Woodstock revolution been digitised? Vice called #fyrefail “the Altamont of our time; a loss of innocence, a point of no return”. Festivals still have much to offer: unique experiences and great music, let alone a platform for upcoming bands to reach new fans. But the high-stakes economics of the bigger events have resulted in this strange new relationship with the paying audience.

Whether it’s a three-hour movie, a fashion line, a Netflix special or a brand deal on Instagram, festivals are increasingly exploited to produce content for other platforms. As ticket prices rise, and social media gets between the people and the music, to get the most out of a festival, do you really have to be there at all? 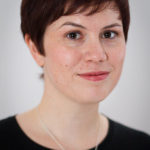 Pamela Hutchinson is a writer, critic and film historian. She is the author of the BFI Film Classic on Pandora’s Box and the editor of 30-Second Cinema.