In the very first interview Donald Trump gave after his election as President of the United States in November 2016, he expressed his desire to deliver “the ultimate deal” – peace between Israel and the Palestinians. Two and a half years later, we have yet to hear any official details of such a deal. The question of whether a Trump plan could end one of the world’s oldest conflicts has been replaced with another: is there actually a plan, and will it ever be unveiled?

Deep into Trump’s first term, his son-in-law is about to tackle Arab-Israeli politics in earnest. Both men say they hope to pull off “the ultimate deal”.

The idea is laughable to most veterans of the peace process, but in certain very particular circumstances it needn’t be. Anshel Pfeffer, who has seen US peace brokers come and go, assesses the chances of a Jared Kushner breakthrough. Giles Whittell, editor

On Tuesday we may get our first peek at it. The document is said to have been drafted by a team headed by Trump’s son-in-law and special advisor, Jared Kushner. The unveiling is due at a “Prosperity to Peace Workshop” convened by Kushner in Bahrain. The workshop, though, is likely to be a low-level affair. The Palestinian leadership, enraged by what it sees as the Trump administration’s one-sided approach to the peace process (it has unilaterally recognised Jerusalem as Israel’s capital even though the Palestinians claim it as well), are boycotting the event. For balance, the Israeli government has not been invited to send official representatives either. It is unclear either whether senior leaders from any of the Arab countries invited will be there. 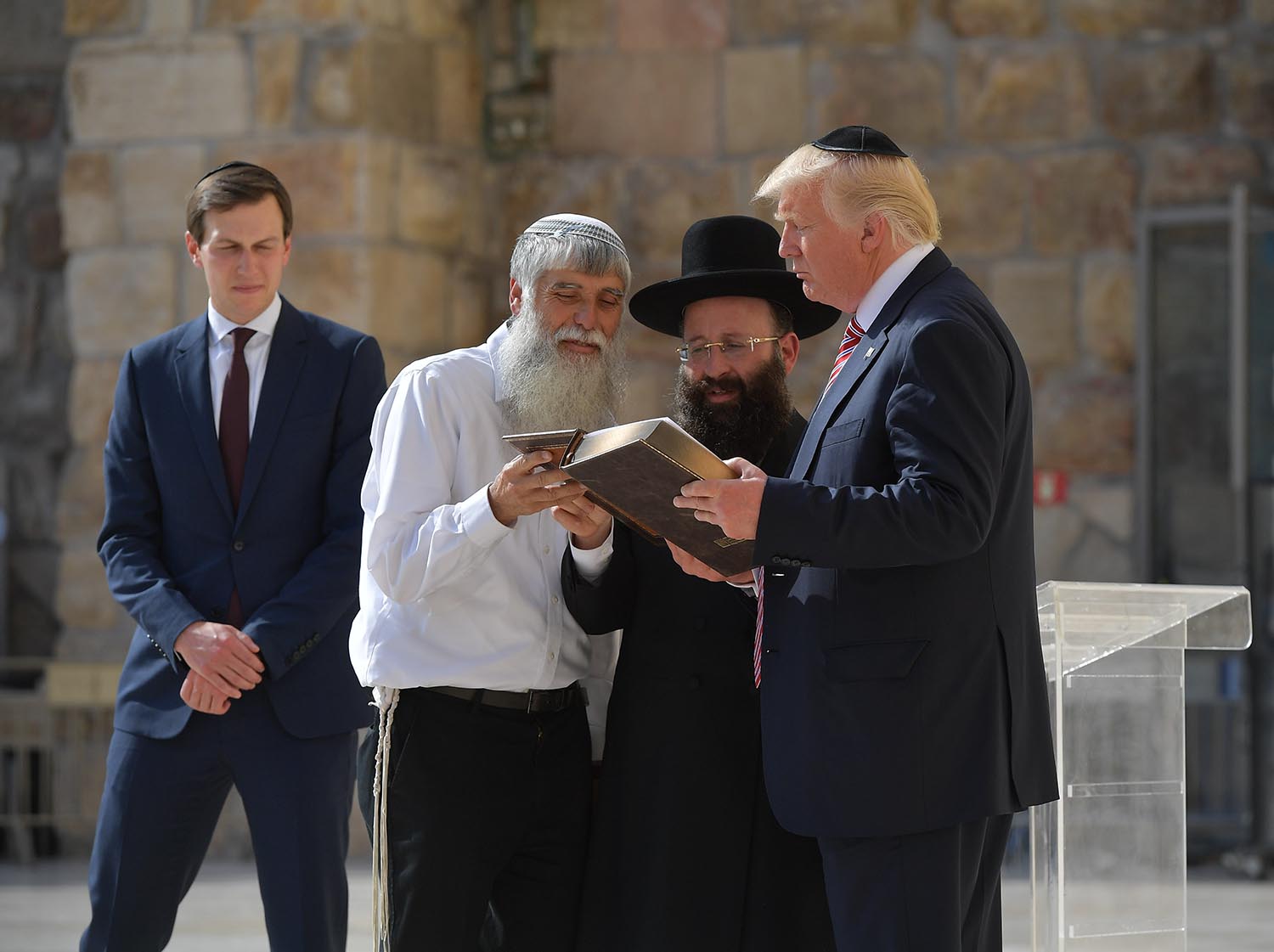 The Bahrain workshop is going ahead anyway. Kushner’s strategy seems to be to kick off the process with economic inducements of up to $50 billion to the Palestinians and Israel’s other neighbours before revealing the more controversial parts of his plan – on borders, security, refugees and Jerusalem. Given that the Palestinians and their Arab supporters have already ruled out any American attempt to buy them off, assessing the chances of a Trump peace plan working may seem a purely theoretical exercise. But Trump is president. He can hardly be accused of ignoring the Middle East when on the brink of war with Iran. The exercise is surely worth it. So how could Trump succeed where every American president before him failed? The first necessary element would be timing. Historians and politicians have different ideas as to when the Israeli-Palestinian conflict began, but by most accounts, the battle for the land between the Jordan river and the Mediterranean between its Jewish and Arab populations has been going on for at least a century. These are two nations with long memories and they prepared to wait. The Palestinians can realistically expect the next US president after Trump to be at least slightly less overtly supportive of the Israeli side, so are extremely unlikely to engage with any American proposal this side of the November 2020 presidential election. So the first thing Trump needs to get his plan on the table, is to win a second term. Facing four more years of Trump could make the Palestinian leadership reconsider its boycott. 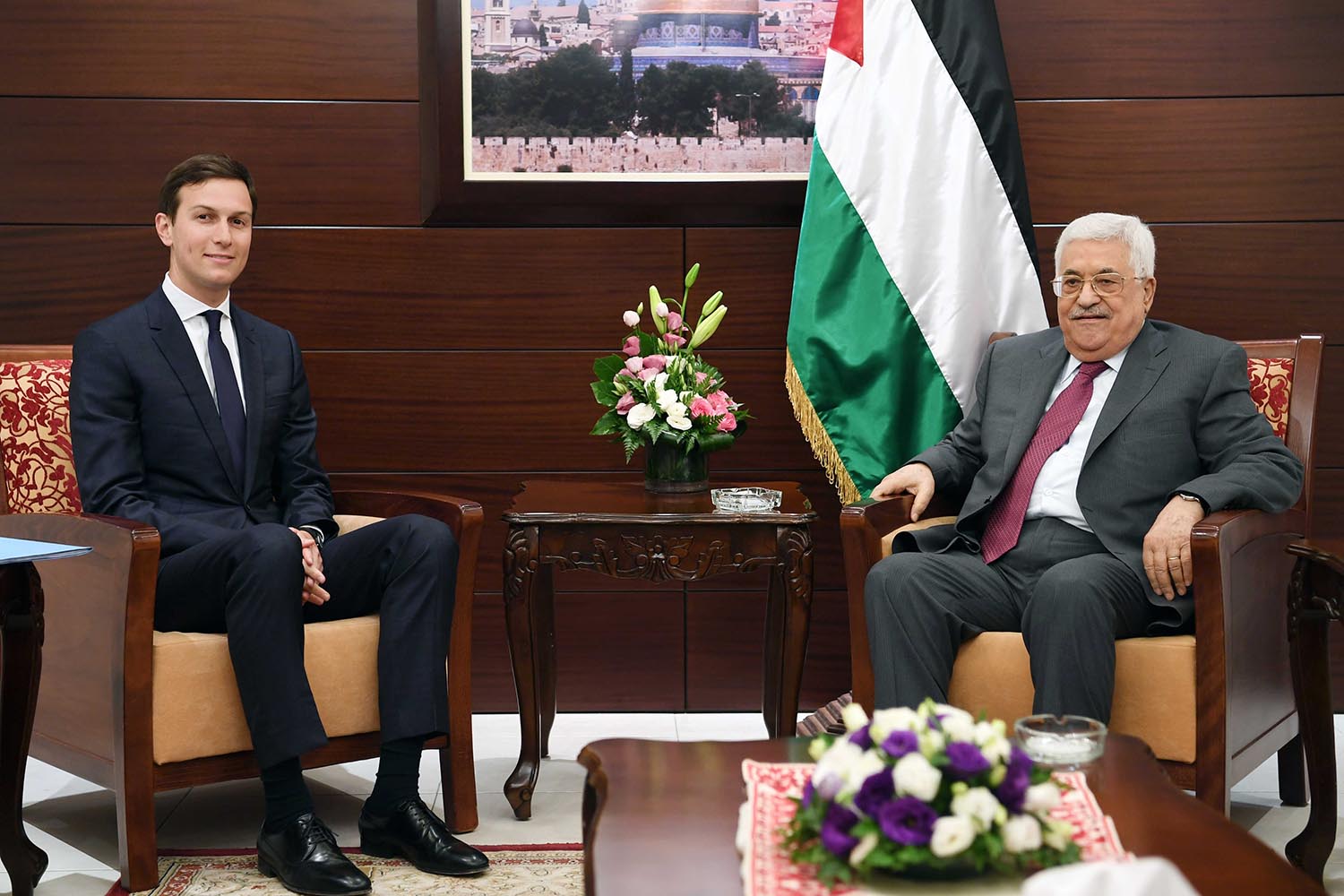 Postponing the unveiling of the plan to 2021, could have another advantage. By then, Israel and the Palestinians may have new leaders. Binyamin Netanyahu is facing a second election this year, his political base of right-wing and religious parties is becoming increasingly fractious and he is likely to be indicted for corruption by the end of 2019. The identity of his successor if far from clear, but a new Israeli prime minister could mean a more flexible approach. The same could be true on the Palestinian side. President Mahmoud Abbas is 83, in failing health and has not faced an election since 2005. For over a decade now, Netanyahu and Abbas have become increasingly entrenched in their positions. Different leaders on both sides could create new possibilities for Trump and his team. But that won’t be enough. Kushner’s economics-first–politics-second approach isn’t necessarily a non-starter. The West Bank has remained relatively peaceful since the end of the Second Intifada 15 years ago, largely due to its moderately improved economic situation. As one Palestinian politician put it: “the fact that the rest of the Arab wold is in chaos while in Ramallah and Nablus, people at least have reliable electricity, running water and food supplies, is a deterrent from launching another intifada.” For the Palestinians under the rule of Hamas in Gaza, infusions of mainly Qatari financial aid have likewise helped to calm an otherwise desperate situation. 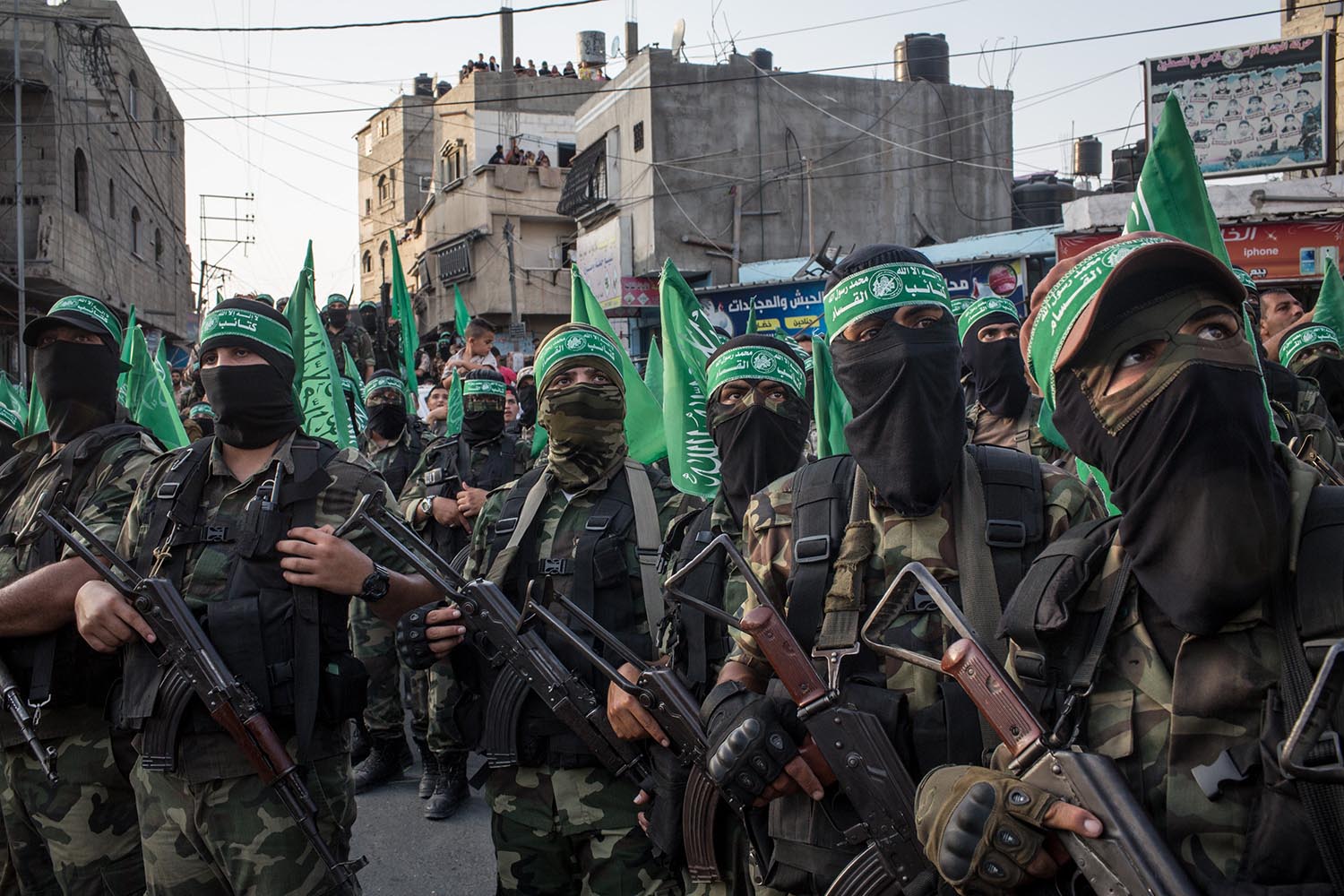 None of this is in any way a long-term solution. The Palestinians are not bluffing when they say that no sum of money will make them give up their national aspirations, and if Kushner actually believes they will, he is a fool. But securing funds to rebuild Gaza and improve the material lives of Palestinians in the West Bank could under certain circumstances buy more time and create a better atmosphere in which to deal with the core issues. Ultimately these issues – statehood, borders, refugees, settlements and Jerusalem – will have to be addressed. From interviews given by Kushner and his main team-members (David Friedman, US ambassador to Israel and Jason Greenblatt, Trump’s special representative for international negotiations), they are not contemplating meeting any of the Palestinian demands on these issues. If this is the case and remains so the Trump plan will never work – not even in a second term, with different Israeli and Palestinian leaders, and no matter how many billions are poured into the Palestinian economy. 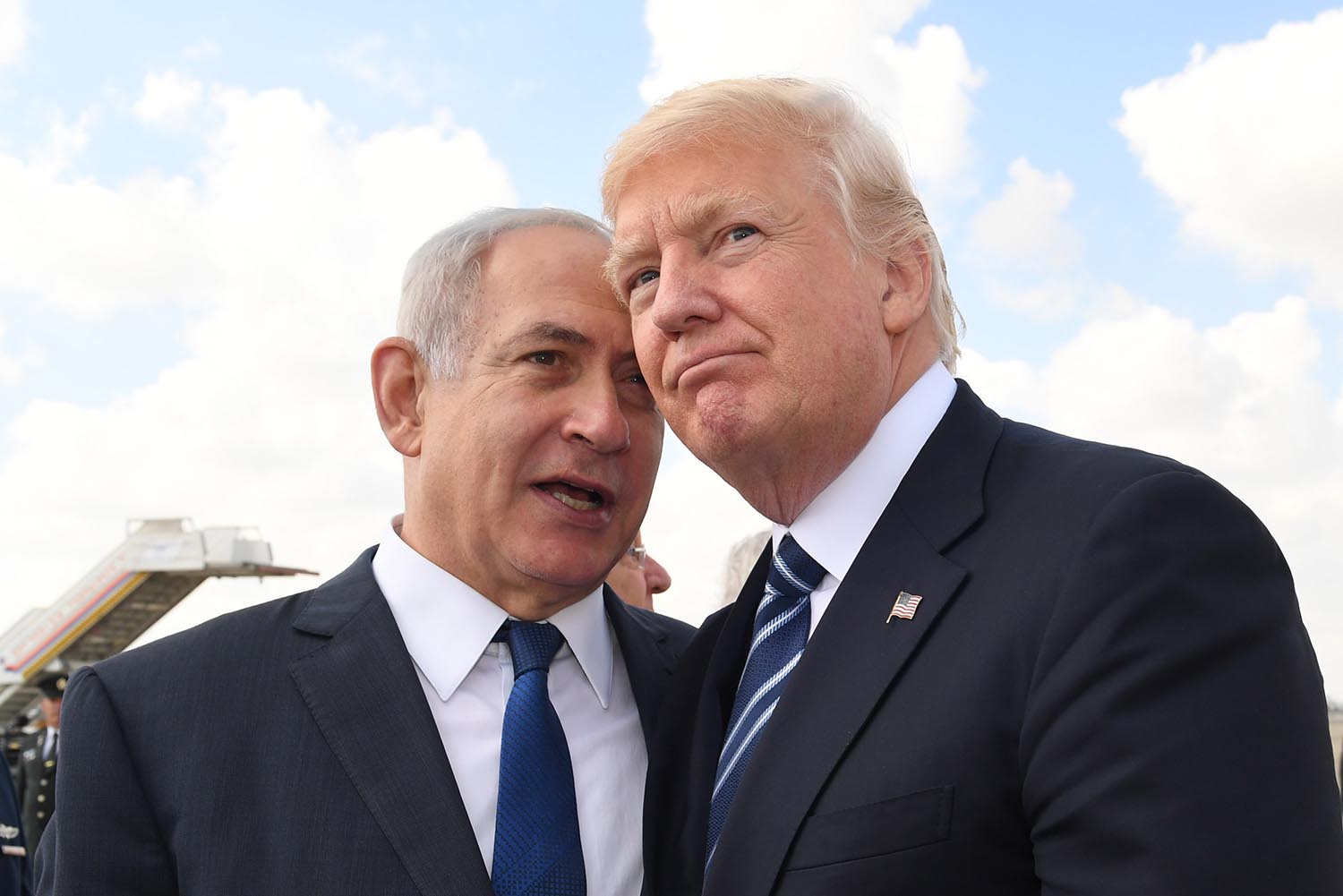 But Trump is capricious, and ambitious. At some point, if he really wants the ultimate deal, he could change his team. The essentials of an Israeli-Palestinian peace plan have been on the table for the past two decades. They include a demilitarised Palestinian zone in Gaza and most of the West Bank, and changes to the pre-1967 map to allow Israel to annex most settlements near its border. This would involve evicting and rehousing about 15 per cent of Israeli settlers and giving the Palestinians land elsewhere. Creative mechanisms also exist to allow both Israel and Palestine to call Jerusalem, or parts of it, their capital. Israeli and Palestinian leaders were not far off agreeing on these terms in 2000 and again in 2008. New leaders on either side could still bridge the gap. It remains the only viable solution on the table. 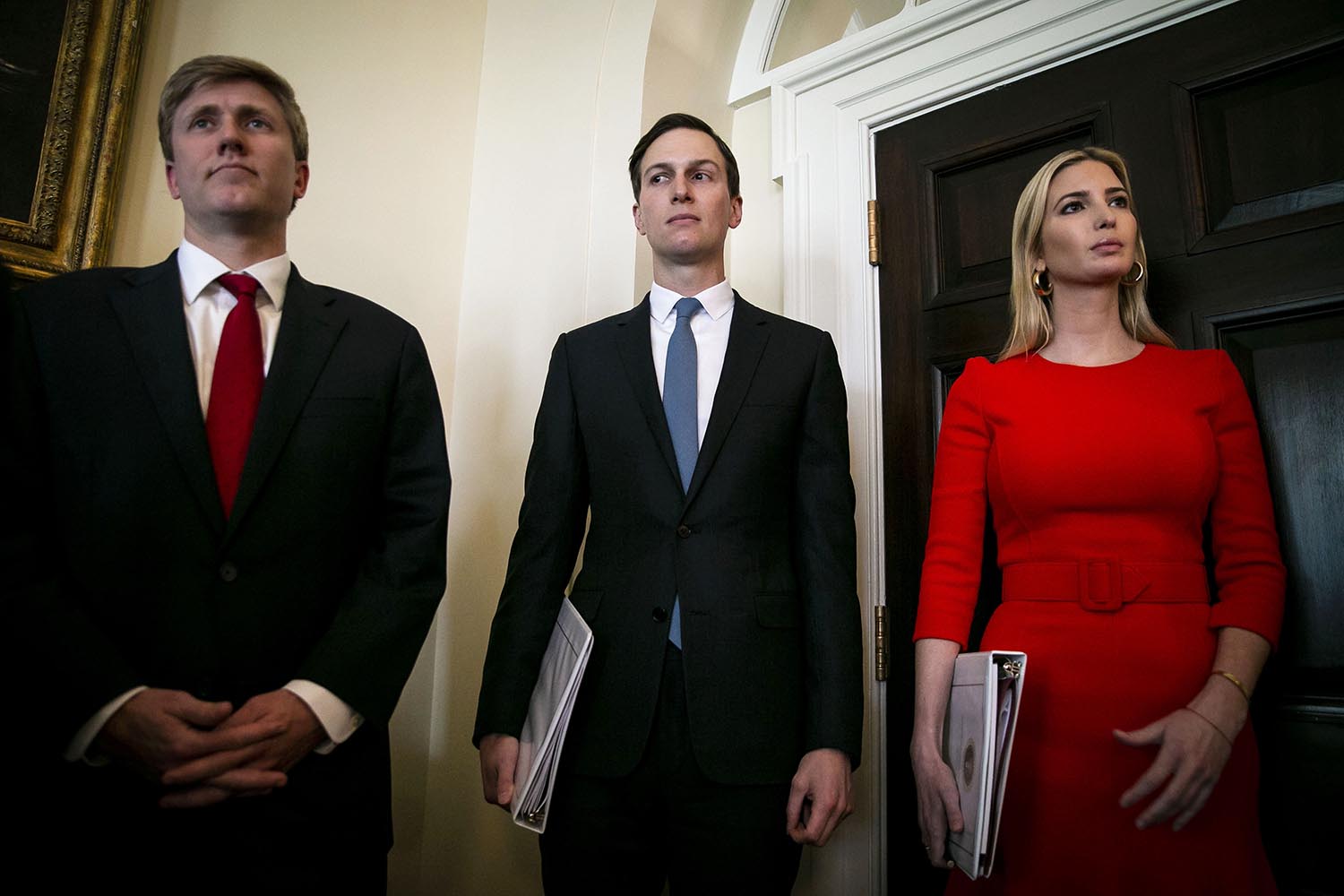 The problem for Trump in adopting this solution, beyond the positions of Kushner and his current team members, is that this plan has a name – the Clinton parameters. And it seems unlikely that Trump would push the plan of a former Democrat president. But even that isn’t an insurmountable obstacle. Trump has form on ripping up trade deals and then signing new ones that are essentially no different from the originals, and claiming they are vastly improved thanks to his deal-making genius. Could the Trump approach to trade talks work in the rarefied arena of grand strategy? We may yet find out.