Drag king Adam All has just transformed into a butterfly. Wriggling free from his caterpillar costume – a green sleeping bag customised with several pairs of socks – he spreads his silken wings and bursts into song.

Since 2013, BoiBox, a monthly cabaret night at The Glory in East London, has acted as a showcase for emerging and established drag kings.

While drag queens are a long and well-documented tradition in popular culture, male impersonators go back as far as vaudeville but they remain less visible.

This is changing: drag kings who have been performing on the cabaret circuit for decades are now poised to enter mainstream theatres. Natasha Tripney, a stage writer and editor who has been following drag culture for years, reflects on how these performers subvert notions of gender to chime with topical discussions about queer and non-binary identities. Arifa Akbar, arts editor

If people are familiar with the visual vocabulary of drag queens – thanks largely to RuPaul’s TV series Drag Race – the world of drag kings is less visible. This is changing though, and BoiBox is part of the reason. Founded by Adam All and fellow drag artist Apple Derrières at the now-closed Candy Bar in London’s Soho, it was set up to encourage and empower drag kings to take to the stage in their astonishing variety. “We felt it was needed,” says Adam, who is the creation of performance artist Jen Powell. Having worked on the drag cabaret circuit since 2008, Adam was finding it “increasingly frustrating how many bookers were just not aware of what a drag king even was”.

So what is a drag king, for those who still don’t know? The simplest definition is that of a female or non-binary performer exploring masculinity. Male impersonators have been a staple of the music hall and vaudeville stage since the Victorian era – female performers dressed in male clothes and slightly satirising male vanity. Yet, while masquerading as masculinity has been used by women as a tool of satire for the best part of two centuries, the drag king in the contemporary sense only really gained prominence in the 1990s.

According to Adam, over the last five years the scene “has grown exponentially to well over 100 performing kings”. Besides raising the profile of drag kings on the cabaret scene, BoiBox has created a community, a space where people can comfortably express queer and non-binary identities. It’s a bit like a family, one audience member says. There’s a similarly diverse drag king community in the US, particularly in New York and Seattle, though there, too, it remains marginalised compared with the queen scene.

While BoiBox is an outlet for critiquing masculinity, it is also – let’s be clear – a lot of fun. In matching silver and aquamarine outfits, Adam and Apple compere a line-up including Clay Taurus, relatively new to the scene and dressed like a woolly mammoth; drag clown Richard Melanin the Third, who performs a stilt routine in defiance of the venue’s low ceilings; Sigi Moonlight, who merges burlesque with a subversive undercutting of Asian stereotypes; and fetish performance artist Marnie Scarlet, who strips off layer upon layer of latex to reveal an inflatable crimson phallus and a pair of devil horns. The night wraps up with Adam and Apple duetting on a version of Defying Gravity with a pointed switch of lyrics: joining hands they sing about “defying misogyny”.

Drag kings are bursting out of the basements. The recent finale of this year’s Man Up drag king competition was too big to be held at The Glory. There is an increasing overlap between the world of cabaret and theatre, too. Sex Sex Men Men, the new show by Pecs, an all-female and non-binary drag king collective, sold out its run at the Yard Theatre in Hackney, East London. (It could be argued that Emilia, Morgan Lloyd Malcolm’s play about the poet, Emilia Bassano, with a swaggering moustachioed Charity Wakefield as Shakespeare, is an example of a drag king currently playing in London’s West End.)

Tracking back through the annals of drag king history, British-born Annie Hindle was the first popular male impersonator in America, though Vesta Tilley is the best known. A household name in the UK, her popularity lasted throughout the First World War, her celebrity such that she was able to lead a highly successful army recruiting campaign.

Ella Shields also made a career from dressing as a swell in topper and tails. The principal boy has long been a fixture in pantomime, and male impersonation was a key part of the British duo Dawn French and Jennifer Saunders’s comedic arsenal; ditto Tracey Ullman’s. More recently, on Saturday Night Live, Melissa McCarthy and Kate McKinnon were able to deflate and undermine Sean Spicer and Jeff Sessions by putting on their costumes, wallowing in their bluster and unravelling their swagger.

Queer theorist Jack Halberstam’s seminal book Female Masculinity describes how, while “the male impersonator attempts to produce a plausible performance of maleness as the whole of her act, the drag king performs masculinity (often parodically), and makes the exposure of the theatricality of masculinity into the mainstay of her act”.

Adam All makes it clear that his act is about “performing maleness” rather than performing masculinity. “I think masculinity and femininity are elements of humanity, distinct only in social contexts and culturally varied, labelled as such artificially.”

Jacqui Ong, who performs as Sigi Moonlight, has an on-stage style that merges burlesque with clowning, satire and Brechtian elements. The routine she performed at BoiBox, dressed as an old Asian man with long white wig and moustache, was intended as “a spoof of the lack of sexual appeal – as well as leading roles – for Asian men in mainstream culture”.

For Celine Lowenthal and Temi Wilkey, the co-founders of the Pecs collective, sexual confidence is a big part of the appeal. Wilkey describes her role as Drag King Cole as “empowering, sexually liberating and incredibly queer. It helps me harness the more assertive parts of myself that I’ve been socially conditioned not to explore day-to-day.” The creation of her drag persona “wasn’t so much a conscious construction, as a discovery of a latent part of myself”.

Lowenthal, who directs the collective’s shows but doesn’t perform herself, feels that “kinging” is both a way of “channelling female masculinity – masculinity that’s not owned by cis-men – and of challenging stereotypes and toxicity”.

“There’s a culturally held belief that femininity is performative,” she explains, “and the flipside of that is that masculinity is neutral. It’s only through seeing a performance of masculinity by people who wouldn’t be viewed as men that you notice it is not neutral at all.” Depending on the act, kinging is both a way of channelling masculinity while also pointing up its performative nature – making it visible.

Lucy Jane Parkinson, aka LoUis CYfer, winner of Drag Idol 2014, first became interested in drag while studying performance at university as a way of exploring their gender identity and dysphoria. As a non-binary performer, aware that it was unlikely they would be cast as a Juliet or an Ophelia, they found the drag king scene a creative outlet, too. Parkinson is quick to point out, though, that the growing interest in drag kings has been hard-won. “Even in the gay community you’re up against the patriarchy.” Mediocre queens can have an easier ride than talented kings. “I feel like I need to work even harder.”

Winning Drag Idol opened doors that had previously been closed. One of the conditions of the competition was that venues had to programme the winning act, so Parkinson ended up performing in places that had never seen a drag king before. Theatre has also been more receptive to drag king as a form. “There’s a sense that if venues weren’t interested then kings would turn to theatre and occupy those spaces.”

Parkinson ended up working with Milk Presents, a theatre company specialising in work that explores gender, and in 2015 was cast in Joan, a show that used drag king techniques to tell the story of Joan of Arc. A hit at the Edinburgh Festival Fringe, the show was praised by Lyn Gardner, the critic: “Parkinson morphs before your eyes so cleverly that sorcery might be involved.” It ended up touring the UK and internationally. More theatre work followed, though Parkinson intends to continue performing as a drag king too.

Pecs has enjoyed a similar level of crossover success. Founded six years ago, the company has performed at The Glory and the Royal Vauxhall Tavern in London, as well as at the UK’s Latitude Festival, before creating the retro-themed Pecs: The 80s Show, for London’s Soho Theatre. This paved the way for the even more ambitious Sex Sex Men Men.

Lowenthal and Wilkey were drawn to the cabaret scene in part because of the audience’s ease with expressing desire. “In our queer female audience there’s a real sense of unleashing of a sexual energy I don’t see anywhere else,” says Lowenthal.

Sex Sex Men Men began as a way of exploring this sexual energy but soon grew into a more nuanced unpacking of the overlap between masculinity and sexuality. It set out to “celebrate masculine sexuality whoever it’s inhabited by, but also to challenge toxic masculine behaviours while attempting to understand where those come from”. To Lowenthal, vulnerability is central to this. “Not having permission to be vulnerable is where the most toxic behaviours seem to come from. That was the journey the show went on – starting from bravado and ending up in a place of vulnerability and play.”

When Pecs started out, their work was more parodic in tone. It soon moved towards something more “celebratory and generous towards the male characters”. The critic Hannah Greenstreet, writing for the theatre magazine Exeunt, described the company’s representation of sex as “plural, physically and emotionally intimate, very queer, and, crucially, playful”.

“Though kings still don’t have the same visibility as queens,” says Lowenthal, “people are starting to get into it as a representation of queerness and female power. Our popularity is growing.”

Ong is more pragmatic. “Though the last few years have seen more kings on the UK scene performing on variety stages alongside burlesque dancers, queens and other cabaret performers than ever before,” she says, “they still don’t get the same recognition and platform as other performers; they are probably the most marginalised types on the scene.”

Adam All offers a more positive spin. London’s National Theatre has just announced the line-up for its second outdoor weekend festival in July, with The Glory as a partner. Adam will compere the launch. In a short space of time, he explains, “We’ve gone from almost completely unrecognised to filling stadium-sized venues. I believe it’s just the beginning.”

For an exploration of the role of masculinity in society and the individual, Female Masculinity, by Jack Halberstan, professor in the Department of English and Comparative Literature and the Institute for Research on Women, Gender, and Sexuality at Columbia University, is a key work of queer theory

Also essential – and gripping – reading is Tipping the Velvet, Sarah Waters’s fictional trip into the world of Victorian male impersonators

This article focuses on Australia’s new wave of drag kings 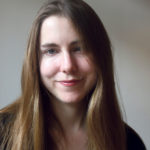