In December 2017, Kristen Roupenian wrote a short story about a bad date that took us in between the sheets of a contemporary American couple. The view of the act came from where the young woman lay and the reaction to it could surely not have been predicted by The New Yorker when they published it. Cat Person went viral. For a while, everyone – men, women, prudes, sexperts – were talking about 20-year-old Margot, who realises that she doesn’t really want to have sex with Robert, a man in his mid-30s with whom she begins flirting, before going ahead with it anyway. “[T]he thought of what it would take to stop what she had set in motion was overwhelming; it would require an amount of tact and gentleness that she felt was impossible to summon,” thinks Margot, steeling herself for the inevitable outcome.

It especially struck a chord with women readers. Not only was Margot and Robert’s unsatisfying sex infinitely relatable, it became supremely relevant in the wake of MeToo. The story gave rise to some of the most nuanced, but also the most inflammatory, conversations about consent. Was Robert – with his terrible kissing (“he came for her in a kind of lunging motion and practically poured his tongue down her throat”) and excruciating dirty talk (“I always wanted to fuck a girl with nice tits […] You make my dick so hard”) – the villain of the piece for not intuiting Margot’s reticence? Or was Margot in the wrong for failing to articulate her ambivalence?

There has been a flurry of books that describe, and dissect, the experience of sex from the point of the view of the woman.

This piece examines what it means for fiction, and for our own sex lives. Arifa Akbar, editor

Regardless of where one’s sympathies lay, or indeed what one thought about the literary value of Roupenian’s story, the real genius of Cat Person was that it encouraged women to discuss the complicated factors – cultural expectations, embarrassment, self-consciousness – that can muddy a sexual encounter.

They are not, to be clear, the first women writers to bring realism into the bedroom. Permission, with its delicate exploration of loss, loneliness and longing in a landscape of erotica, has been compared to the work of Mary Gaitskill, the American author who made a name for herself in the 1980s with her “transgressive” fiction (she wrote about prostitution, addiction and S&M). So, too, the British novelist and art critic Zoe Pilger, who says that her sexually-charged “post-feminist” debut Eat My Heart Out (2014) was inspired by Gaitskill’s story A Romantic Weekend, from her collection Bad Behaviour (1988). “I’m glad that insights in the vein of Gaitskill’s are now becoming mainstream,” says Pilger, picking up on what makes this new generation of women writers unique: the fact that they’re no longer considered marginal voices. She recognises that Cat Person “chimed with the moment”, but she also points out that Roupenian’s work isn’t unique. “There are many precedents of women writing about the mysterious process of degradation that often seems to characterise modern gender relations.”

Take, for instance, Leïla Slimani. The Prix Goncourt-winning French-Moroccan novelist’s first novel Adèle tells the story of a middle-class Parisian journalist whose life is spinning out of control because of her addiction to illicit sex. Adèle is an intriguing addition to this new trend because, although it appears to belong to the contemporary moment, it has its roots in a specific French literary tradition that reaches back through Catherine Millet’s The Sexual Life of Catherine M. (2001), Virginie Despentes’ Baise-moi (1994) and the canonical writer Anaïs Nin. All the same, Adèle‘s popularity proves Pilger’s point: a subject that only a few years ago would have been considered niche is increasingly becoming a staple of mainstream literary fiction.

Sophie Mackintosh’s Man Booker-longlisted debut The Water Cure is a gauzy, dystopian coming-of-age tale about three sisters living in what seems like a post-apocalyptic world in which men are quite literally toxic to women, and where sex and danger go hand in hand. The girls’ burgeoning sexual desires are infused with something of the same ambivalence we saw in Cat Person. “Again I want to hurt him, want to save his life or to ruin it, something, anything, I have not decided,” thinks Lia of the older man pursuing her. “I want him to leap for my approval like a fish, body twisting, and I want to be the one who dictates the terms, but when I try, small stabbing gestures towards intimacy, he doesn’t react enough.”

Melissa Broder, the American poet and essayist, meanwhile, brings us sex scenes like we have never seen before in her brilliantly bonkers novel The Pisces. The story itself might be steeped in fantasy – the object of the heroine, Lucy’s desire is a handsome, horny merman she meets on Venice Beach – but they have sex like a real couple. In the same way that people hailed the sex scene between the puppet protagonists of Charlie Kaufman and Duke Johnson’s animated film Anomalisa (2015) as one of the most (toe-curlingly) realistic ever seen on screen, it takes a merman-human coupling to show us real sex. Lucy and her paramour’s desire for each other exists alongside the “embarrassment” of periods and the threat of urinary tract infections. Their sex is messy – they get carried away and soil a white sofa with her period stains – and imperfect, too, but it is also genuinely sexy and surprisingly tender. What it definitely is not is the sort of sanitised, desire-free sex routinely found in pornography. “Now he looked more pained, or perhaps he was engulfed in a pleasure that overwhelmed him,” thinks Lucy, watching her lover in the throes of passion. “He was moaning ‘ungh, ungh’ into my mouth, but not like the guys in porn saying stupid, phony lines like ‘Fuck me, bitch.’ This was pure sound.”

Explicitly or implicitly, contemporary women writers are pushing back against fake sex, whether it’s the insipid, highly implausible stuff of Mills & Boon romances (and the nominees of the annual Bad Sex Award), or the artifices of pornography. And this is not happening in fiction alone. Central to the mid-life explorations recounted in her memoir Free Woman: Life, Love and Doris Lessing, the academic Lara Feigel describes her search for sexual satisfaction with a searing candour. And due to be published this summer is Three Women, Lisa Taddeo’s deep dive into Nancy Friday territory in her account of the real sex lives and desires of three ordinary American women, all of whom spoke candidly with the author over a period of eight years.

Back when some of us were teenagers, we knew little about our female bodies or what to do with them bar the odd lesson from Judy Blume’s Forever and some unenlightening sex education classes. What women were taught then in relation to their sexual organs was how not to get pregnant. Contrast that with books published this year, such as Lynn Enright’s Vagina: A Re-Education and Tallulah Pomeroy’s A Girl’s Guide to Personal Hygiene, and you see how far we have come in recent times. These publications are a response to both the lack of proper educational material and the completely unrealistic expectations about women’s bodies that pornography disseminates. Forthcoming are Period Power by Maisie Hill; Nimko Ali’s Rude: There is No Such Thing as Oversharing; and Hormonal, in which Eleanor Morgan explores the ways in which women’s bodies are being medicalised, among other things. It is clear from this flurry that issues of women’s bodily autonomy – from smear tests through to abortion and sexual health – are being furiously fought for.

In the same way that Cat Person highlighted the need for better communication between sexual partners, these non-fiction titles draw attention to the broader conversations that need to be had about our bodies, our desires and our sex lives. In her introduction to Penguin’s 2004 edition of DH Lawrence’s Lady Chatterley’s Lover, Doris Lessing argued that sex scenes in fiction serve a more important purpose than mere titillation: “The description of what happens in the bedroom, between the sexes, with all the power-play between the genders, is a vital and valid documentation in literature.” The works of Roupenian et al appear to prove Lessing’s thesis – they provide something of a sexual social history of our age.

But might they also change the way we talk about and have sex? Vogel is optimistic. “I think that honest communication about desires is the only thing that can change what happens in the bedroom, and how we conduct relationships,” she says. “Like with so many things, sometimes subconsciously, we feel we need permission before we begin to explore or question, and literature can give us this permission.”

Ten books by women: sex through the ages

Anaïs Nin, Delta of Venus (1977, though largely written in the 1940s, for a private collector) 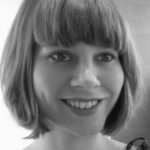 Lucy Scholes is a cultural critic and managing editor of the literary magazine The Second Shelf. She writes a monthly column for the Paris Review about out-of-print and forgotten books that deserve not to be.