Wherever fracking is proposed, it is opposed. Is it time to ask more fundamental questions about our attitudes to energy? 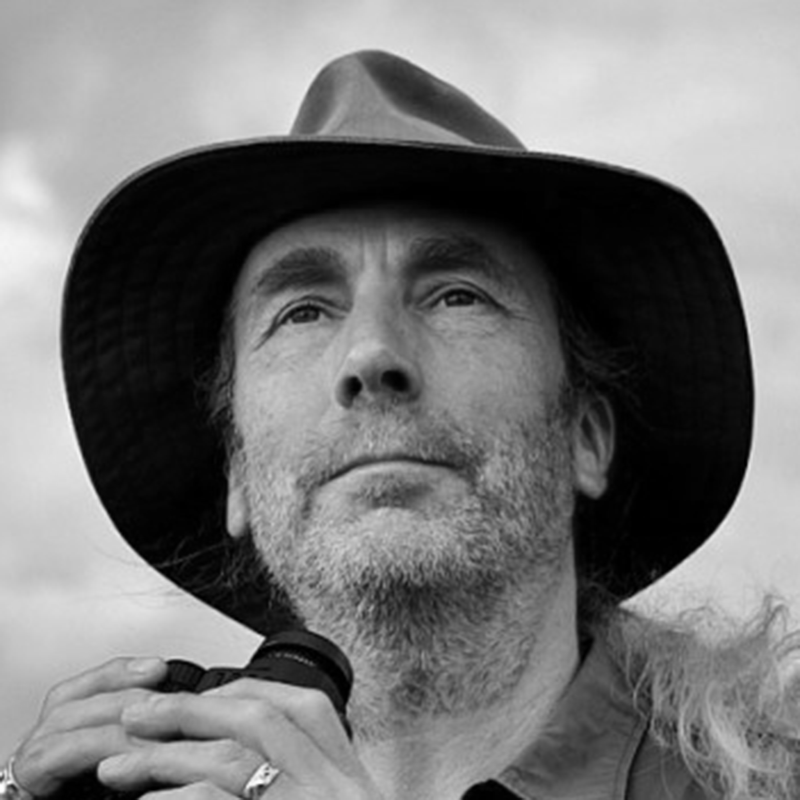 We’ll be causing earthquakes under your house, but don’t worry – they’ll only be little ones.

How soothing! Surely all cares must vanish at such words. Every bit as reassuring as any moment when someone announces: “There is absolutely no cause for alarm.” The idea of the good solid ground – the ground we trust for moral and physical support – shifting beneath our feet is nothing less than horrifying.

For part one of his examination of the impact of fracking in the UK, Simon Barnes went inside the compound to witness the drilling for gas.

In part two, he examines the impact on the Nottinghamshire village of Misson. David Taylor, editor

Earthquake victims are said to be traumatised not just by the disaster, but by the impossibility of accepting the fact that the earth could betray them like that. That’s why the idea of doing it on purpose – of big, faceless, unimaginably wealthy commercial organisations causing earthquakes on purpose – and doing so with the cheerfully hectoring backing of the government – causes acute dismay. Especially if yours is the house they’re digging under. The ground betrays us, the government betrays us. What’s left?

And I suspect that the feeling of being put at risk by people who are willing to batter away at the heart of the earth to make money – money that you and I will never see – is at the heart of the widespread visceral opposition to the practice of hydraulic fracturing, or fracking. Fracking is a drastic – some would say desperate – attempt to extract previously inaccessible deposits of gas to meet the world’s escalating energy demands.

There are all kinds of reassurances. It’s been suggested that, on the surface, the sort of earthquake routinely triggered by fracking is no worse than a melon falling off the kitchen table, or maybe a small car passing close by.

The earth is always moving; its solidity is just as much an illusion as its flatness. The works all over London on the Crossrail project regularly causes disturbances as big or bigger than any fracking operation, according to the government’s commissioner for fracking, Natascha Engel. But the profound disquiet caused by the notion of the deliberate earthquake is what lies beneath so much of the debate on fracking.

In 2011, a pair of earthquakes were recorded close to the Preese Hall fracking site in Lancashire, the greatest of which was of magnitude 2.3 on the Richter scale, enough to knock the melon off its table without help. There are some 15 similar sized quakes every year in the UK, but the proximity of these two to the fracking site caused particular dismay.

Last year, two quakes in four days caused stoppages at the New Road fracking site in Lancashire. They were smaller than the Preese Road quakes, but still beyond the threshold of 0.5 introduced by the government. The shutdowns were expensive to the drilling company, Cuadrilla: it’s been estimated at £94,000 a day.

Francis Egan, chief executive of Cuadrilla, described these limits as “extremely challenging”. Tony Bosworth, of Friends of the Earth, said that the industry supported these regulations to begin with, but found themselves unable to work within them. Which is why, he says, the fracking industry is now calling for a bit more leeway in the earthquake department: the right to cause slightly less gentle earthquakes.

Claire Perry, the minister for energy, said that it would be “a very foolish politician” who backed the relaxing of standards. In other words, the public opposition to fracking – whether it is logical, informed, emotional or purely visceral – is a serious matter for people who need votes to stay in power. It’s not necessarily about facts. It’s also about what people believe. And feel.

It is not enough to paint all objectors as hysterical, ill-informed, illogical and foolish, no matter where you stand in this debate. The classic tactic against local opposition is to brand them all as Nimbys: Not In My Back Yard – hell, they wouldn’t care if it was 20 miles down the road, but they selfishly put their own interests ahead of those of the wider public and the greater nation.

I have always had sympathy for Nimbys: they are, after all, just people trying to protect something they love. Local objections at Misson in Nottinghamshire have caused concern at the IGas exploration site at Springs Road, which was running 2,000m deep and going strong when I visited the site a couple of weeks ago.

Outside, every day and in all weathers, you’ll find Dawn Collier, local resident. She is both amiable and implacable: on cheerful terms with all, including site security, and profoundly against what has been imposed on her village. On the day I visited the site, she was out there in the rain, the hood of her anorak framing a friendly face. She is not one of those instinctive protesters, but the situation has, it seems, forced her into action. She prefers not to speak: rather to let her act of witness stand for itself. Don’t worry, she’ll be out there again tomorrow.

The village, a tight little spot off the main roads and not on the way to anywhere, has known a fair bit of fracturing itself. People are divided between the enthusiastically pro, the uneasy, the very uneasy and the horrified. And they must all find a way of living alongside each other. There are two pubs in the village: I was told that one was for pro-frackers and the other for antis.

So I attended an informal meeting between Natascha Engel, commissioner for fracking, Ard Battye, IGas asset manager, and two members of the village. These were Peter Edwards, chairman of the Community Liaison Group, which represents the villagers’ concerns to the IGas operation, and Jayne Watson of Misson Parish Council. We sat around Edwards’s dining-room table without rancour, a room full of cheerful bottles that remained corked.

Edwards and Watson are both ordinary villagers minding their own business – and suddenly find themselves with their own pleasant village on one side and a multi-billion-quid organisation backed by national government on the other. It is impossible not to admire both their cool and their degree of preparedness.

They are both strongly influenced by the notion of duty: a duty to their village and its people. Edwards spoke of the way the issue had been “hijacked by the greed agenda”. His business is strictly local: to make sure that big money and big government do not act unlawfully or unfairly, or to the detriment of Misson and its inhabitants.

“They said there was no Site of Special Scientific Interest within range of their exploration – we said, hang on!” They pointed out that Misson Carr, a lovely chunk of wet woodland known for its owls, was a stone’s throw from the proposed site. It was an early warning that IGas weren’t going to be allowed to get away with anything.

Nottinghamshire Wildlife Trust campaigned for years to get Misson Carr established, and were dismayed when permission was given for gas exploration right alongside it. “It’s a protected site, an SSSI,” said Erin McDaid, speaking for the trust. “Any project that puts such a site at risk should have been refused.” Neither owls nor villagers have been listened to.

Edwards and Watson represent the reasonable and local side of protest: people who have had something they didn’t want imposed on them by a government that believes that it knows what’s best for us, regardless of what we happen to feel about the matter.

“The elephant in the room is this: what about the future?” Edwards said. “How many years do you propose staying here?” To which Battye replied: “We won’t know until we’ve finished exploring.” Which is both honest and no kind of answer at all.

Behind all this is a concern about the loss of democracy. Planning permission for the site was granted by Nottinghamshire County Council. “The parish council was a consultee in the process and raised a number of objections to the application, but these were overruled,” Edwards said. After all, whose village is it anyway? Frack Free Misson later added, less temperately: “The government’s policy has overridden local decisions and democratic and human rights.”

Watson said: “What were most concerned about is that the decision-making process will be taken away from the people on the spot. We would lose all trust if it was done remotely.”

Both Edwards and Watson conducted themselves impressively: dispassionate and knowledgeable, putting forward the concerns villagers had expressed to them, never getting angry, but never getting steamrollered.

On the other side of the table, Battye, the asset manager for IGas, is a big man bursting with enthusiasm for what he does. He is thrilled by the task of exploration and convinced that successful development of the project will bring all kinds of benefits to us all. Natascha Engel, the commissioner for fracking and a former Labour MP, is is committed to the notion of a fair and prosperous society. Her business manner is kindly, direct and knowledgeable. She has a convert’s zeal for the process of fracking, understanding the misgivings expressed to her but confident that the process will help everyone, even – or perhaps especially – those who live near the site.

Frack Free Misson said straight out that they don’t trust IGas. “Communication is very poor, inaccurate and spasmodic. There is a pattern of refusing to speak to locals or answer questions. IGas is a commercial company whose sole interest is share price and investors,” it said.

Stuff like this adds a further level of unease. Unwanted things have been imposed on a community to please an energy-hungry electorate. Or perhaps a money-hungry corporation whose shareholders are not overly concerned about villagers. The perceived violent nature of the fracking process adds a dramatic intensity to this sense of unease.

The fact is that wherever fracking is proposed, it is opposed. You can talk any amount of good sense about the mildness of earthquakes, the demand for energy and the potential for Britain to become the European leader in the fracking industry, but the fact is that everywhere you want to establish it, there will be opposition.

But what about cheap energy available to us all? Isn’t that what we all want? Caroline Lucas, Britain’s one Green Party MP, said: “Even the people on the forefront of fracking ideology are saying it is not going to lead to lower prices… Fracking threatens our countryside, our climate and our communities and it will do nothing to reduce energy prices.”

Perhaps the loudest opposition comes from organisations like Greenpeace and, especially on this issue, Friends of the Earth. These were once seen as fringe organisations; now, in this issue at least, they are representing something close to a consensus view.

This has led to a certain cynicism within the fracking industry: fracking is the best thing that has ever happened to Friends of the Earth, the last thing they want is for fracking to go away, they’re never out of the headlines these days and membership is booming as a result – they can’t get enough of fracking!

Which is all witty and amusing, but why does fracking excite such opposition? Greenpeace and Friends of the Earth did not invent the opposition to fracking; they just caught the wave, as effective campaigning organisations do.

The remarkable story of the 1980s peace camp at Greenham Common

More earthquakes might be linked to fracking than first thought, according to one US scientific study

All photographs by Getty Images