Axios, the must-read US digital news service, published Donald Trump’s fascinating daily schedule, revealing the extent of his “Executive Time” – aka the acres of time he leaves to himself. (It’s up for debate whether he’s really smart to do this or sitting upstairs in the White House watching Fox and tweeting. Or both?). But we were interested in something else: the people organising his time. It’s a measure of who’s got sway in the White House: 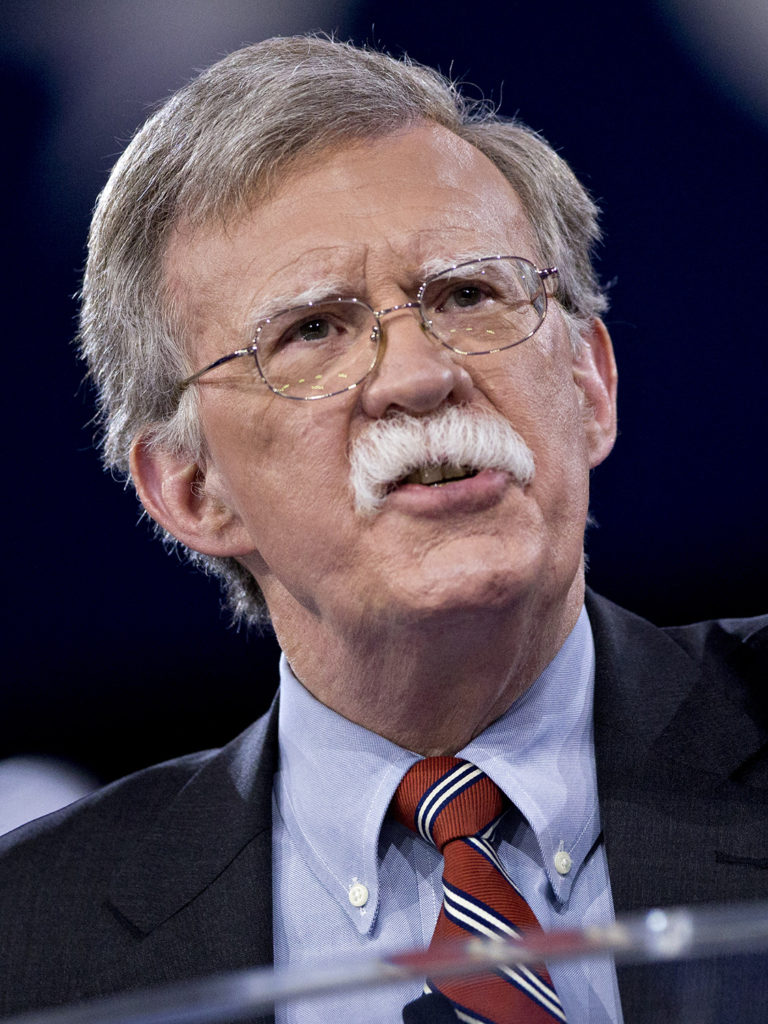 John Bolton: 20 hours Intelligence briefings, foreign visits, meetings with foreign leaders Trump’s foreign policy adviser. Because of a trip to Argentina for the G20 summit, John Bolton had the biggest handle on Trump’s calendar during this period. Otherwise his meetings with Trump consist of half-hour “intelligence briefings” a couple of times a week. Bolton is generally hawkish in his views on international affairs and in favour of using US military force abroad. Although Trump thinks he can “art-of-the-deal” it with North Korea and curtail their nuclear ambitions, Bolton’s ideas are more “fire and fury”. He has expressed many times that he thinks the US should bomb them. His policy on Iran is similar. Bolton has had a long career in government. Between 2005 and 2006 he acted as the US ambassador to the United Nations. He doesn’t think much of the international body, however. He once said: “There is no such thing as the United Nations.” 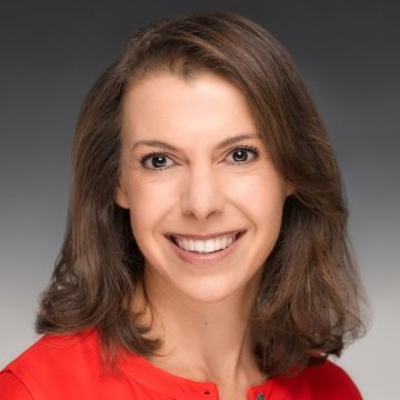 Shahira Knight: 15 hours, 35 minutes Meetings with members of Congress, legislative committees, signing of laws As deputy director of the National Economic Council (NEC), Knight serves as a trusted economic adviser to the President. She was a key player in one of Donald Trump’s big legislative wins – the changes to the tax bill which were passed last year. Knight is a Washington veteran. She climbed the ranks to a senior position in the House Ways and Means Committee in the 2000s, so she is an expert on the labyrinthine intricacies of US tax policy. 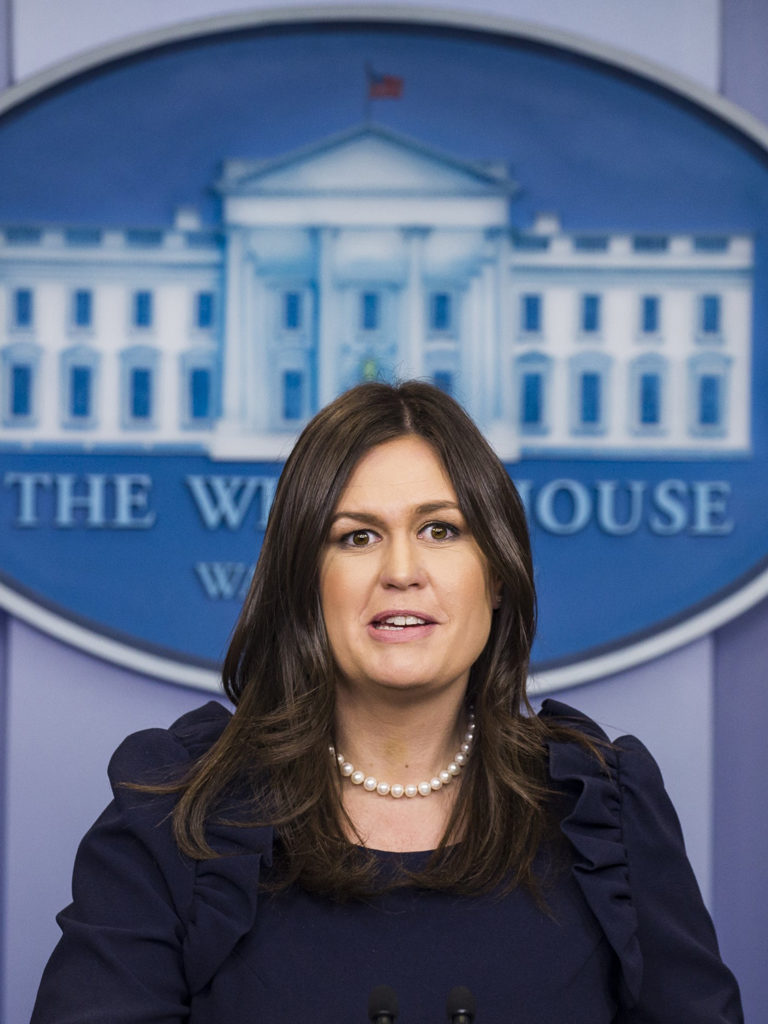 Sarah Sanders: 13 hours, 25 minutes Meetings with the President, media briefings and media engagement Sarah Sanders, Trump’s press secretary, is not a Washington insider in the same vein as some of the President’s other acolytes. Her father, Mike Huckabee, was a pastor turned Republican candidate who first became involved in politics in 1992, when Sanders was a child. She grew up on the campaign trail and it became her career. Sanders served as a campaign manager for a number of other Republicans before joining her father’s bid for the 2016 elections. Sanders became a trusted media voice for Trump during his campaign and took over from Sean Spicer after his angst-ridden tenure as press secretary in 2017. 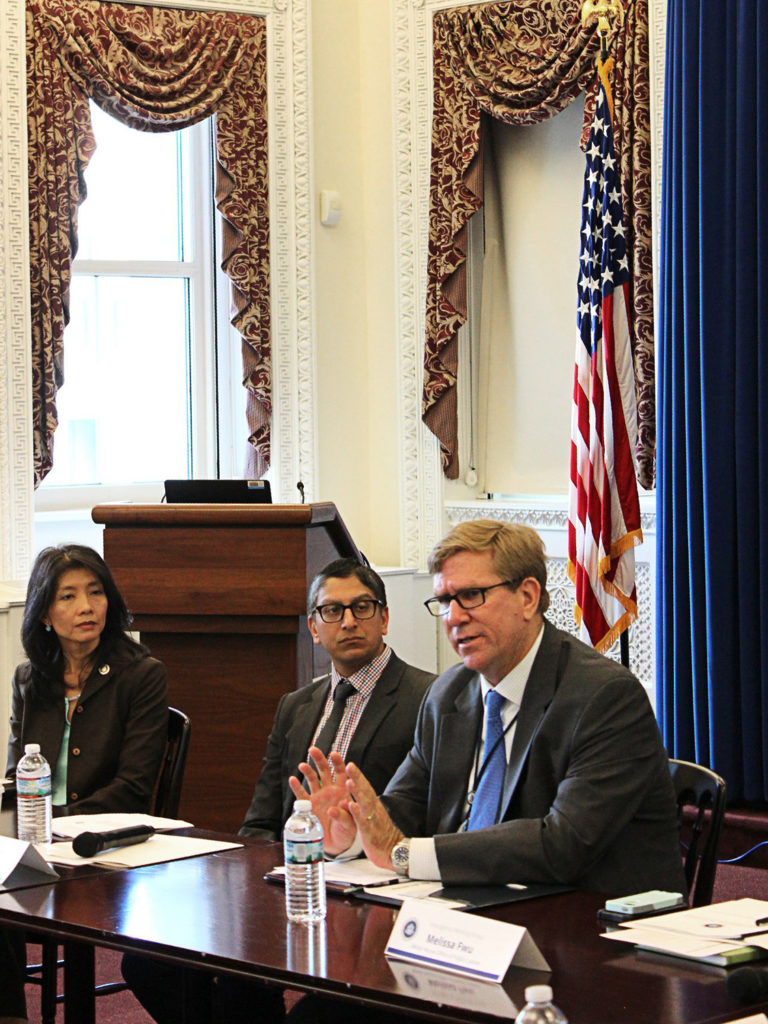 William McGinley: 12 hours, 55 minutes Organises Trump’s appointments with the Secretary of State and other senior officials Donald Trump’s cabinet secretary, McGinley trained as a lawyer but has had close ties to the Republican party for a long time, serving as a political attorney. In 2012 he acted as counsel for the Republican convention rules committee. 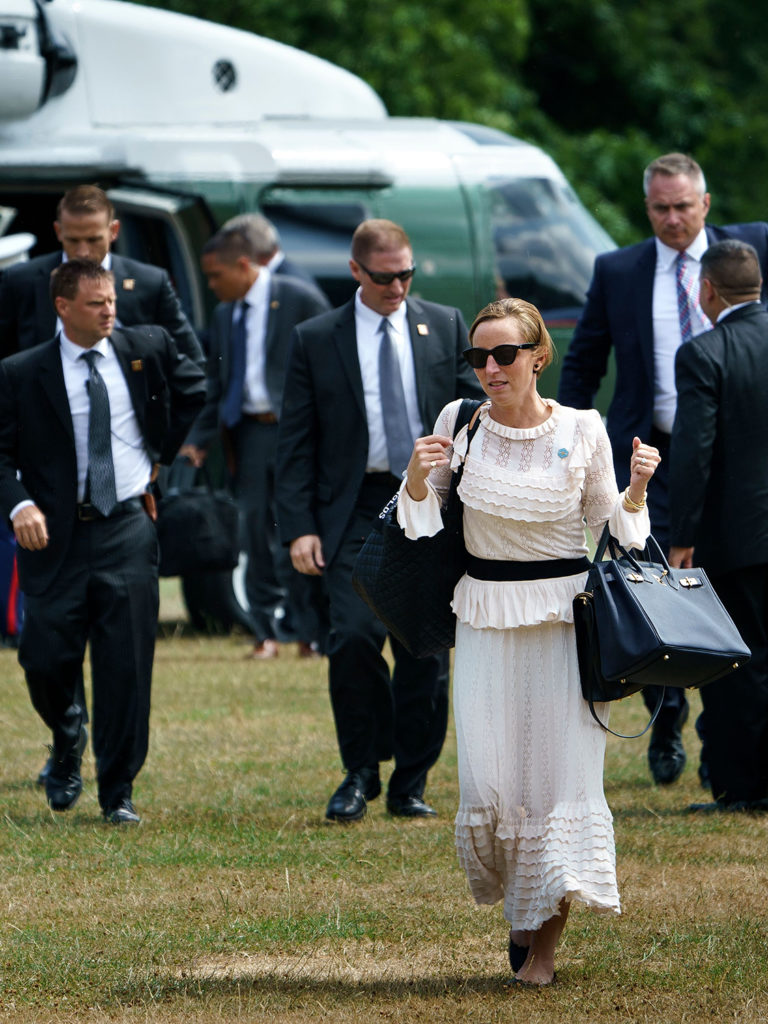 Lindsay Reynolds: 10 hours, 55 minutes Organises events which the First Lady attends Melania Trump’s chief of staff, Reynolds joined the White House in 2004 under President Bush. She was associate director of the White House Visitors Office during the Bush presidency. Prior to entering politics, Reynolds taught eight and nine-year-olds in Ohio. In her current rule she is mainly responsible for organising public-facing events such as Christmas and Hanukkah receptions. She can also be spotted carrying the First Lady’s Louis Vuitton luggage. 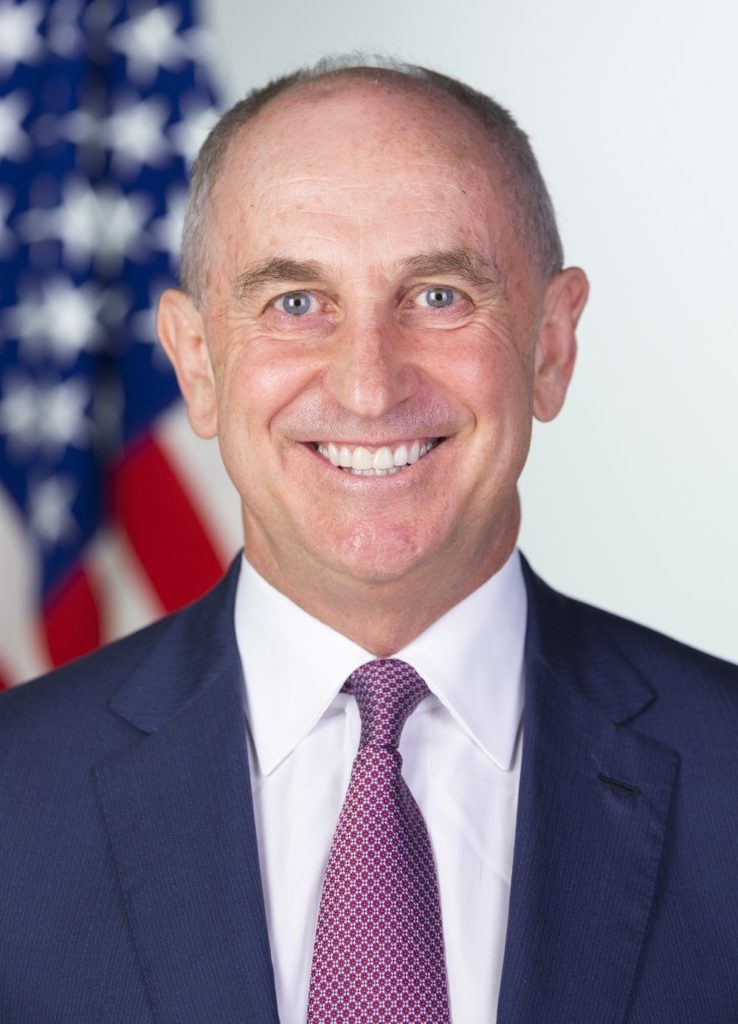 Christopher Liddell: 10 hours, 15 minutes Policy time Liddell is Trump’s deputy chief of staff. He started his career in his native New Zealand, working in finance. Liddell has strong business credentials, he moved to the US and became CFO of Microsoft in 2005. He entered Republican politics as the head of the transition planning team for Mitt Romney’s 2012 presidential bid. When the Wall Street Journal got wind of the fact that Trump was considering Liddell as leader of the NEC, the editorial board argued against it, contending that his “weakness is policy”. His main role is as point person for Trump’s “policy time”.   Tim Pataki: 5 hours, 20 minutes Signing executive orders, photo opportunities Pataki is an aide with his fingers in a few pies, including legislative affairs and public engagements. Pataki previously worked for California Republican Kevin McCarthy, who has held a seat in the House of Representatives since 2007. 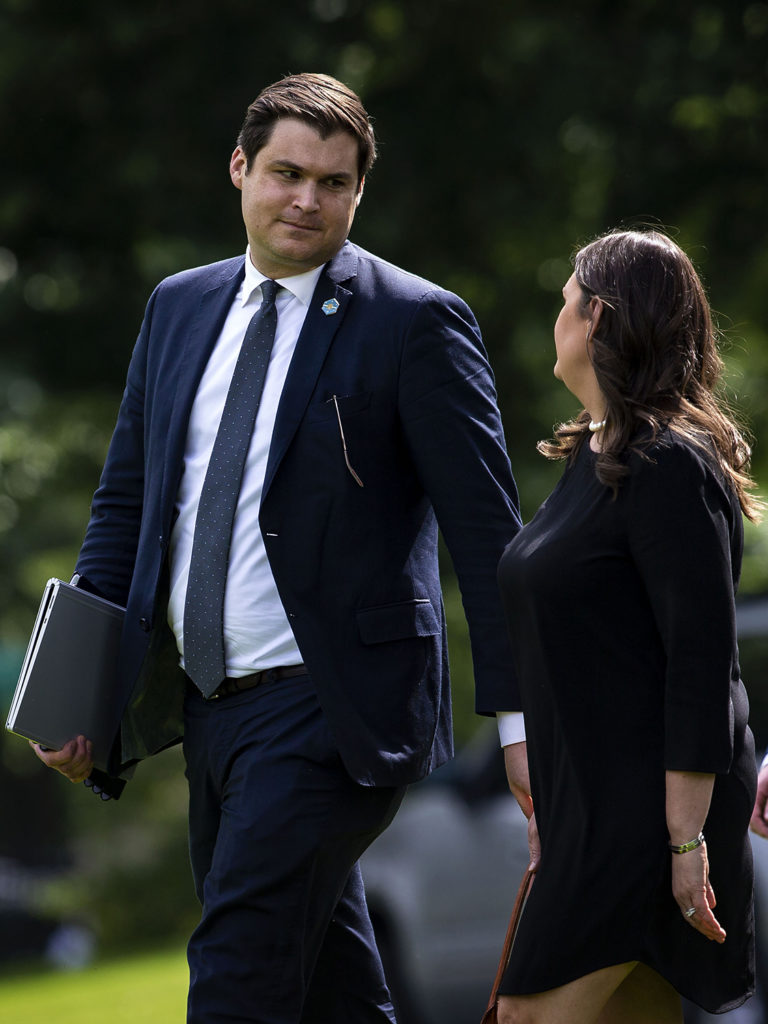 John DeStefano: 5 hours Presidential personnel, roundtables with community leaders, border wall briefings A senior aide in the West Wing, DeStefano is in charge of the office of presidential personnel. His remit also covers roles in the office of public liaison, which oversees engagement with supporters and external groups. DeStefano entered Trump’s White House as an ally of Reince Priebus, Trump’s first chief of staff, but he managed to hang on even after Priebus was ousted in July 2017. 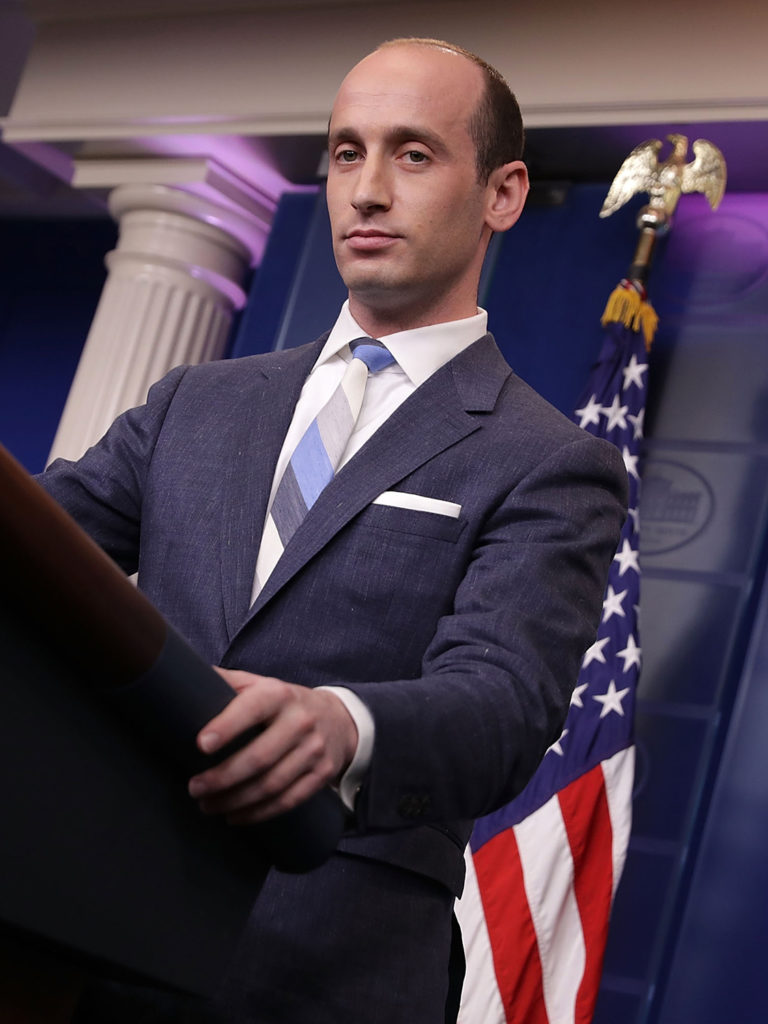 Stephen Miller: 5 hours Speech prep for State of the Union address Miller started his career at the edges of the Republican party, working as press secretary for Michele Bachmann, a conservative Congresswoman who represented Minnesota. Before entering Trumpworld, Miller served as a senior aide to Jeff Sessions, who was attorney general from 2017 to 2018. Now a senior policy adviser in the Trump coterie, Miller has enjoyed a meteoric rise under the present administration. Miller earned his stripes as a reliable spokesman for the Trump campaign in 2016. He penned Trump’s inauguration speech and is the brain behind some of Trump’s most contentious policies on immigration: the Muslim ban, family separations and cuts to refugee numbers entering the US. 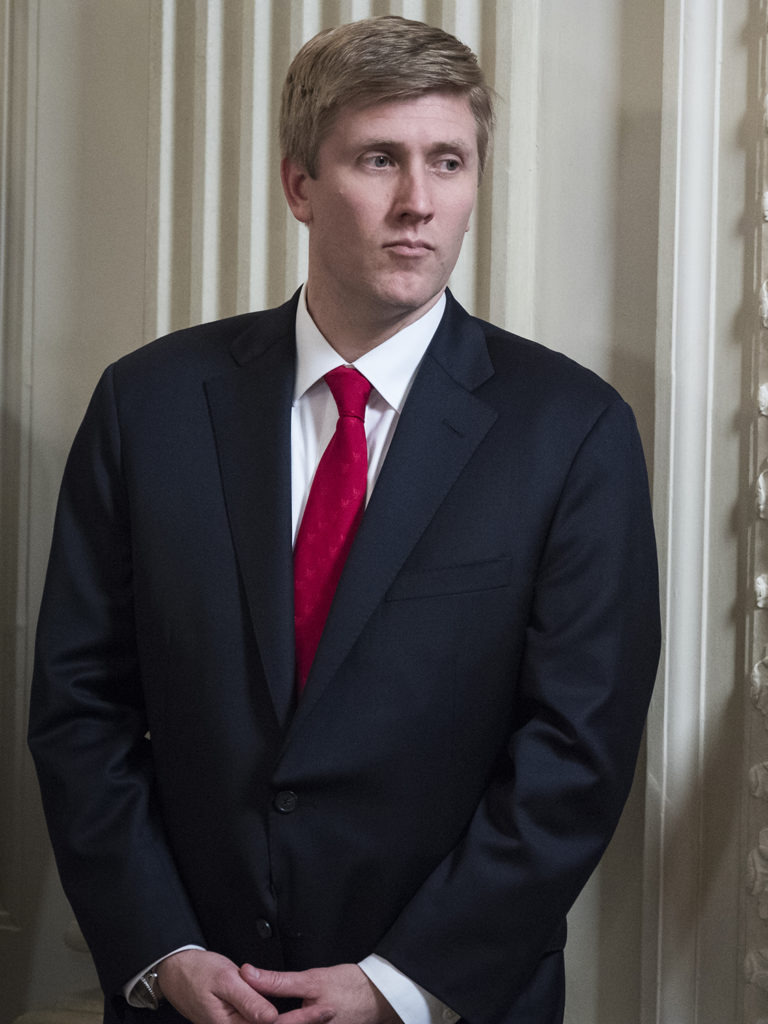 Nick Ayers: 4 hours 30 minutes Lunches with the Vice President, policy time Mike Pence’s chief of staff. Ayers earned Trump’s admiration for his deft handling of the Vice President’s affairs. Trump was lining him up to take over from John Kelly as his chief of staff, but he declined and announced his departure from the White House at the end of last year. The New York Times speculated that Ayers took a swift exit because he didn’t want his life and career to come under the microscope.